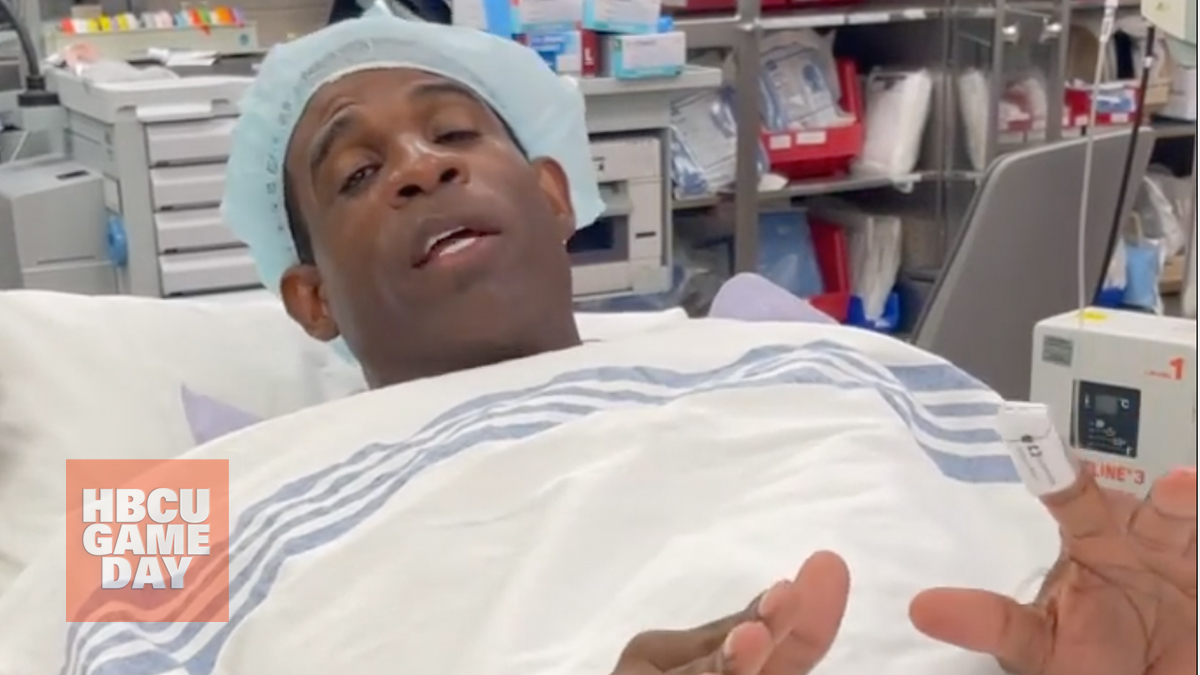 Jackson State head coach Deion Sanders is undergoing in-season surgery that will take him off his feet, but not off the sidelines, for a few weeks.

Jackson State doesn’t put out a weekly injury report — but if it did — Deion Sanders would be on it.

Sanders is getting in-season surgery for a nagging foot injury ahead of this week’s game against Delta State. Over the past few weeks, he has been posting photos of himself in a foot brace or barefooted while doing interviews and coaching. Wednesday he posted a series of videos from the doctors office detailing what he was dealing with.

“I’ve been having excruciating pain. I’ve been barefooted during games, barefooted in practice all the time because of the pain. And I couldn’t take it anymore,” Sanders said. “And I have a high tolerance for pain.”

“You’ve got an old claw toe and your second toe is dislocated,” Dr. Jim Hurt told Sanders in one of the videos.

Doctors are shortening his second toe by cutting the bone and straightening out his first toe to give his second toe more room. He won’t be able to put any weight on his toe for six weeks. Sanders will still be able to coach, but he’ll have to use a scooter.

“You’ll have a boot and be scooting around, but still be able to get out there and coach and do what you normally do as fast as you were walking around. Maybe even faster on the scooter.

In typical Deion Sanders fashion, he videoed himself on the operating table. He promised to give away merchandise to followers who guessed how long it would take for the anesthesia to put him down.

“We looked in right now, like I want my team locked in on Saturday,” he said. “Get ready, because it’s about to go down.”

JSU (2-1) will face Delta State in its home opener on Saturday.