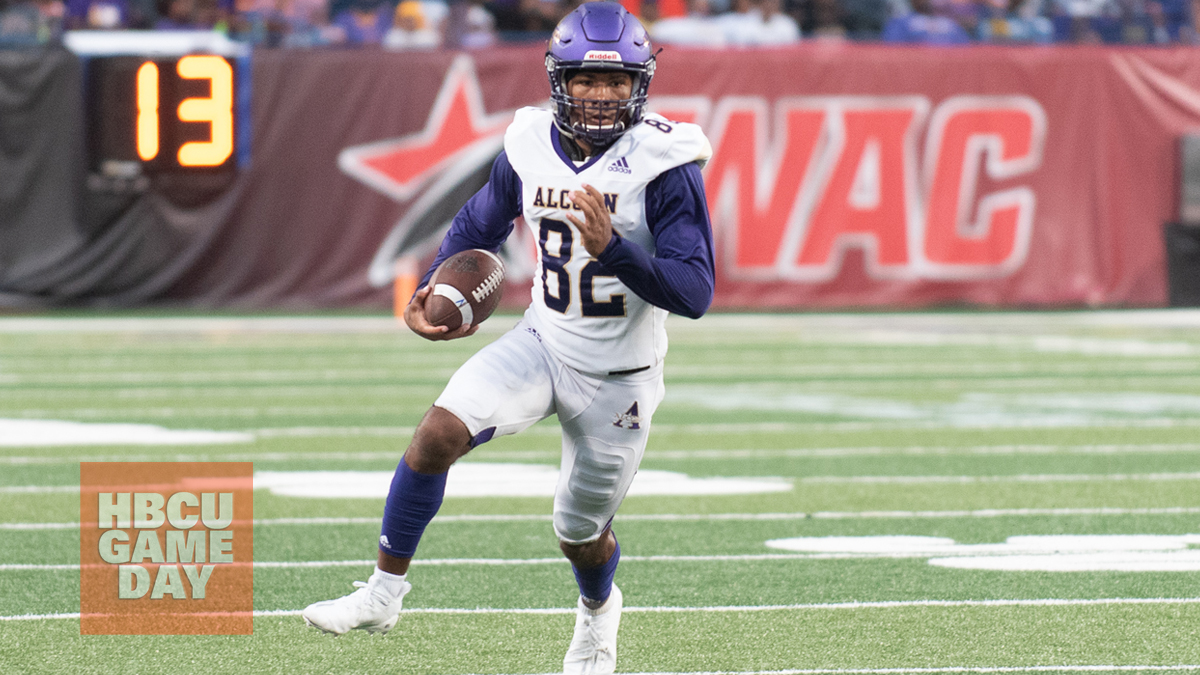 Despite a lack of practice due to no full-time training staff, Alcorn State gave its all. The players deserve that in return.

After the week that the Alcorn State program had leading up to Saturday, no one would have really blamed them if they came out and laid an egg.

Instead, the men from Lorman went out on just a couple of days practice and gave South Alabama all it could handle. In the end, the FBS program did what it was supposed to do, coming away with a 28-21 win over the SWAC program. But it wasn’t easy, and ASU made sure of that.

Alcorn State made national headlines last week — not because of a rare win against an FCS PWI (predominately white institution) in Northwestern State. It was because it had to sit out multiple days of practice due to a lack of available training staff.

ASU doesn’t have a full-time training staff, and the one that it used was unable to fulfill those needs due to COVID-19. Eventually, the issue was taken care of enough to get it back on the field and practice for a couple of days.

USA took a 7-0 lead early in the second quarter, but Alcorn State’s opportunistic defense recovered a pair of turnovers and took advantage to go up 14-7 at halftime. Jason Longcour scooped up the first score in the end zone and then Javonta Leatherwood capped a six-play drive with a one-yard score.

But South Alabama came roaring back in the third quarter, scoring 21 unanswered points to take a 28-14 lead into the fourth quarter.

After the amount of adversity it had faced to simply get to the game, Alcorn State was not about to quit. It went on a seven-play, 30 yard drive that resulted in a two-yard scoring pass to Juan Anthony Jr.

That would be all the scoring in the game, as ASU failed to get its offense off the ground the remainder of the game. ASU wide receiver C.J. Bolar was not surprised by his team’s performance despite the challenges that it faced.

“We really came in expecting to win, so coming up short hurt a little bit. I’m glad we went out there and we fought for sixty minutes,” Bolar said. “Coach Mac always tells us don’t make excuses, find a solution. And that’s pretty much what we did. We got out there and practiced good two days, and we didn’t make no excuses this week.”

Bolar led ASU in receiving with five catches for 128 yards. Harper finished 20-for-33 passing with one touchdown and one interception.

Head coach Fred McNair couldn’t say enough of about his team’s resiliency after the game.

“I can’t stay enough about these young men, the way they played today. Effort is there. They played hard. They didn’t give up. Kept fighting. I’m just so proud of the young men we have here. Just can’t say enough how proud I am,” he said.

“We played against a good football team. South Alabama is a great football team. You talk about going up, playing hard, fighting through, perceiving — these guys did it.”

Indeed, Alcorn State did that and then some this week.

As for the adversity it has had to overcome, the powers that be must have a “Come To Jesus” meeting soon and very soon. For a football program to be as successful as it has (six-straight division titles from 2014 through 2019 and four SWAC titles in that span), bringing as much money and attention into the university as it has, its unacceptable to ask the young men to put their bodies on the line to represent the university and not even be assured of proper care.

The issue came to the forefront last week, but it did not start then. The issue was there last month when ASU got millions in exposure when the same young men competed in the MEAC/SWAC Challenge. By all accounts, it was the reason that the program was the only one in the SWAC not to compete this spring.

At some point, the university has to step in and make a permanent stand for the young men who wear the purple and gold. To do right by the program and not allow basic necessities to become luxuries. The saying is that athletics are the front door to a university. The cracks at Alcorn State’s front door keep getting bigger and at some point, the head of the house has got to make a move to secure it and make it a safe and secure one for its student-athletes.