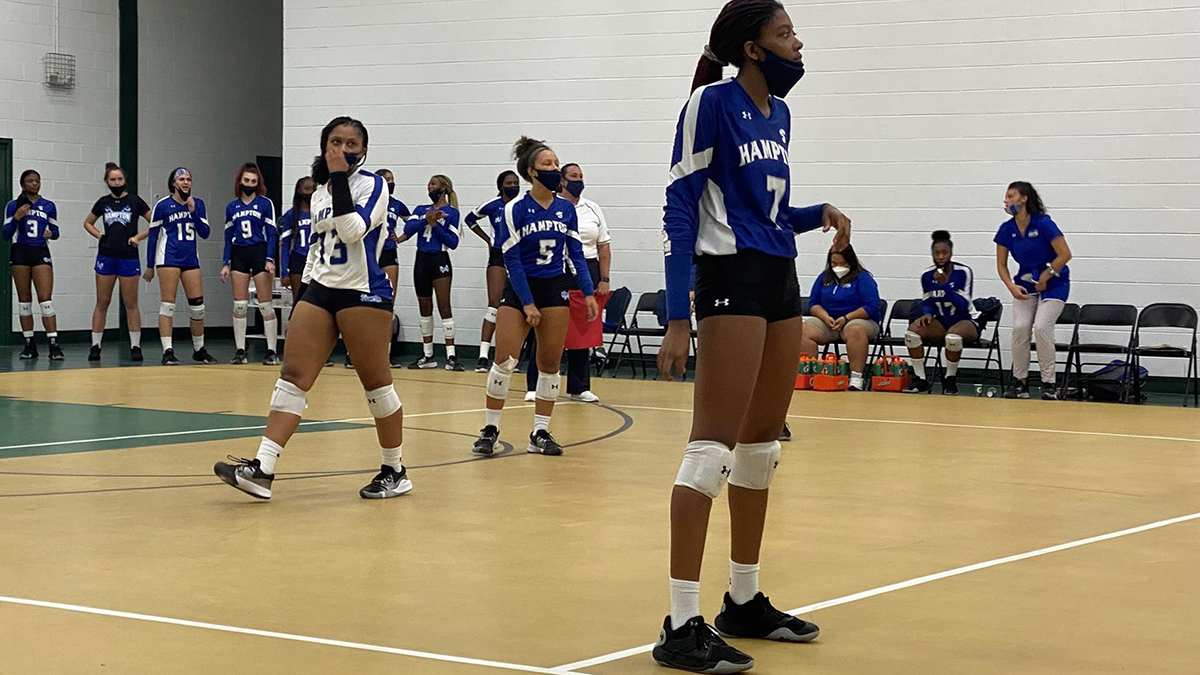 Hampton Volleyball went across the water and came away with a solid win over long-time rival Norfolk State on Tuesday.

Hampton volleyball gets the win over rival Norfolk State

NORFOLK, Va. – They say in rivalry contests you can always throw the records out.  The 2021 Battle of the Bay volleyball match was no exception on Tuesday night.

The win was the first for new head coach Sonja Maksimovic and came with a wild fifth set that saw 12 ties and five lead changes.  Hampton held the largest lead of the final set at 6-3 after a Gabby Calloway kill.  Norfolk evened the match at seven following a Shonte Seal kill which was the first of 10 ties in the final 13 points.

Both teams had chances to win in the final stages as the teams were tied at 14, 15, 16, 17 and 18.   Smith smashed Hampton to a 19-18 lead following her 16th kill of the night and Hampton clinched the win after an attack error by the Spartans for the final point.

Hampton used an 8-3 run midway in the first set to gain a 14-9 lead after an attack error by NSU.  The Spartans got to within two points on a couple of occasions, but Hampton regained its five point advantage and won the opening set 25-19 after an Isis Black kill.

In the second, Hampton held the lead throughout as they were up as much as nine points after a service error to lead 20-11.  Norfolk State cut the lead in half, but the Lady Pirates used a Smith kill to take set two 25-20.

Norfolk State took sets three and four without giving up the lead to set up the wild fifth set.