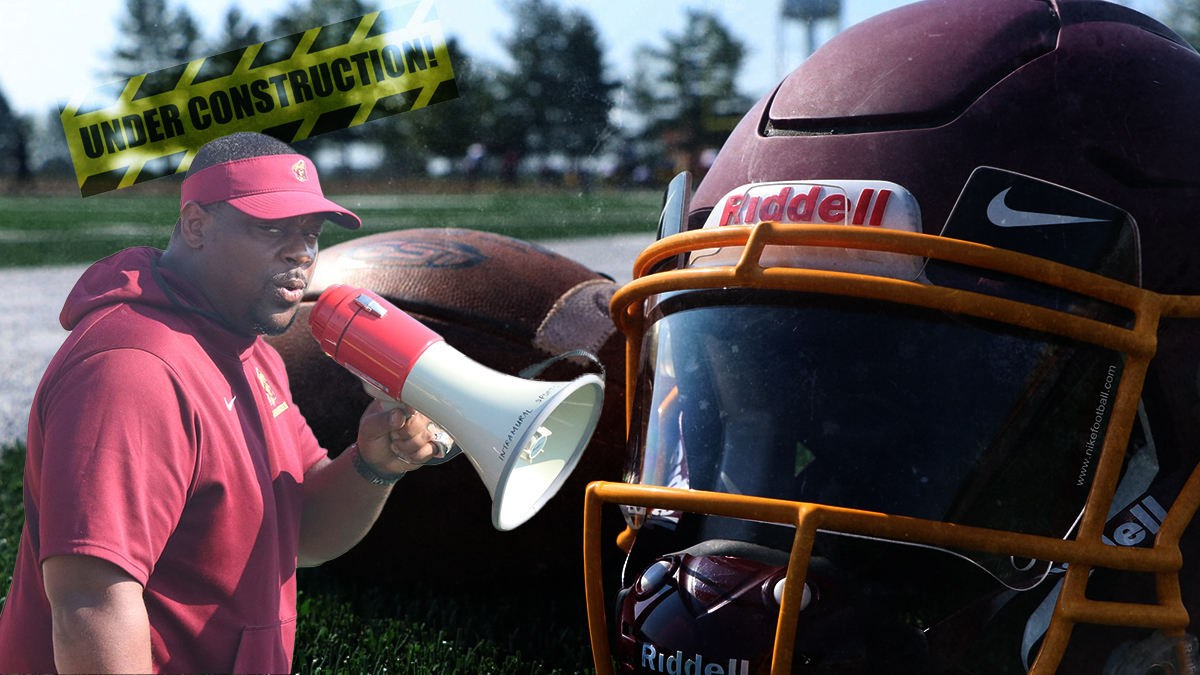 Central State has the look of a renewed football program with Bobby Rome at the helm. The journey starts at Ohio State.

Ohio State has a great football tradition. But so does the state of Ohio. And that definitely includes Central State University.

The Marauders were a national and HBCU power during the 1980s and 1990s, winning multiple HBCU and NAIA titles under head coaches Billy Joe and Rick Comegy.

That was way before any of new head coach Bobby Rome’s players were even thought of. But he wants his players to know and understand the tradition.

“Our current student-athletes have to know the national championships were won here at Central State,” he said. “But we have to meet them half way and I think your administration has done that. With all the upgrades to the facilities, they are showing that we’ve won national championships and that’s the expectation.”

But more than that, Rome wants the program to add to that history, starting this fall. In truth, it does feel like a new era in Wilberforce Ohio. Rome was hired in Feb. 2020 after overseeing Virginia-University of Lynchburg, a non-scholarship program that routinely took on NCAA Division II and FCS opponents.

“We just line up and hit folks in the mouth, and we line up and do it again. I feel like — joining the SIAC — we’re going to try to bring that same enthusiasm,” Rome said. “We’re not here for the song and dance, we’re here to compete get guys across that stage and get their degrees.”

CSU has also undergone extensive facility upgrades to McPherson Memorial Stadium. The biggest of which is the installation of a new field thanks to a $1 million gift from Pro Football Hall of Famer Willie Lanier via the Honey Bear project. There are also newly refurbished locker rooms and meeting rooms.

Rome’s players have yet to take the field against another team under him, but they say they can already feel the change.

“We feel like Coach Rhome has changed the trajectory of Central State in general,” tight end Robert Abrams said during media day. “Not only in athletics, like he made us go harder in the classroom. Even in workouts when we were working on our own, he made us bond together.”

Senior linebacker Kailen Abrams has been around the program his entire career, and he went even deeper. He said that Rome and his staff have dismantled some of the problems that have plagued the program in the past.

“The new coaches and Coach Rhome alone has dismantled certain attitudes. Dismantled personalities. Content behavior on the field. Being content. Being mediocre. Just destroyed it,” he said. “We’re moving from ground zero. Now we’ve got the new field and resources. It’s been a lot of changes in good way. I’m excited for our platform.”

The Rome-era will have a big platform to launch off with. CSU is set to meet SIAC West rival Kentucky State in the Classic For Columbus. The climax of the weekend will be Saturday’s game which will take place at “The Shoe,” home field of The Ohio State University.

The 34-year-old coach was asked how he would prepare his team for playing in the spotlight of such a huge, storied field.

The Norfolk, VA native played his college ball at the University of North Carolina, so he knows that most kids want to play at the FBS/Power Five level, and this is as close as they will get in college.

“A lot of our guys are from the state of Ohio. So they’ve grown up with aspirations, wanting to play at Ohio State,” he said. “But now they are wearing a Maurader uniform, and they are proud to be Mauraders. I think its a big step in the right direction to go out there and basically give the folks in Columbus an HBCU experience and we’re excited about that platform and that opportunity.

Winning the Classic for Columbus is the immediate goal for Ohio’s HBCU football program. But Rome sees the potential for so much more, especially with the recent upgrades.

“Ohio is a great state for football, and they play great football here,” he said. “We’re going to do what we can to get as many midwest kids as possible, then we’re going to drive down south and see what happens.”