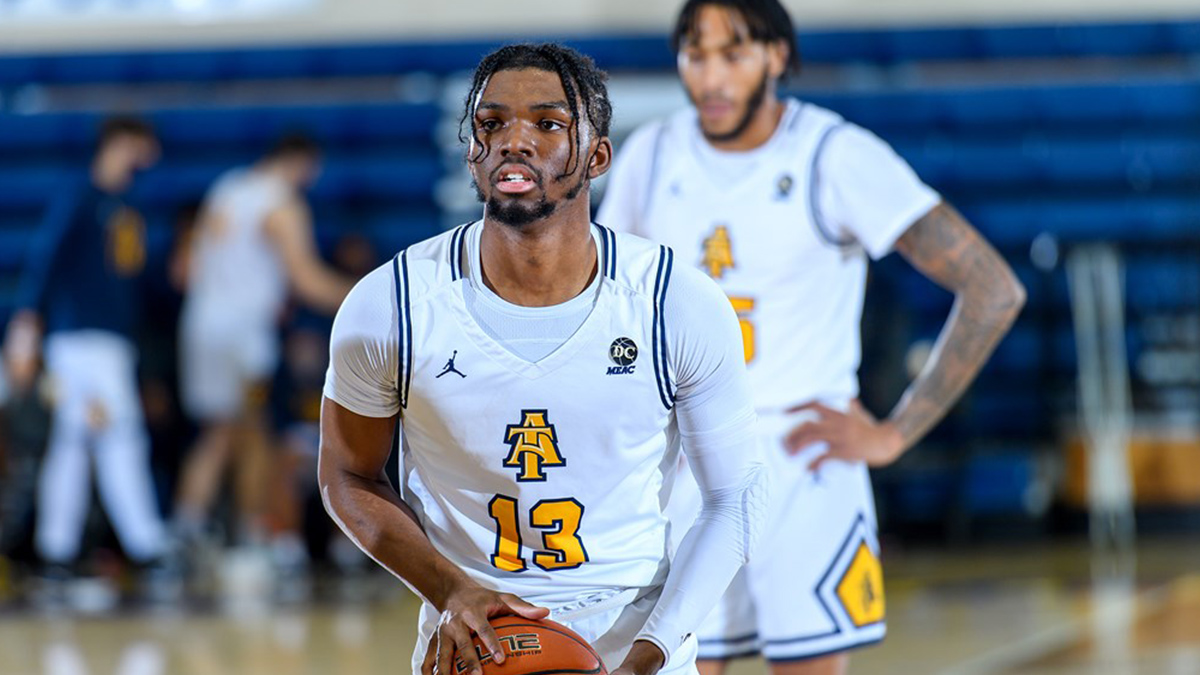 North Carolina A&T releases its 2021-2022 non-conference schedule. You may be surprised who isn’t on it.

N.C. A&T will scrimmage the Appalachian State Mountaineers (Oct. 28) and the Winston-Salem State Rams (Nov. 3) before opening up the regular season against cross-town rival UNC Greensboro on Nov. 9 at the Greensboro Coliseum.

UNCG has won the last four matchups against N.C. A&T as Mike Jones takes over as head coach for Wes Miller.

The Aggies will take the first of three trips down to Florida to take on Jacksonville (Nov. 13, 6 p.m.) and USF (Nov. 15) before returning to the Corbett Sports Center for their home opener against Greensboro College on Nov. 18.

Emerald Coast Classic (ECC) selected N.C. A&T to participate in its annual event. The Aggies will take on the Wake Forest Demon Deacons in the first round on Nov. 20 in Winston-Salem. N.C. A&T will be looking for its first-ever win over an ACC opponent.

The Aggies depart shortly for a west coast matchup against Power Five opponent Stanford in California on Nov. 23 as part of the program’s home-and-home agreement from last year. The Cardinal visited Greensboro last season in a COVID-inspired contest. However, Stanford was already in North Carolina and was restricted to play in California.

N.C. A&T heads to Tampa, Fla., for the rest of the ECC. The Aggies and Samford face each other on Nov. 26 at 1:30 p.m. The winner of that game will play the winner of the McNeese State/St. Francis game. The losers of each respective game will face off as well.

Carver Bible School visits #ClubCorbett on Dec. 3 for their second matchup in as many years, the first of which the Aggies won 112-46 on Jan. 16.

A four-game road trip ensues following the Carver game, starting with N.C. A&T traveling to Greenville, N.C., to face the East Carolina Pirates on Dec. 7. The last time the Aggies played at ECU, they came away with an 87-81 win on Nov. 26, 2017. The Aggies will then make the trek to Florida for the third and final time of non-conference play for a showdown with the University of Central Florida (UCF) on Dec. 11.

Johnson City, Tenn., will be the next destination as N.C. A&T faces East Tennessee State University (ETSU) on Dec. 14 before heading to New Jersey to meet Howard on Dec. 18 in the Hoop Dreams Classic, a two-game tournament founded by famous actor Michael B. Jordan.

Big South Conference play is scheduled to begin on Dec. 28. The Big South has not released its 2021-22 schedule. The Aggies will play as Big South members for the first time this season after 50 years of play in the Mid-Eastern Athletic Conference (MEAC).