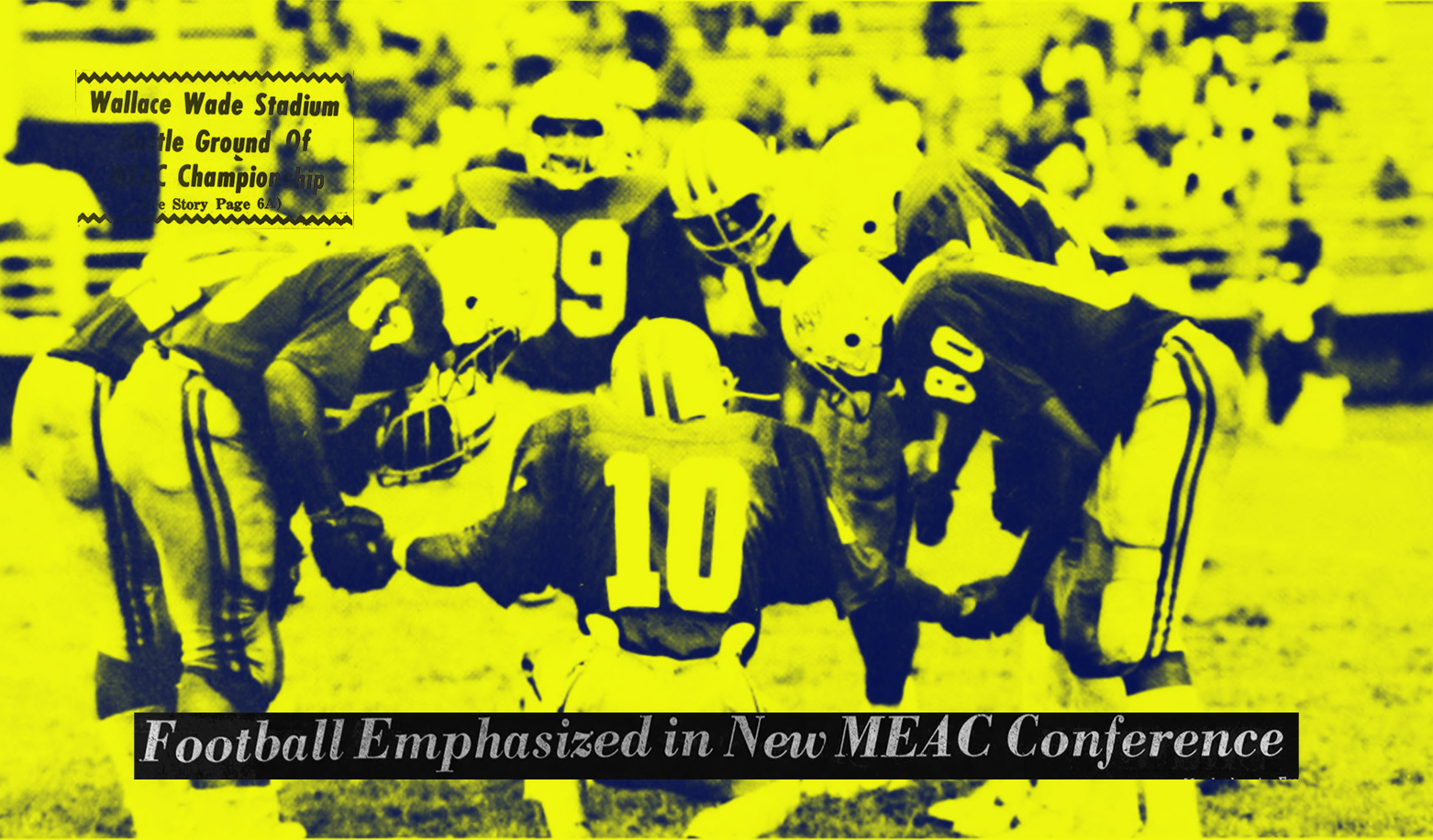 The History of NC A&T in MEAC Football: Part I

North Carolina A&T A&T was one of six schools to leave the CIAA to help start the MEAC in 1970. Here’s how its first decade went.

North Carolina A&T is closing the MEAC chapter of its history as it moves to the Big South on July 1, 2021.

That move comes 50 years to the day that A&T left the Central Intercollegiate Athletic Association (CIAA) for the MEAC.

For A&T, it’s more than leaving a conference. It is the end of a 50-year journey in a league that it has been integral in founding and maintaining since the group decided to break away from the CIAA and chase the money and prestige of big-time college football.

So we’re taking a look back at A&T’s football tenure in the MEAC from start to finish as it prepares to move out of an HBCU conference for the first time in its history.

A&T was a solid football program in the CIAA, winning five championships— four of them in its last two decades in the league under coaches Bill Bell, Bert Piggott and Hornsby Howell.

But Morgan State had 19 in roughly the same amount of time in that league, and with South Carolina State joining the six CIAA refugees, it was still primarily looked upon as a basketball school.

However, the Aggies got off to a promising football start.

The program was 19-18-1 in the first four seasons of the MEAC under Howell, who had led the team to an 8-1 campaign and the CIAA title in 1968. Howell’s final two seasons saw a turnaround, as the Aggies went 14-7-1 during that span. The 1975 season saw A&T go 8-3 resulted in a share of the MEAC title along with South Carolina State. Howell would resign in the spring of 1977, under duress from A&T alumni according to The Pittsburgh Courier.

Howell’s replacement, Jim McKinley, got off to a rough start by recording the program’s first-ever loss to Winston-Salem State, a program it had beaten 20-plus times. He would go on to lead A&T to a 7-4 record that season, but the next two seasons would see the Aggies dip below .500 again.

Threw for then-school record 41 touchdowns and 5,268 yards; numbers that were not approached again for another two decades.

The History of NC A&T in MEAC Football: Part I