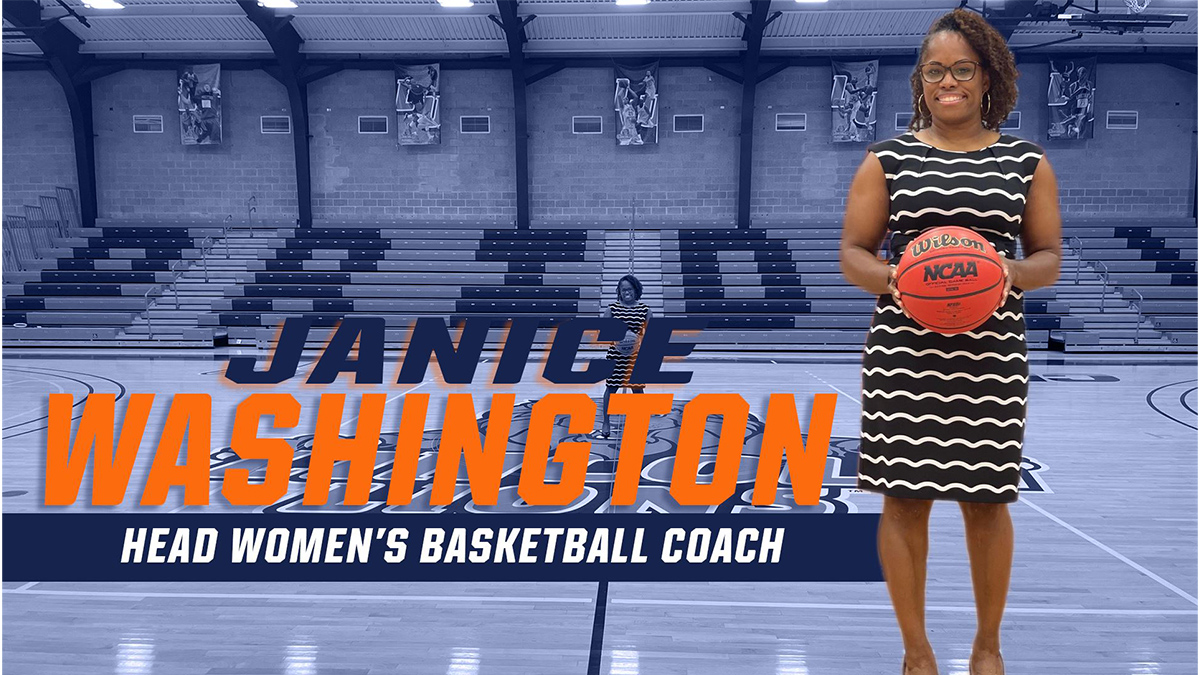 Washington, who will be the eighth women’s basketball coach in school history, replaces Darrell Mosley – who took an assistant coaching position at the University of Delaware.

“I am extremely excited to welcome Janice Washington as our next Head Women’s Basketball Coach,” said Stinson. “Throughout this process Coach Washington stood out as someone who was committed to the holistic development of the student-athlete and prepare them for academic and athletic success.

“Her background of being a former student-athlete and playing at an elite level, being a head coach at all levels of the game, her ability to identify and develop talent, win championships, and lead young women to reach their maximum potential on and off the court propelled her to the top of our list,” Stinson continued. “Her energy, passion, commitment to excellence, style of play, and connection to the CIAA are an ideal fit to continue the championship culture that has been created at Lincoln University. We are looking forward to coach carrying the torch and leading us to many CIAA Championships and becoming a perennial NCAA Championship contender.”

During her tenure with the Falcons, 17 of the 18 sophomores moved on to four-year institutions. Of those 17 student-athletes, five selected to play in the CIAA with three currently in the conference.

“I am humbled and grateful beyond measure for the opportunity to be the women’s basketball coach at The Lincoln University,” said Washington. “I would like to thank Dr. Allen and Mr. Stinson for their trust in me. I’d also like to thank my family for all their love and support through my years of playing and coaching. Finally, I’d like to thank Dr. LoBasso, Will Dunne, Robin Barr, and Alison Mohr for these last five years of leading and growing young people representing the Daytona State College women’s basketball program. I am looking forward to getting started at Lincoln and continuing to build on their recent success.”

Washington served as the Mid-Florida Conference Women’s Basketball Chair from May 2018 through May 2021. She currently serves as the Region VIII State Chair for Women’s Basketball, is the Event Coordinator for the Annual NJCAA Top 40 All-Star Event, and is a member of the NJCAA Top 40 Selection Committee.
Before Daytona State, Washington spent three seasons during her second stint as the assistant coach at her alma mater, Campbell University. She spent a total of nine seasons with the Camels, developing both perimeter and post players. She was also responsible for all scouting and film exchange during her first stint, while assisting with on and off-campus recruiting.

In between her two stints at Campbell, she spent the 2012-13 season leading Lackawanna College, a Division II junior college in Scranton, Pa. and the 2010-11 campaign, while working in Vicenza, Italy as the assistant girls basketball coach at Vicenza High School. The team improved from 1-22 to 17-3 to earn the program’s first European Championship (US equivalent to a state championship).

In addition to coaching, Washington has also worked in Fort Sill, Okla., Vicenza, Italy, Alexandria, Va., and Scranton, Pa. for the U.S. Army from 2008-2011. She served as the Advertising and Commercial Sponsorship Program Coordinator in Oklahoma and Virginia, earning the Department of the Army Achievement Medal, the fifth-highest award for civilian service, while at Fort Belvoir.