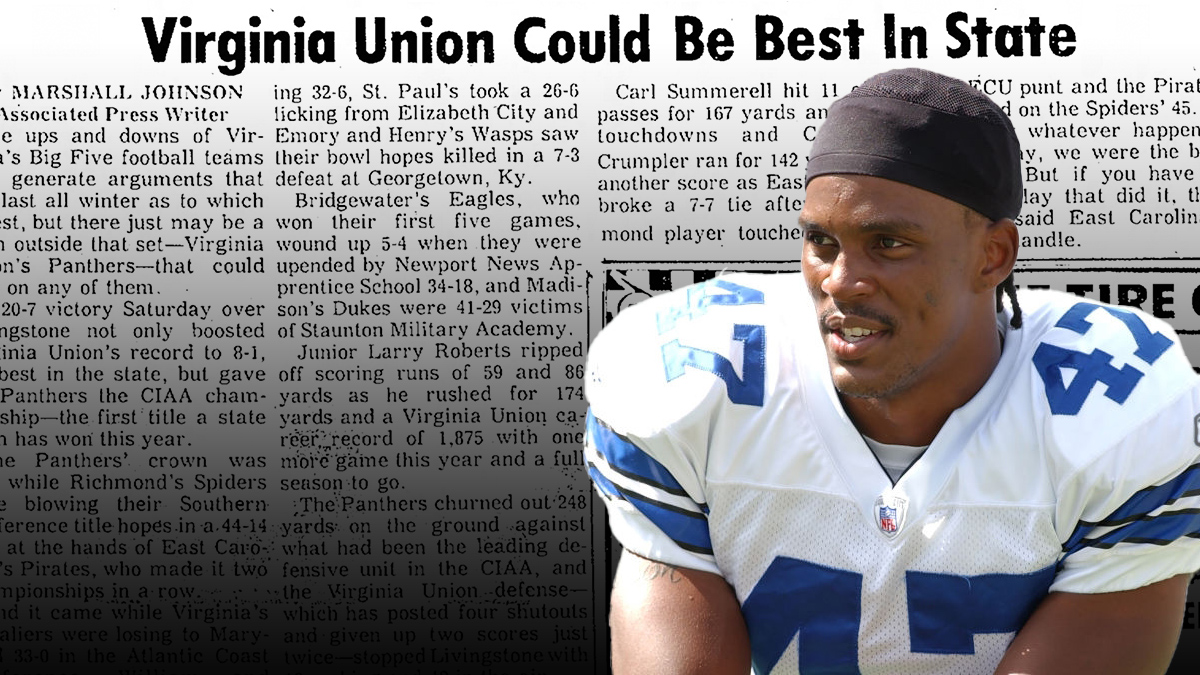 Virginia Union has chosen a 2021 Hall of Fame class that includes the current CIAA Commissioner, a former NFL DB and a legendary football squad.

Virginia Union University will induct eight individuals and the 1973 VUU football team, which won the program’s first CIAA title in 50 years, into the VUU Athletic Hall of Fame. The list was released on Tuesday, June 22.

Melvin Edison competed in track & field at VUU from 2006-2010 and specialized in hurdles and sprints.  During his four years at Virginia Union, he won the CIAA Championship in the men’s 60 meter hurdles in 2010 and earned All-American status in the same event in 2009. Edison also earned All-American status in the 110 meter hurdles in 2010.  In total, he was a 3-time All-American and 8-tim All-CIAA performer in indoor and outdoor track & field.  He was also the VUU Athlete of the Year in 2008 and 2010.

Ralph “Pete” Hunter played football at Virginia Union from 1998-2001 and was named NCAA Division II All-American and Black College All-American as a senior.  As a sophomore 40 tackles, 2 sacks, 10 passes defensed, 6 interceptions (led team), 2 fumble recoveries and 3 blocked kicks.  As a junior, he recorded 52 tackles (third on the team), 9 tackles for loss, 3 interceptions (second on the team), 3 recovered fumbles and 13 passes defensed (led the team). In his last year he was switched to strong safety, helping lead his team to the 2001 CIAA football championship, also led the conference with 11 interceptions (1 per game) and 6 blocked kicks, while also making 50 tackles and 13 passes defensed (led team).  He finished his college football career with 10 blocked kicks and graduated with a degree in Criminal Justice.  After college he was drafted in the fifth round of the 2002 NFL Draft by the Dallas Cowboys.  He would go on to have a six-year professional career playing for the Cowboys, the New York Jets, Cleveland Browns and Seattle Seahawks.  He also played for the Dallas Desperados of the All-American Football League and with the Toronto Argonauts of the Canadian Football League.

Jacqie McWilliams is in her 9th season of serving as the Central Intercollegiate Athletic Association (CIAA) Commissioner and is the first female to serve as Commissioner for the CIAA and first appointed African American Commissioner representing NCAA Division I, II and III.  She was the first volleyball coach in the NCAA era at Virginia Union University, from 1994-96.  During that time, she compiled a 40-40 record, including a 15-13 record in 1995.  She also became the first female assistant coach of a men’s basketball program in the CIAA when she was brought on as an assistant coach to Dave Robbins.  McWilliams spent nine years at the NCAA managing NCAA championships to include both the men’s and women’s Division I Basketball tournaments. She started her career in coaching, compliance and administration at Virginia Union University with career growth opportunities at the CIAA, Norfolk State University and Morgan State University prior to the NCAA.

Dr. S. Dallas Simmons began his professional career in higher education as the Director of the Computer Center at his alma mater, North Carolina Central University (NCCU), in 1962. After his tenure as the Director of the Computer Center at Norfolk State University (1964-1966), he returned to NCCU where he held several positions, including Assistant Professor of Administration, Assistant to the Chancellor, and Vice Chancellor of University Relations. He also was on the Board of Directors for Dominion Energy, Inc. Dr. Simmons’ displayed leadership led him to an appointment on President Gerald Ford’s White House Advance Team.  In 1981, Dr. Simmons became President of St. Paul’s College where he served until 1985 when he was named President of Virginia Union University (VUU). During his 14-year tenure at VUU, he is credited for outstanding fiscal management and endowment building. Dr. Simmons’ strides initiated VUU’s Criminal Justice Program, restored several campus facilities, and built a new library.  Dr. Simmons will be inducted posthumously.

Rob Timmons was a kicker for the Virginia Union University football team and played golf at VUU from 1986-91.  During that time, he amassed 234 points, good for third on the all-time football scoring list.  He is also the career leader at VUU with 21 field goals made, field goals attempted, extra points, and extra points attempted.  His 70% field goal percentage is third on the all-time list at Virginia Union.  Timmons was named to the All-CIAA Rookie Team in 1988 and earned All-CIAA honors in 1989 and 1991.

102
The Latest in HBCU Sports and Culture