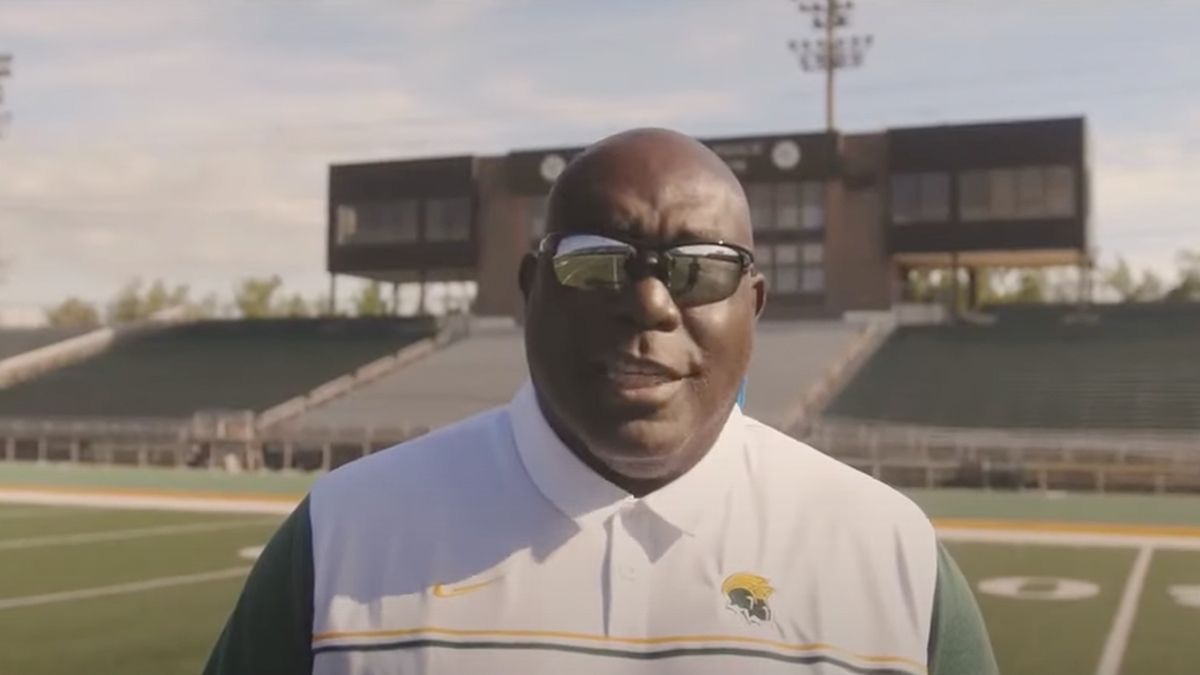 Dawson Odums is bringing four former Southern University assistants with him as he gets started at Norfolk State.

Adams, who will also coach the Norfolk State linebackers and serve as assistant head coach, joins the Spartans’ staff after serving for two years as defensive coordinator and inside linebackers coach at Glenville State College in West Virginia. In his first year, Adams helped the Pioneers go 7-4 overall. The Pioneers finished the season ranked 11th in Division II in turnovers gained (29). Adams helped mentor the conference Defensive Player of the Year, linebacker Dominic Cizauskas.

Adams came to GSC after spending four seasons with Odums at Southern University. During his four years there, Adams held the titles of special teams coordinator, recruiting coordinator and safeties coach (2015), cornerbacks coach (2016-17) and linebackers coach (2018). In 2016, the Jaguars finished first in the NCAA Division I FCS in turnovers gained, with 32. On three occasions, the Jaguars ranked in the top five in the FCS in punt return average. Adams coached a pair of All-Americans in defensive back Danny Johnson and return specialist Willie Quinn.

“I’m excited to have Steve reunite with me,” Odums said. “He did an excellent job as special teams coordinator during our time together at Southern. He will bring a lot of energy and excitement to our team.”

Jones joins NSU after spending the previous three seasons as the defensive line coach at Southern University. Under the leadership of Jones, defensive end Jordan Lewis was a three-time All-SWAC honoree and was twice named an FCS All-American. During the spring 2021 season, Lewis was named both the SWAC Defensive Player of the Year and the winner of the Buck Buchanan Award, given annually to the top defensive player in the country, after leading the FCS in sacks and tackles for loss. Lewis also led the SWAC in sacks in 2018.

Two other Jaguars earned All-SWAC honors under Jones’ tutelage, Joe Davis in 2018 and Jalen Ivy this past spring.

Prior to being elevated to full-time assistant coach, Jones served three years as a graduate assistant coach at Southern from 2015-17 working with the defensive line. He was a four-year letterman at Bethany College, where he was an all-conference defensive tackle and team captain.

“Skyler is a coach who started off as a GA with us and worked his way up the ranks,” Odums said. “He is making his name as one of the top young defensive line coaches in the country.”

Marshall comes to NSU after spending one year as receivers coach at Southern University. While with the Jaguars, Southern ranked ninth in the FCS in yards per completion and 39th in passing offense during the abbreviated 2021 spring season. Southern finished the season with a 5-1 record and ranked No. 20 in the final FCS Coaches Poll.

Previously, Marshall had stints as running backs coach at Missouri Southern State, as recruiting analyst for his alma mater, the University of Houston, and as offensive quality control coach at Syracuse. His first stop at the Division I level came as a graduate assistant at Bowling Green, where he helped the Falcons make two bowl appearances and win the 2015 MAC championship.

Marshall played collegiately at the University of Houston. After joining the team as a walk-on in 2002, Marshall went on to earn All-Conference USA honors twice in his career. He still ranks second in Houston history in career receiving yards (3,770) and third in receptions (272). He was signed by the Atlanta Falcons as an undrafted free agent and played for two teams in the Canadian Football League.

“Vincent will bring a good deal of discipline and accountability to our special teams,” Odums said. “He is also one of the best teachers of the wide receiver position.”

Manago comes to NSU after spending two years as offensive line coach at Shaw University. At Shaw, Manago helped the Bears finish the 2019 season second overall in the CIAA’s Southern Division with a 5-2 league mark and an overall record of 6-4, the program’s best since 2013. The Bears did not compete during the 2020 season due to COVID-19.

Manago had stints at North Carolina A&T (first as a graduate assistant, then later as assistant defensive backs coach) and Greensboro College (running backs coach). Manago was a four-year student assistant while attending Winston-Salem State University as an undergraduate.

“LaQuaid is another young coach who started off as a GA and coached some tremendous tight ends with us at Southern,” Odums said. “You can see his tremendous growth as he gains experience. His time as an offensive line coach (at Shaw) will definitely help him in his role here coaching the tight ends.”

Odums also announced that three members of the Spartans’ previous coaching staff have been retained. William “B.T.” Sherman, who will be in his fifth year on staff this fall, will serve as associate head coach and offensive coordinator. Brandon Torrey will enter his third year as offensive line coach for the Spartans. Tanner Cotman, who joined the staff last fall, will continue to coach the safeties.