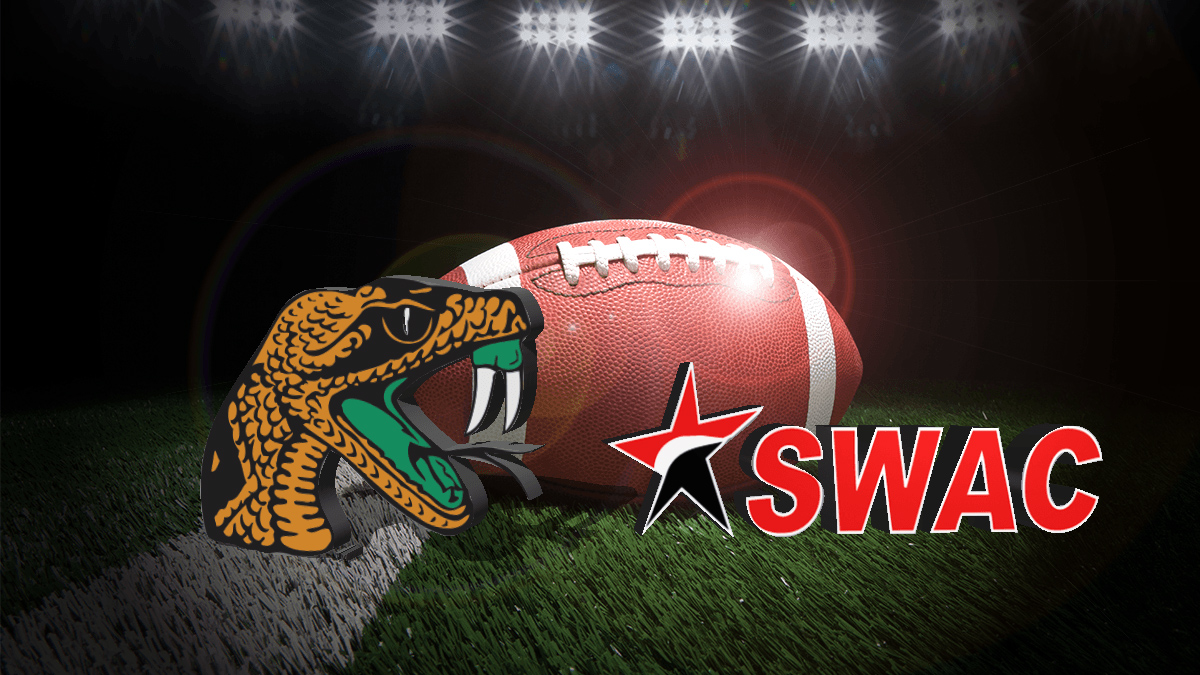 The SWAC and FAMU: Who needed who?

In less than a month, Florida A&M will officially become a member of the SWAC. So did FAMU need the SWAC or did the SWAC need FAMU?

In less than a month, FAMU will officially be a part of the SWAC. July 1, 2021, it’s a done deal. That’s nothing new at this point, we broke the story last year.

But in the world of social media, there is always room for dialogue and debate. And with the summer upon us, I decided to have a little fun on my favorite social media platform: Twitter.

I grabbed a popular Twitter photo and put forward a simple proposition.

“Quote this tweet with a controversial HBCU sports opinion.”

Drama, intrigue, and hilarity ensued for the next 36 hours. Some of the takes were funny. Others were clearly just fantasies concocted to get some retweets and troll other fan bases. But a few of them were actually thought-provoking.

So here’s one to chew on:

This controversial opinion was generated by an account called “Gram Fanatics.” The popular Grambling fan account isn’t shy about letting its Twitter fingers fly about anything.

Clearly the coming addition of Florida A&M and Bethune-Cookman — news we broke last June — has been a game-changer.

SWAC fans, as a whole, have their own separate constellation in the HBCU fandom universe. And Grambling, with its overwhelming historical success, is definitely its own planet. When you’ve got the legendary Eddie Robinson, four Hall of Famers and hella SWAC and HBCU national titles, you have a right to have a high opinion of yourself.

But so is FAMU, with its iconic head coaches, FCS national title and the Marching 100.

It’s not just this Grambling page, though. SWAC fans have found out over the last year that FAMU alumni and supporters aren’t coming into the conference on the humble. They quickly joined SWAC pages on Facebook and proceeded to let everyone know they planned on leaving their mark on the conference early.

And why should they not?

FAMU went 9-2 the last time it played football in 2019, accumulating the best record in HBCU football at the FCS level. Of course, it was ineligible for postseason play or even to be named MEAC Champs, but the wins spoke volumes about the program under Willie Simmons.

So who benefitted more from FAMU’s move from the MEAC-to-the SWAC? The answer is easy — both brands took a big step forward with the move.

The SWAC has traditionally been the most robust HBCU football conference in terms of producing talent and fan engagement.  But in recent years it has been fairly clear that the MEAC has had superior talent and superior teams. Just take a look at NFL Draft selections, Celebration Bowls and MEAC/SWAC Challenge winners.

FAMU could have stuck around in the MEAC, and with no North Carolina A&T, the path to the Celebration Bowl would have likely been a little clearer. But the travel time and costs were factors, as well as the overall budget. And FAMU in the SWAC just kind of always made sense, at least in football.

By getting FAMU, and its neighbor Bethune-Cookman, the SWAC’s on-field product stands to improve. There is just no way around it. FAMU is a school whose reach far exceeds the state of Florida. FAMU alumni are everywhere, and they do show up on the road to support their football program. As the season progresses, keep an eye on the attendance when FAMU is the road team against SWAC foes (this year it will travel to Alabama A&M, Mississippi Valley, Southern and UAPB) and don’t be surprised if the home team doesn’t do above-average numbers outside homecoming and rivalry games.

So I’m going to have to label this “controversial opinion” as fiction. Both the SWAC and FAMU could have continued to exist without each other as they have for the previous 100 years. But the addition of that school into that conference at this time makes perfect sense and both parties are better for it.

The SWAC and FAMU: Who needed who?