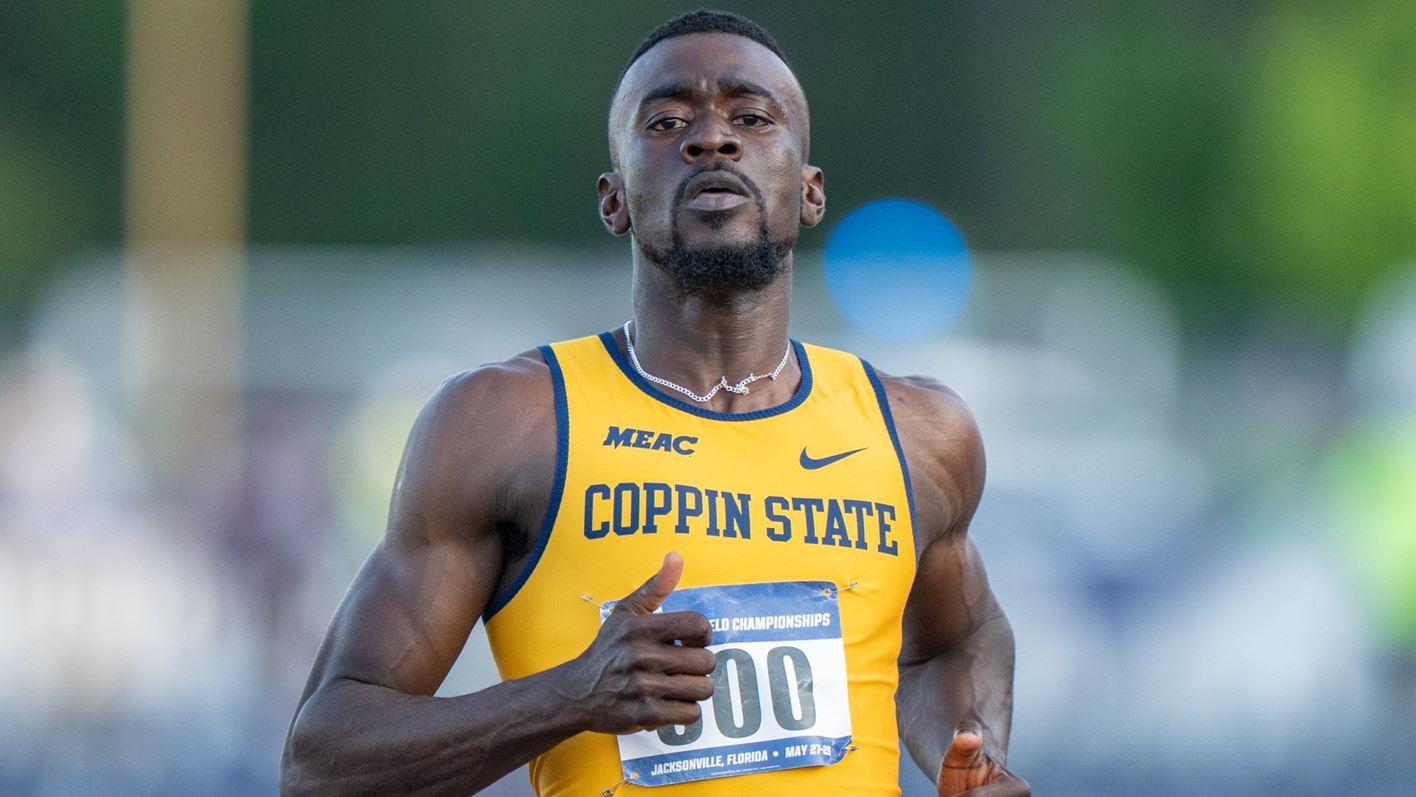 Coppin State sprinter Justin Amoah was a pace setter as the NCAA Track and Field East Preliminary round in Jacksonville, FL on Wednesday.

JACKSONVILLE, Fla. – Coppin State’s Joseph Amoah won his heats of the 100m and 200m dash in the First Round of the NCAA Track & Field East Preliminaries on Wednesday night at Hodges Stadium to qualify for Friday’s Quarterfinals.

A senior from Greater Accra, Ghana, Joseph Amoah took first in his section of the 100m dash in 10.11, besting what was arguably the most competitive heat of Wednesday’s first round.  Amoah also clocked a 20.36 to win his section of the 200m dash, equaling his fastest time of the season in the event.

Amoah will be the fourth seed in both events of the Quarterfinals with the 100m dash set for 7:05 pm, followed by the 200m dash at 8:10 pm. The top 12 finishers in both events will advance to the NCAA National Championships in Eugene, Ore., on June 9-12.