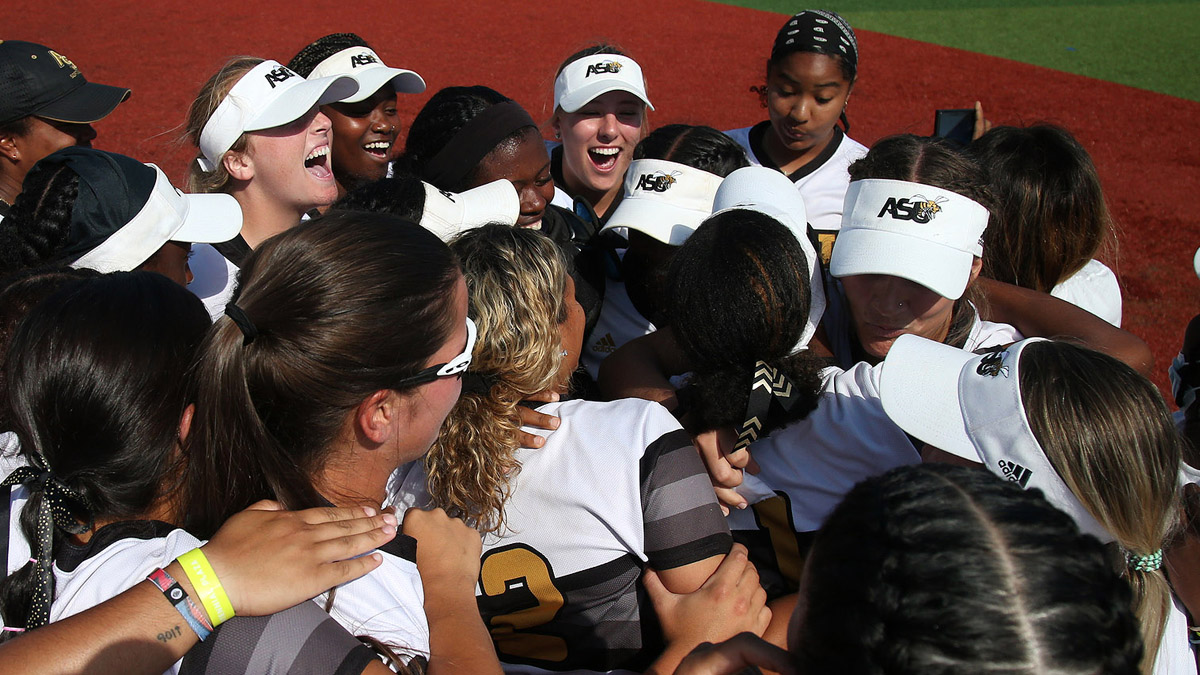 Alabama State left little doubt as to who the softball queens of the SWAC are, throttling Alcorn State for the 2021 title.

GULFPORT, Miss. | After a year of uncertainty and year that was cut short last spring, Alabama State reclaimed their crown and won their second consecutive Southwestern Athletic Conference (SWAC) championship with a convincing 8-1 victory over Alcorn State at the Gulfport Sportsplex Friday afternoon.

Alabama State (19-27), playing in their sixth consecutive conference championship game, won their third title since 2016 behind timely hitting and the arm of tournament MVP Skyler Sullivan who picked up four wins for the Lady Hornets who did not drop a game this week.

Sullivan (17-9) went the distance for the fourth straight tournament game, allowing just one run off of six hits while striking out six. She ended the weekend with 26 strikeouts for the Lady Hornets in 30 innings of work to pick up the tournament honor.

Alabama State pounded out 13 hits and got on the board in the second after an infield error off the bat of Morgan Gaither that scored Jazmine Dodd from third for the early 1-0 lead. They would add to that lead in the third with six runs to put the game out of reach. Dodd singled home Jaeda Gardner and Kaley Anthony to extend the lead to 3-0. The lead would grow on a two-run double by Alexis Massie, before Destinee Dixon and Gardner singled home runs for a 7-0 lead.

Alcorn State got on the board in the fifth, before Alabama State put the game away in the sixth on an RBI groundout by Dodd for the final margin. The Lady Hornets went into the bottom of the seventh and allowed a pair of runs before the final out found the glove of DeRamus for the final out.

Madison Myers and Gardner were each 3-for-3 at the plate on the day for Alabama State, while Dodd went 2-for-4 with three runs batted in.

DeRamus, Anthony and Dixon each joined Sullivan on the all-tournament, with Sullivan being the second straight pitcher for Alabama State to win the MVP award – joining Justine Jean in 2019.

Alabama State will find out its opponent and regional destination on the NCAA Selection Show on ESPN Sunday night. The show is slated for 8 pm with ESPN’s Beth Mowins serving as the host with analysts Michele Smith, Amanda Scarborough, and Holly Rowe.