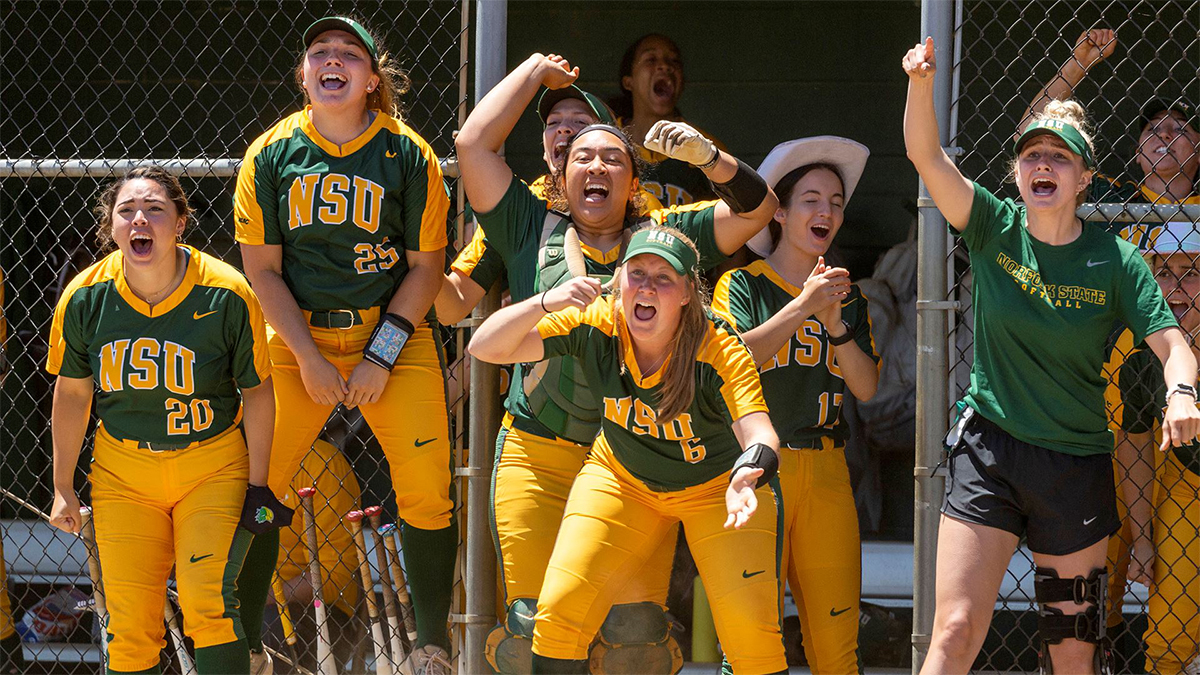 Norfolk State got busy in its MEAC softball opener, putting up the highest run total in the tournament since 2015 against A&T

NORFOLK, Va., May 13, 2021 – Norfolk State scored seven runs in the top of the third on its way to a 17-3 win in five innings over North Carolina A&T State in the opener of the 2021 MEAC Softball Championship on Thursday afternoon at the NSU Softball Field.

This marked the highest run total in a MEAC softball tournament game since Florida A&M scored 15 runs in a win over Norfolk State in 2016. Bethune-Cookman also put up 17 runs in a 2011 tournament game against Howard.

The Spartans (20-17) advance to the next round of the MEAC Softball championships on Friday at 12 p.m., where they’ll play the winner of Thursday afternoon’s Morgan State-North Carolina Central contest.

The Aggies fall to the elimination bracket, next playing Friday at 3 p.m. against the loser of Morgan State-North Carolina Central.

Yrral Davis got things going for the Spartans, the No. 2 seed in the Northern Division, in the third with a three-run triple down the first base line to give Norfolk State a 7-2 lead at the time. Jazzmaine Hammond followed with a two-run home run to left center to extend the Spartans’ lead.

Tuli Iosefa also got in on the action in the third with a two-run homer of her own over the center field wall to give the Spartans an 11-2 lead.

The Spartans added a run in the fourth, when Lily Potter, who had reached and advanced to third on a dropped fly ball, scored on a throwing error when Jade Dixon stole second. Imani Moore followed later in the inning to score three more runs and take a 15-2 lead.

Moore then scored on a Brooke Bond sacrifice fly to give the Spartans a 16-2 lead. Denisha Megginson followed with an RBI single to grow the lead to 17-2.

Norfolk State scored two runs in the first inning, when Iosefa and Imani Moore both scored an error. The Spartans added two more in the second to take an early 4-1 lead over the Aggies.

North Carolina A&T State (11-30), the top seed from the Southern Division, scored a run in the first on a throwing error, and Kayla Taylor added a solo home run in the second to give the Aggies their two runs.

A bases-loaded walk in the bottom of the fifth cut the lead to 17-3.

Alexis Robinson gave up just 2 hits and 3 runs in 4.2 innings of work to get the win, her sixth of the season.

Moore was 4-for-4 at the plate with two doubles, three RBIs and three runs scored. Iosefa also scored three times and had two RBIs.