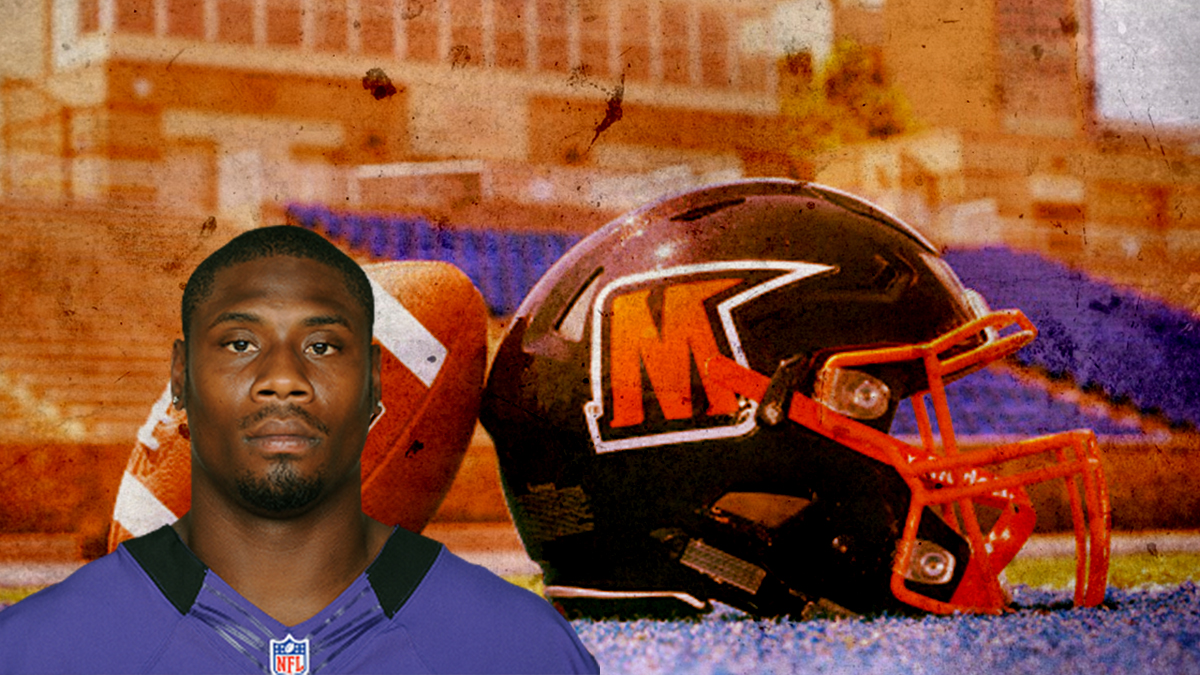 A former Baltimore Ravens Super Bowl hero and Dancing With The Stars contestant is joining the football staff at the city’s only HBCU football program.

Jacoby Jones has been hired as the tight ends coach at Morgan State University. The program announced the hiring on its Instagram page on Monday. He will serve under former NFL running back and Michigan star Tyrone Wheatley.

Jones, who helped the Ravens win Super Bowl XLVII, does have coaching experience. He spent the 2018 and 2019 seasons as wide receivers coach at his alma mater, Lane College.

The New Orleans, LA native initially enrolled at Southeastern Louisiana University on a track scholarship, but eventually transferred to Lane. He dominated the competition, earning SIAC Player of The Year honors three times in a row.

At 6’3, 210 with 4.5 speed, Jones landed in Houston after being selected by the Texans in the third round of the 2007 NFL Draft. After playing primarily on special teams his first few seasons, Jones caught six touchdown passes in 2009 and a career-high 51 passes in 2010.

He signed with the Baltimore Ravens as a free agent prior to the 2012 season, and it was a match made in heaven. Jones scored two touchdowns as a kick returner and another as a punt returner, earning Pro Bowl honors. His playoff performance included a game-tying 70-yard touchdown catch against the Chiefs in the AFC Divisional round. And it culminated with a 102 yard kick return touchdown in the Super Bowl against the San Francisco 49ers.

After the Super Bowl, Jones took a stab at Dancing With The Stars and ended up in third place.

Jones played a couple more years with the Ravens before short stints with the Chargers and the Steelers. He was signed to a one-day contract in 2017 so that he could retire a Raven.