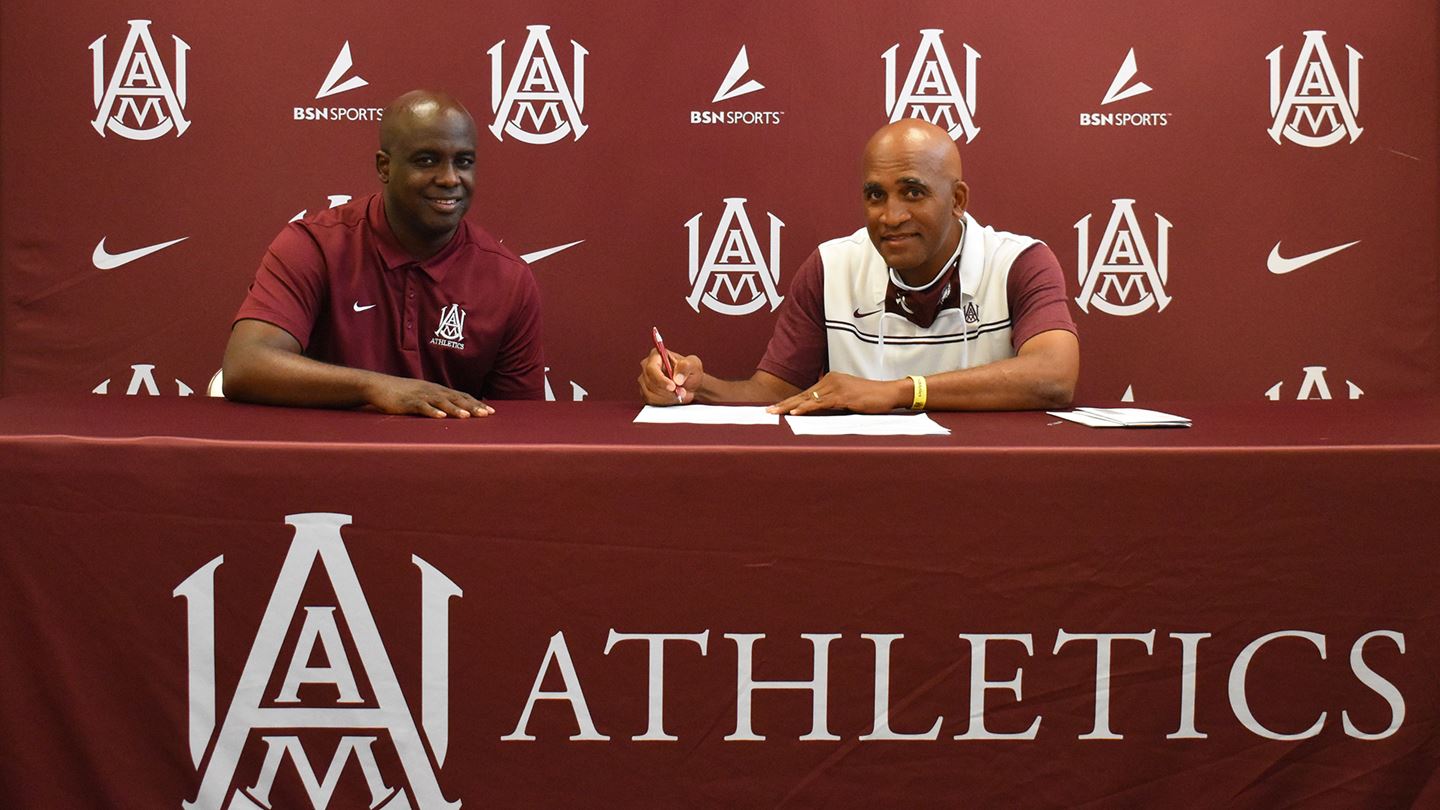 Alabama A&M and head coach Connell Maynor have agreed to a four-year deal, the school announced on Thursday.

HUNTSVILLE, Ala. – Alabama A&M Director of Athletics Bryan Hicks has announced that the Department has reached agreement on terms for a four-year extension with head football coach Connell Maynor following a successful three-year run that has the program in the Southwestern Athletic Conference (SWAC) Championship Game for the first time in nearly a decade.

“We are really excited to sign Coach Maynor to an extension and glad that he will be leading our Bulldog football program for years to come,” said Hicks. “He and his staff have done an outstanding job and we look forward to continued success with Bulldog Football!”

The extension comes as the No. 22-ranked Bulldogs prepare for their first SWAC Championship appearance since 2011 this weekend when they face No. 25 Arkansas-Pine Bluff. That berth was earned with a 4-0 overall record and 3-0 league mark, the latter garnering them the SWAC East Division Championship for the first time since fall of that year. A win in that game would be just the second in program history and first since the 2006 team turned the trick.

In addition to those accomplishments, Alabama A&M has delivered the first undefeated regular season in 53 years, accomplishing something not seen since the legendary 1966 team went 8-0, and has returned to the FCS Coaches Poll for consecutive weeks.

Those achievements have Maynor among 16 finalists for the prestigious Eddie Robinson Award representing the best coach at the FCS level and a number of his players in line for significant conference and national recognition.

“I’m grateful to be a part of such a great University and outstanding community here in Huntsville and thankful to President Dr. Andrew Hugine and Director of Athletics Bryan Hicks,” Connell Maynor said. “We started to build a program in 2018 that honors the University and honors the community we represent. We are thrilled to continue our quest to develop student-athletes here at Alabama A&M. We have been focused on this championship on Saturday and are thankful to be able to continue our legacy building here on The Hill.”

Overall, since joining the program in January of 2018, Maynor has compiled a 17-10 overall record, going an impressive 12-5 in the SWAC. Three of those wins standout above the others, however, as the Bulldogs have knocked off rival Alabama State in each edition of the Magic City Classic that Maynor has led the program.