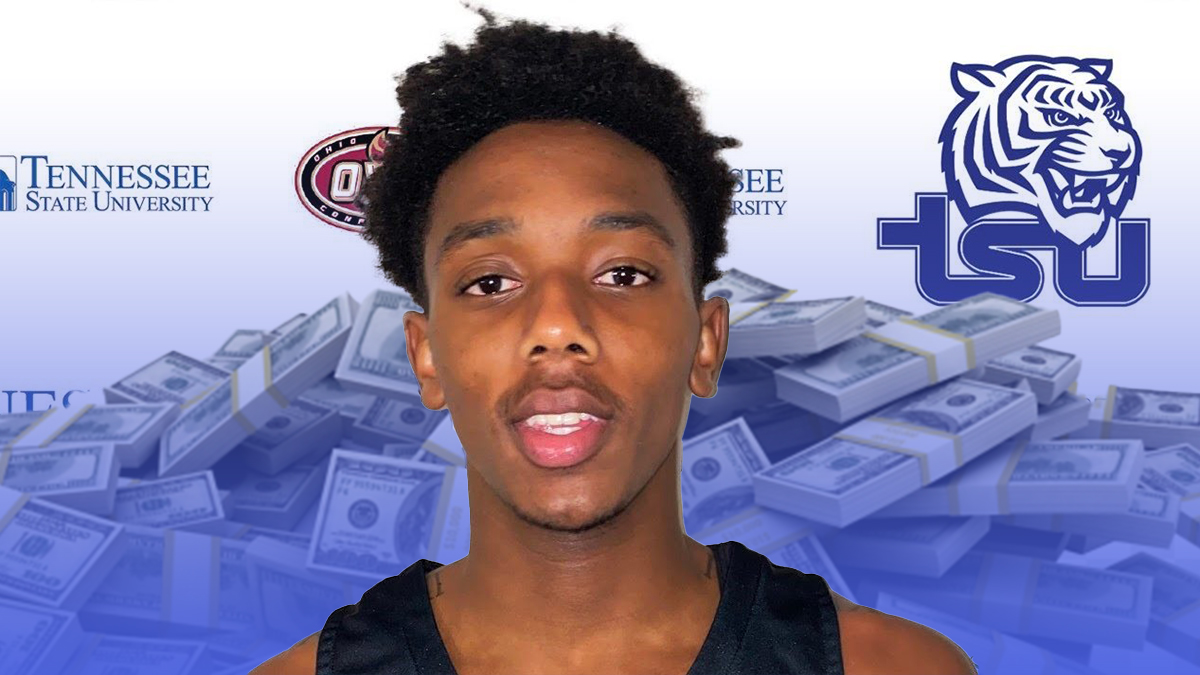 Master P says he has a $2.5 million deal waiting on his son when he arrives at Tennessee State University when new laws pass.

Hercy Miller, son of hip-hop mogul Master P, made waves last month when he committed to Tennessee State. The incoming freshman could soon be a multi-millionaire while playing at the HBCU.

Master P recently said that he has a multi-million dollar deal that could make Hercy the highest paid college basketball player in history.

“Right now I have a deal on the table for Hercy for $2.5 million,” Master P told TMZ Sports. “He never even played a lick of (college) basketball.”

That deal, of course, would hinge on the NCAA following through with the expectation of implementing Name, Image and Likeness payments to student-athletes. Several states have passed laws to allow student-athletes to do so, including Florida, Mississippi and Alabama. Those laws go into effect July 1, but the NCAA’s decision isn’t expected to come through until August.

“I told Hercy he’ll be the first HBCU — probably the highest-paid player in college basketball history,” Miller said. “If he do this deal, guys that go to the G-League…they’re not even getting this type of money.”

The 6’3 guard has grown up wealthy, as his father was a multi-millionaire and head No Limit Soldier well before he was born. Still, Hercy is looking forward to making his own name — and money.

“To me, I work hard so I want to be able to make money off of my own name,” he says.

Miller says he will major in architectural engineering. He says he sees Tennessee State as a place where he can grow academically as well as on the court.