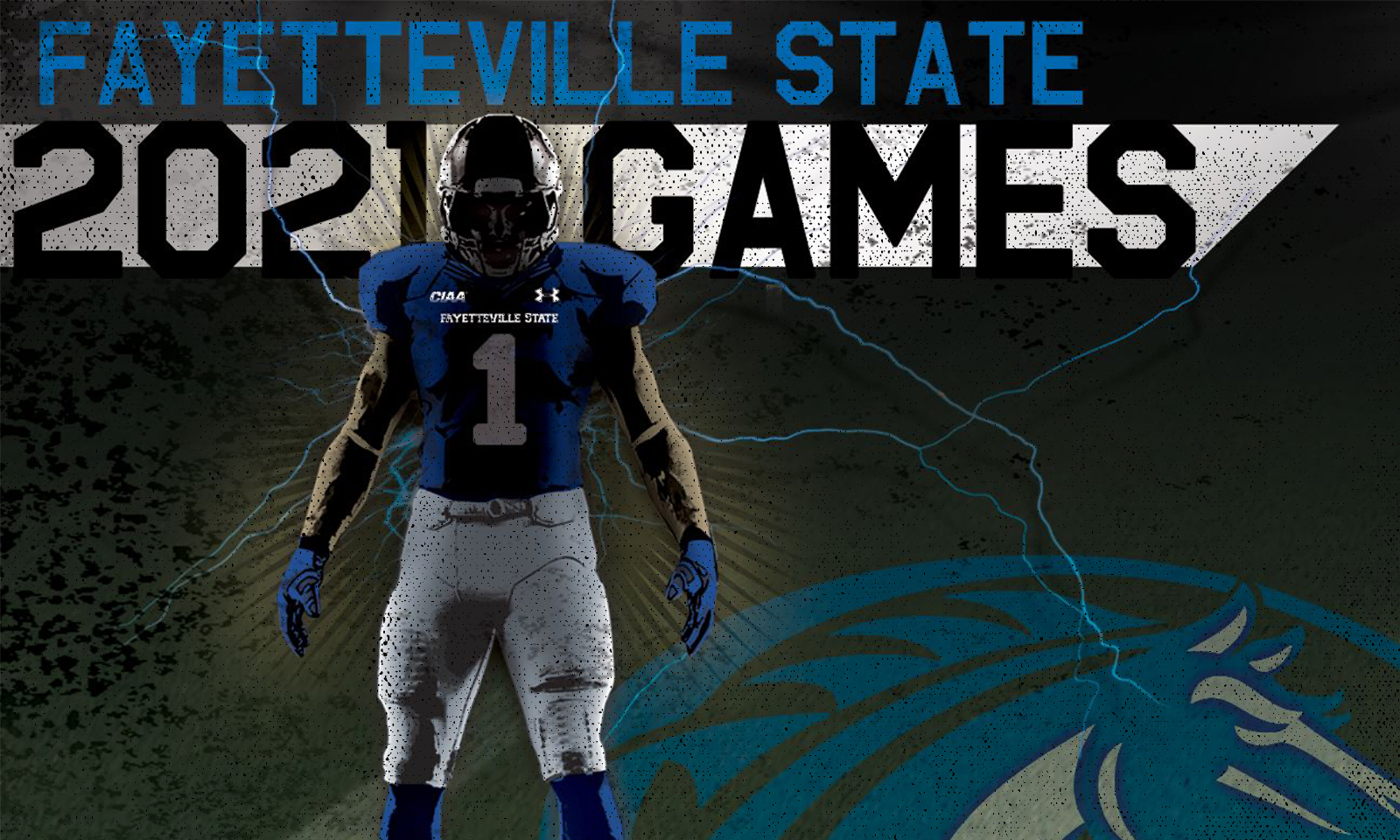 “Opening this season against teams like Elizabeth City [State] and Wingate will be a good test for us and prepare us for conference play.” – Head Coach Richard Hayes

Fayetteville, NC – The clock is ticking away with a little over 140 days until the defending 2019 CIAA “Kings of the South” Fayetteville State University kicks off the 2021 football schedule.  In preparation for a fourth consecutive appearance in the Central Intercollegiate Athletic Association football championship game on November 13, Fayetteville State will look to even its 3-4 championship record with Head Coach Richard Hayes’ fourth appearance in his fifth season at the helm.

The Broncos’ eighth championship appearance, since 2002, was delayed after missing the entire 2020 season due to concerns over the COVID-19 pandemic.

The 2021 season will start on the road against the Elizabeth City State Vikings on September 5th at the annual Down East Viking Football Classic in Rocky Mount, NC.

The Broncos will remain on the trail for the following weekend with a non-conference tilt at Wingate (Sept. 12) in Wingate, NC.

The third weekend of the season will be an open date.

“Playing on the road is always tough to start the season,” said Head Coach Richard Hayes. “Opening this season against teams like Elizabeth City [State] and Wingate will be a good test for us and prepare us for conference play.”

The Broncos will kick off its home-opener on September 25th at 7 p.m. against the Trojans of Virginia State in the Luther “Nick” Jeralds Stadium. FSU will remain at home the following weekend (Oct. 2) with another 7 p.m. game versus the Lions of Lincoln (Pa.).

Fayetteville State will begin defending its 2019 CIAA Southern Division crown on the road at the George Williams Athletic Complex [on the campus of Saint Augustine’s] on October 9th against the Shaw Bears with a 1 p.m. start.

The Johnson C. Smith Golden Bulls has been marked as the Broncos Homecoming opponent on October 16th. The climax of the week-long activities will kick-off at 2 pm in the Luther “Nick” Jeralds Stadium.

Fayetteville State will make a second trip to the same complex in Raleigh, NC to take on Saint Augustine’s on October 23rd at 1 p.m.

FSU will be hosting the Livingstone Blue Bear at 2 p.m. on October 30th before the regular-season finale on November 7th with a 2 o’clock visit from the Rams of Winston-Salem State.

The November 13th CIAA Championship Game will be played in Salem, Virginia.