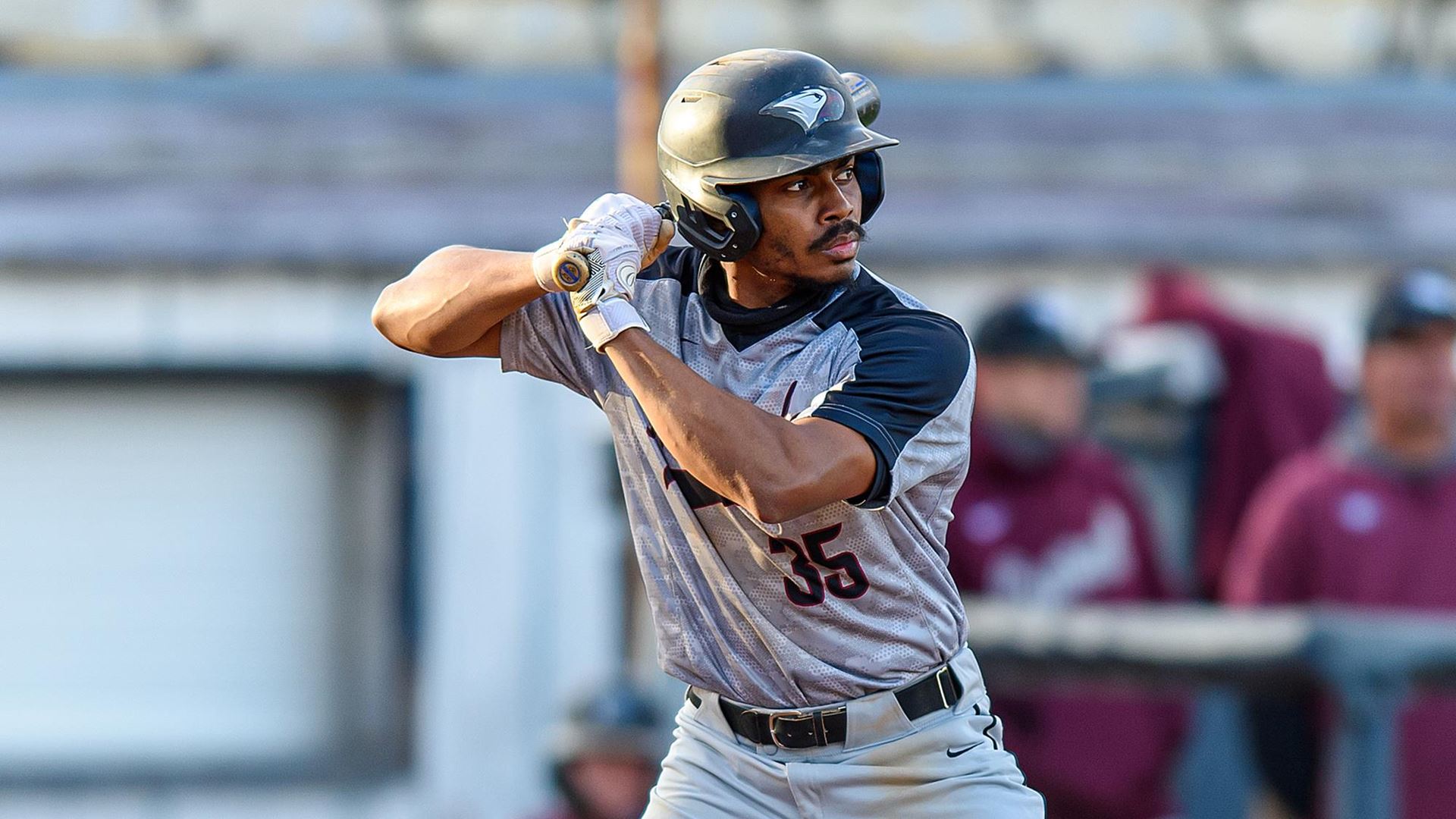 Aggies build an early lead and put up double digits on the Eagles.

DURHAM, N.C. – North Carolina Central University clubbed its third and fourth home runs of the weekend series with North Carolina A&T, but NCAT built up a lead too big for the Eagles to overcome on the way to a 13-6 final score to even the series at one game apiece on Saturday, April 10 at the Durham Athletic Park.

The second game of the series was played just 30 minutes after the conclusion of the first game of the weekend after NCCU (11-10, 3-3 MEAC) finished the suspended first game from Friday evening with a 4-1 win over NCAT (8-23, 3-7 MEAC).

NCAT took a 2-0 lead over the Eagles in the top of the second after an error and a sacrifice fly, and then added three more in the top of the fifth to gain a 5-0 advantage.  Kokko Figueiredo (Fortuna, Calif.) put the Eagles on the board in the bottom of the fifth on a sacrifice fly, but NCAT would respond with six more unanswered runs to move ahead, 11-1.

The Eagles scored five runs in the final three innings with help from home runs by Luis DeLeon (Providence, R.I.) and Cameron Norgren (Cary, N.C.), but were unable to surpass the Aggies in the late stages.

Chet Sikes (Trinity, N.C.) picked up his third three-hit game of his rookie campaign as he went 3-for-4 with a double and one RBI.  DeLeon also had a pair of hits, and Norgren was responsible for two RBI for the Eagles.

Justin Rodriguez (Farmingdale, N.Y.) had a big day at the plate for NCAT as he went 3-for-6 and drove in five RBI with a double, and also stole two bases.  Timothy Davila (Belmont, N.C.) picked up the win in relief as he struck out five in three innings of work.

The series will conclude with a doubleheader on Sunday, April 11, and it will begin at 1:00 p.m. at the Durham Athletic Park.