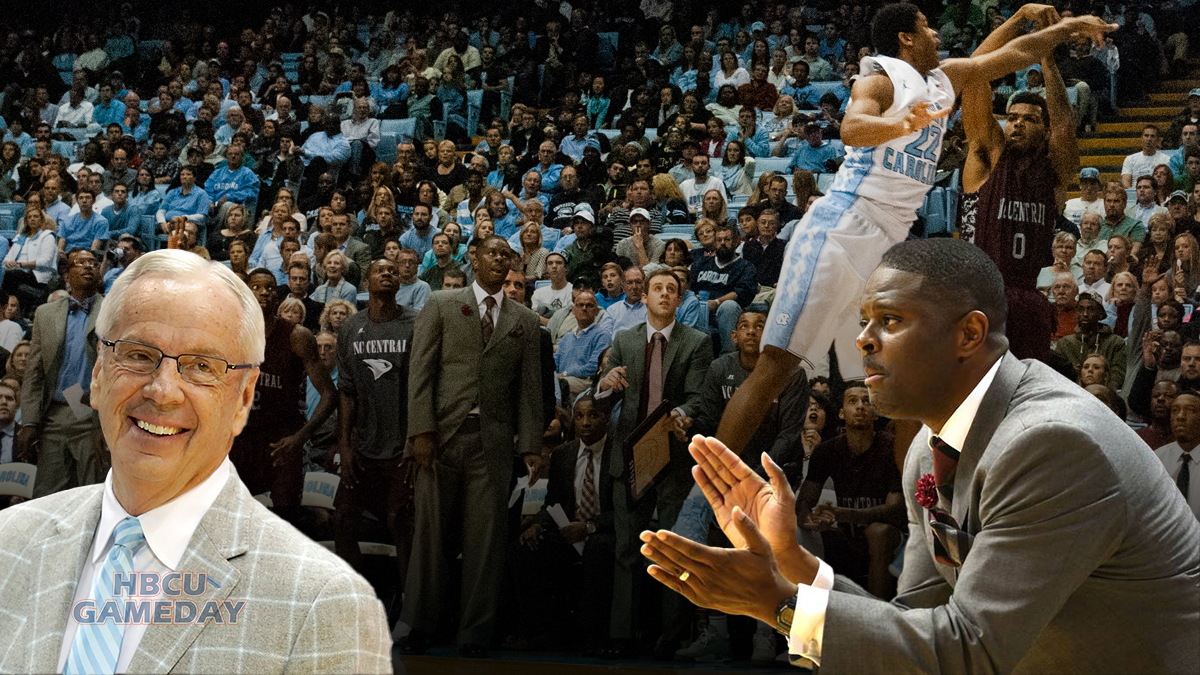 North Carolina’s Roy Williams is retiring from coaching after more than three decades. Stephen A. Smith thinks LeVelle Moton would be a great replacement.

Roy Williams and LeVelle Moton are friends as well as college basketball coaches. Now that Williams has announced his retirement, who will replace him has become major news.

And any time there is major news in sports, you can best believe that ESPN will stick a microphone in the face of Stephen A. Smith and ask him what he thinks. So it didn’t take long for the long-time journalist and commentator to come through with not only a possible list of possible names, but a clear recommendation.

So why LeVelle Moton? As Smith said, he’s been a winner since taking over the reigns at his alma mater back in 2009. This year was his worst season since his debut as his program won just five of 14 games due to COVID-19 and disappeared in the MEAC Tournament. But overall, few have done more with less than he has at NCCU.

Smith (kinda) played basketball at Winston-Salem State University, where one of its rivals was North Carolina Central. Moton was a star and CIAA Player of the Year in 1996. Smith has been one of the producers — along with Winston-Salem native and WSSU student Chris Paul— of “Why Not Us.” It’s a docuseries that follows Moton as he attempts to continue to build his program at NCCU.

Back to the University of North Carolina. UNC has played NCCU twice under Roy Williams since Moton has been the head coach. UNC won both games, but Moton and his squad gave it a run last December. The pair have actually have a friendly relationship.

“College Basketball took a hit today,” Moton wrote on Twitter. “When I was hired, the 1st person to reach out & offer support was Roy Williams. Over the years, we became great friends. Thank you 4 ur support, friendship, and making our game better. You will be missed. See u on the golf course my man.”

Moton has yet to win an NCAA Tournament game in four tries, but he has been in the running for several mid-major jobs. His current salary pays him $325,000 per year, while UNC pays Williams about $2.5 million per year.

Moton getting Roy Williams’ job would be a long shot. He’d have to skip a lot of folks in line, including many with UNC ties, but it is an intriguing thought. What could Moton in today’s NCAA with all of the power and resources that come with that job? Maybe one day we’ll get to find out.