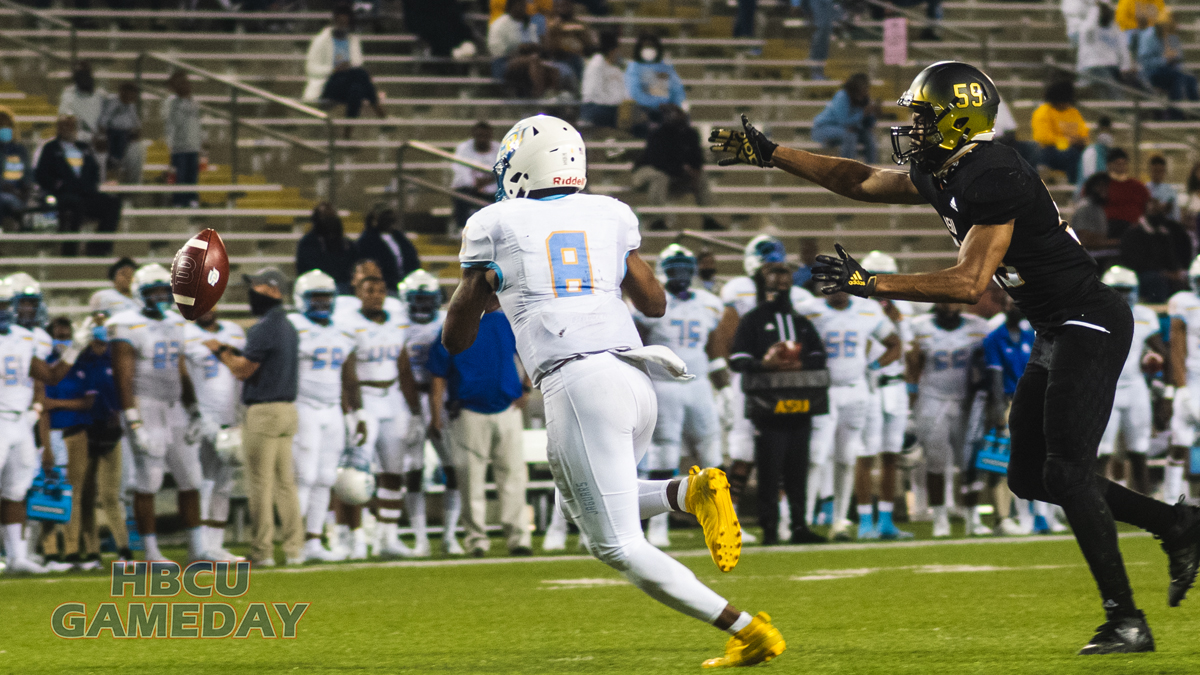 LaDarius Skelton found himself on the bench for most of Southern’s loss to UAPB. A deleted tweet suggests he may be up for a parting.

The LaDarius Skelton Era at Southern University has hit a bump in the road. And there may not be many more left.

The senior from Pine Bluff, Arkansas spent most of Saturday’s 33-30 loss to UAPB on the sidelines after picking up an unsportsmanlike conduct penalty early in the second quarter.

Skelton’s helmet was separated from his head by a UAPB defender. He got up, gave one of the offending parties a shove and then ran into another defender, who went sprawling backwards, on his way to the sidelines. He would stay there for the rest of the game.

Backup quarterback John Lampley finished the game for the Jaguars. He went 20-for-33 passing for 238 yards and threw for two touchdowns, but also had three interceptions.

A source tells HBCU Gameday that Skelton’s sideline behavior may have had more to do with him being benched than his performance or the penalty. He was reported as being innative on the sidelines during the loss.

Sunday morning, Skelton tweeted that his time at Southern may be coming to an end soon.

It’s been an up-and-down career for Skelton, full of excitement and anticipation, as well as frustration and irritation. He led SU to its first Bayou Classic win in three years in 2018, his first season as a starter, and threw for just two interceptions. But SU fell to Alcorn State in the SWAC Championship Game.

The 2019 season was a roller coaster ride filled with lots of exciting runs accompanied by an often erratic passing attack. Once again, the Jaguars got by their rivals in New Orleans but fell short of a SWAC title.

Skelton and Southern pulled out a win in the spring 2021 opener, but he had his moments of struggle in Montgomery as well. He scored a touchdown on the ground early in the second half. Then he fumbled in the redzone. Then he threw the go-ahead touchdown pass.

When asked about sticking with Skelton, Southern head coach Dawson Odums seemed entrenched with him as his quarterback.

“He made a bad play, fumbled the ball,” Odums said. “He’s getting better. We go as he goes. He gave us a chance. He made the plays when we needed them to be made.”

One week and one loss later, what the future holds for LaDarius Skelton at Southern seems to still be up in the air.