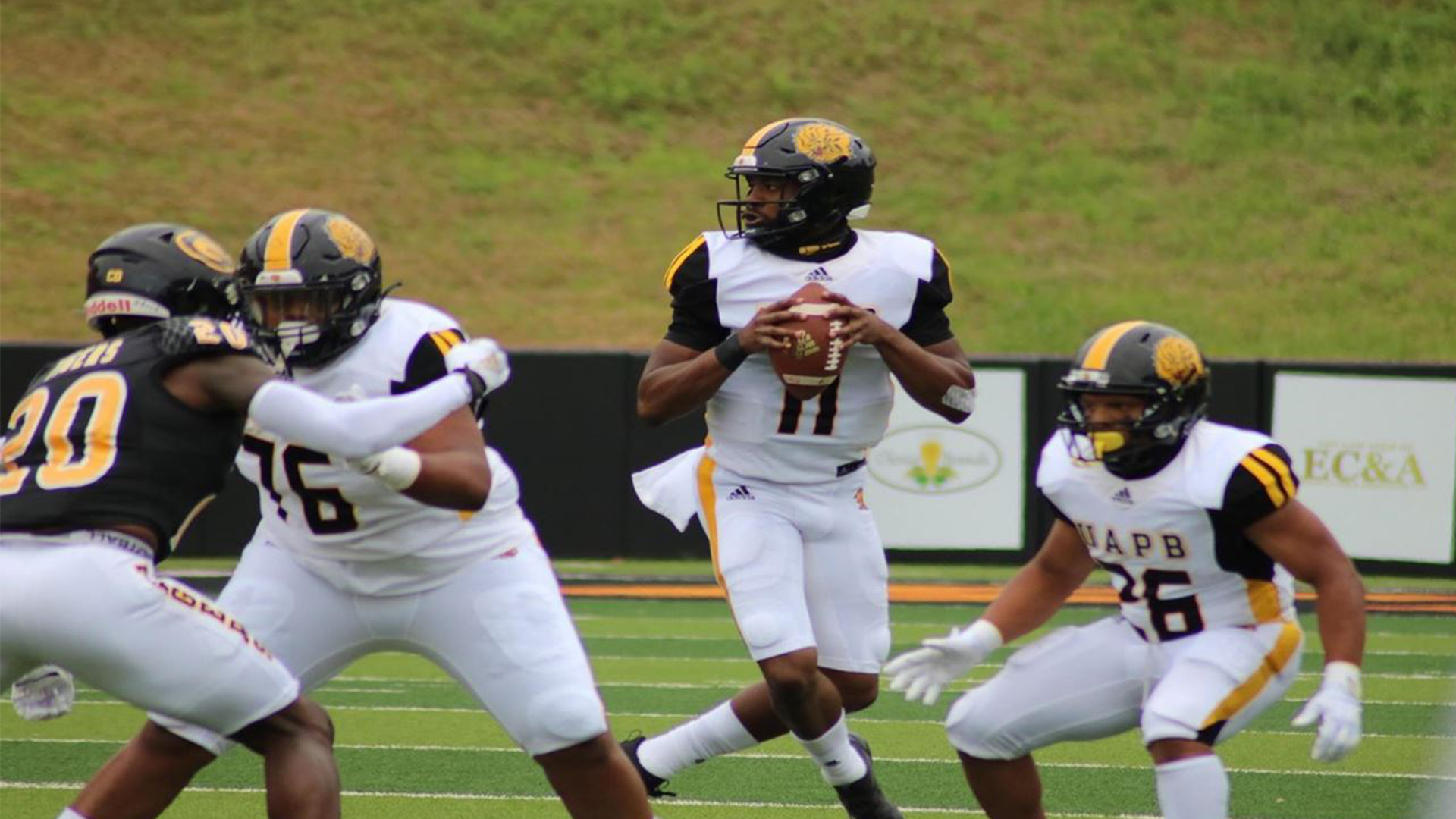 Arkansas-Pine Bluff made another statement in Louisiana, this time in the north as UAPB put it on Grambling from start to finish.

GRAMBLING, La. – The University of Arkansas At Pine Bluff (UAPB) football team won in dominant fashion at Grambling in a 48-21 win over the Tigers at Eddie G. Robinson Memorial Stadium

Skyler Perry completed 18 of 30 passes in setting career highs in both passing yards (346) and touchdown passes (four) as the Golden Lions rolled up 402 yards total offense.

DB Jalon Thigpen’s 35-yard interception return for a touchdown on the first GSU possession set the tone for the game and gave UAPB a 7-0 lead. Overall, the defense had two takeaways and recorded five sacks.

Following a GSU touchdown that tied the score with 4:18 to play in the second quarter, the Golden Lions regained the lead for good two plays later. Perry connected over the top with Ballard on a 58-yard scoring pass for a 14-7 lead they would take to halftime.

A 28-point third-quarter outburst broke the game open for Arkansas At Pine Bluff. Wilkes’ 60-yard TD reception on the third play of the second half started the onslaught. On the next possession, Mattias’ Clark’s four-yard TD run gave UAPB a 28-7 lead with 9:29 to play in the third quarter.

Following a Grambling touchdown, UAPB special teams blocked a punt for the second time in as many games. Terrill McCray III scooped up the ball and returned it seven yards for a touchdown and a 35-14 lead. The first of Brown’s TD receptions from 28 yards out ended the scoring in the period and gave UAPB a 42-14 lead.

Brown capped off Golden Lion scoring with a 31-yard TD reception for a 48-14 lead with 12:00 remaining in the game.

UAPB football will open its home schedule next Saturday in a 7 p.m. contest vs. Alabama State. A limited number of tickets are available online at uapblionsroar.com/tickets.