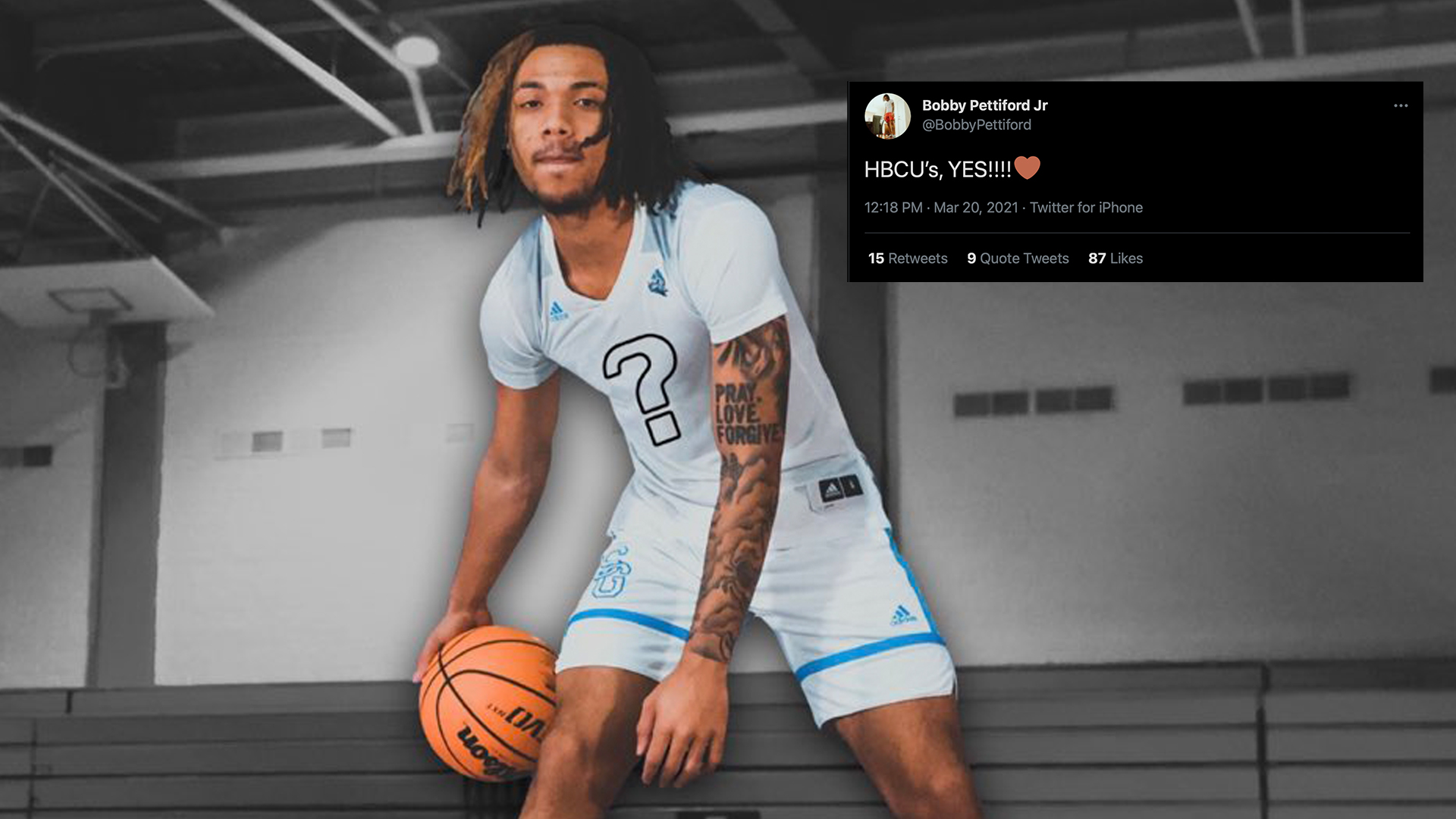 Bobby Pettiford Jr. was committed to Louisville, but one day after two assistant coaches were let go, the four-star point guard has de-committed.

Bobby Pettiford Jr. is a four-star recruit that had his sights set for the ACC. But his Twitter feed suggests that he may be headed to an HBCU.

The 6-1 point guard from Durham, NC has de-committed from Louisville. He officially made the announcement on Saturday morning.

“Do what’s best best for YOU,” Pettiford wrote in his tweet. “With that being said I’ll be re-opening my recruit (ment). All love to the Ville (Louisville).”

Bobby Pettiford is ranked as the 14th best point guard in the country and the fifth best player in the state of North Carolina.

So where do HBCUs fit in? Well. Pettiford didn’t put any specific ones on the table, he simply tweeted “HBCU’s, YES!!!”

Sure, that’s not a lot, but remember when Mikey Williams set the world on fire with a similar statement this summer.

So far, North Carolina A&T is the only HBCU that has offered him, according to 247Sports.com.

Surely others will be rushing to put their bid in. A player of his caliber would be a difference maker at pretty much any HBCU.