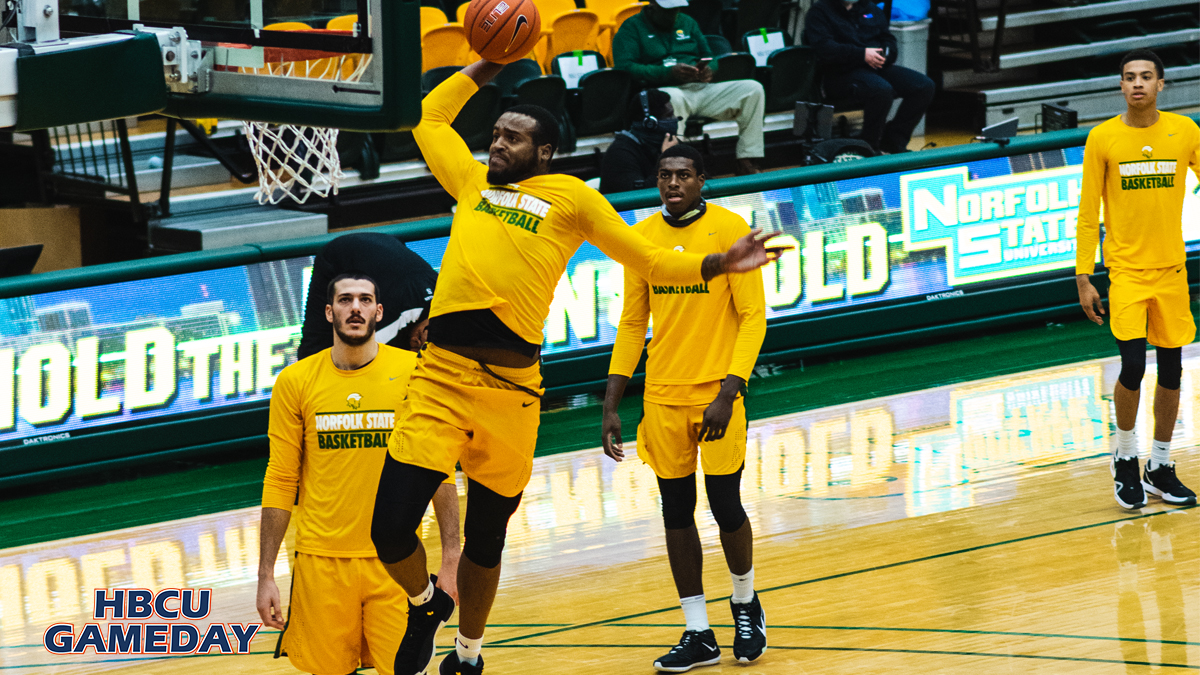 Norfolk State had its way with Delaware State on Wednesday night, grabbing at least a share of the MEAC North title.

The MEAC Tournament is two weeks away, but Norfolk State guaranteed at least one new banner.

Norfolk State had its way with Delaware State on Wednesday, winning its MEAC finale 86-55 at home in Joseph Echols Memorial Hall. The win wrapped up a share of the division title and kept it in position for the no. 1 seed in the tournament.

“This game mattered to us,” NSU head coach Robert Jones said. “We clinched a piece of the championship, and hopefully will have clinched the outright, number 1 seed as time goes on. This is only our fourth MEAC championship of any sort. I’m proud of the guys for that. They got a little piece of history now.”

NSU had its way with DSU, the bottom team in the MEAC North. DSU turned the ball over 20 times in the first half and NSU led 41-25 at the break. NSU kept its foot on the gas in the second half, outscoring DSU 45-30.

Jalen Hawkins led the way off the bench for NSU, scoring 17 points in 19 minutes. The redshirt sophomore shot 6-for-12 from the field. Senior guard Devante Carter continued his stellar all-around play with a 16 point, five assists performance on offense with six steals.

NSU now sits two games ahead of both Morgan State and Coppin State (6-4 each) in the division. CSU has two games left this weekend at Delaware State, while MSU must still make up two games against the Hornets that were postponed last weekend.