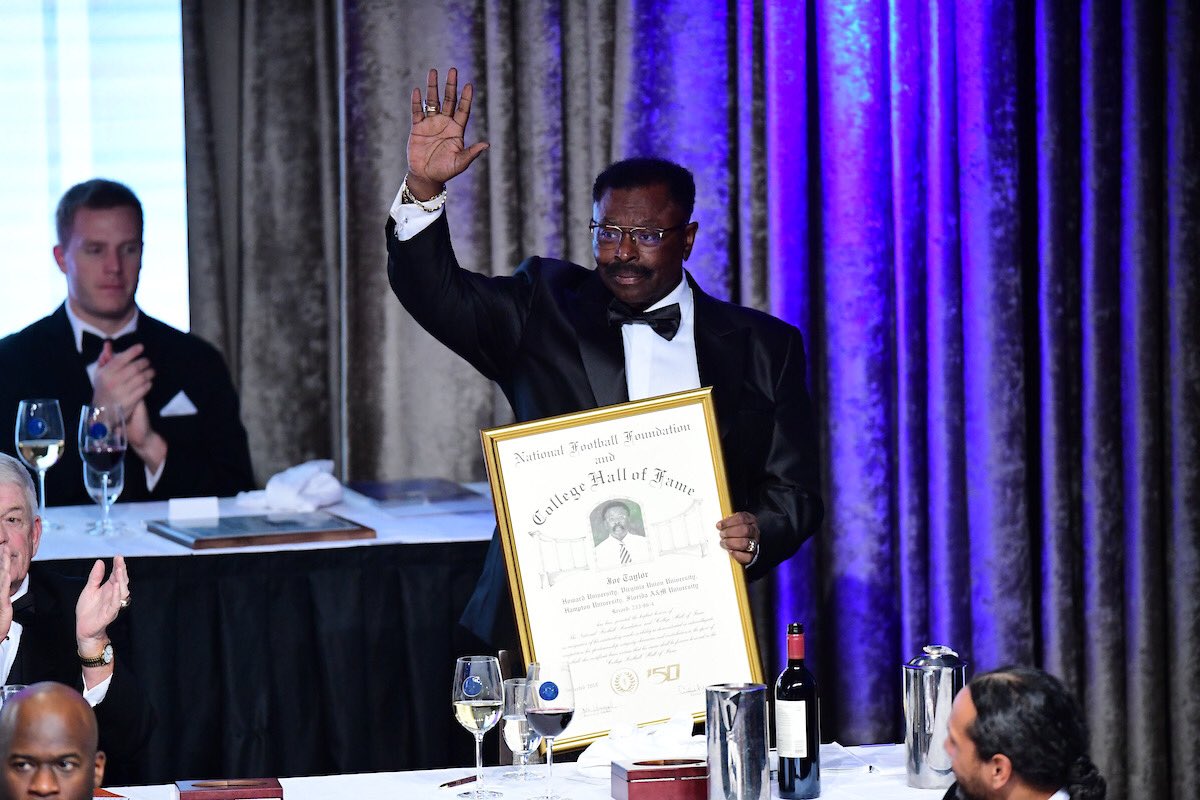 Legendary HBCU coach and administrator Joe Taylor is officially a Hall of Famer. And he’s been appointed to a role with the College Football Playoff.

Joe Taylor, legendary coach and administrator, has been placed on the College Football Playoff (CFP) Management Committee for a three-year term. The term will start this spring.

Joe Taylor built a remarkable 41-year career in coaching, 30 years as a head coach.  He is currently the Vice President for Intercollegiate Athletics and Community Wellness  at Virginia Union University where he has worked since 2013. During his tenure in Richmond, the school has captured 15 divisional, conference and regional championships and honored over 500 student-athletes for GPAs over 3.0.

As a head coach his teams won five black college national championships, 10 conference titles and made 10 playoff appearances. A legend in college football, Taylor posted a lifetime win-loss record of 233-96-4 and ranks third in career victories in HBCU history. Taylor was inducted into the College Football Hall of Fame in 2019 and the Black College Football Hall of Fame in 2020.  He has also served as president of the American Football Coaches Association.

Taylor graduated from Western Illinois University in 1972 and played offensive guard for the Leathernecks.  He began his coaching career at H.D. Woodson High School in his hometown of Washington D.C.