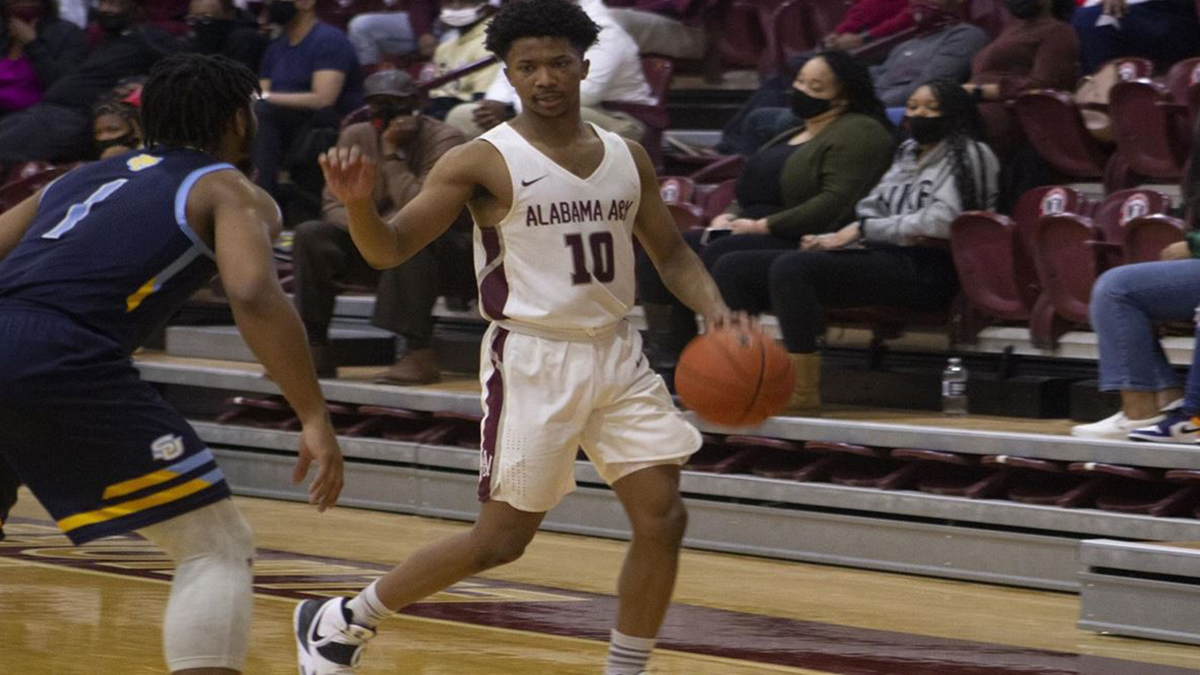 Alabama A&M remains one of the handful of Division I schools that have yet to suffer a defeat during the 2021 basketball season by knocking off Southern.

Alabama A&M hasn’t gotten on the basketball court often this season, but when it has, it has made the most of it.

AAMU used a big game by two of its top scorers to help it beat Southern University 68-58 in Huntsville, AL on Sunday. It improved to 4-0 on the season, hitting that mark for the first time as a Division I school and remains one of the few unbeatens in college basketball.

Garrett Hicks led the way for the AAMU with 27 points, shooting 10-for-17 from the field including seven 3-pointers, along with four rebounds and three assists. It’s the second time in AAMU’s four games that Hicks has made seven 3-pointers.

Southern jumped out to a 9-0 start, then AAMU went on a 10-0 run to take a one-point lead. AAMU led Southern 34-31 at halftime, then stretched that lead to 60-45 with four minutes remaining in the game following three-consecutive Hicks 3-pointers. SU would trim the deficit to six points with just over a minute-and-a-half remaining before four free throws in the remaining minutes added up to the double-digit victory for AAMU.

Harrison Henderson led the way for Southern with 21 points and 10 rebounds. The win ended SU’s three-game winning streak and gave it the first blemish in SWAC play.

Alabama A&M, meanwhile has won back-to-back games to start SWAC play for the first time since the 2013-14 season. Earlier this year it even found itself on top of the NCAA’s RPI due to COVID-19s impact on college basketball. It’s first four SWAC games were postponed this season due to COVID-19, but Saturday marked the second consecutive game for it to play as scheduled.  It will look to stay unbeaten on Monday when it hosts Alcorn State.