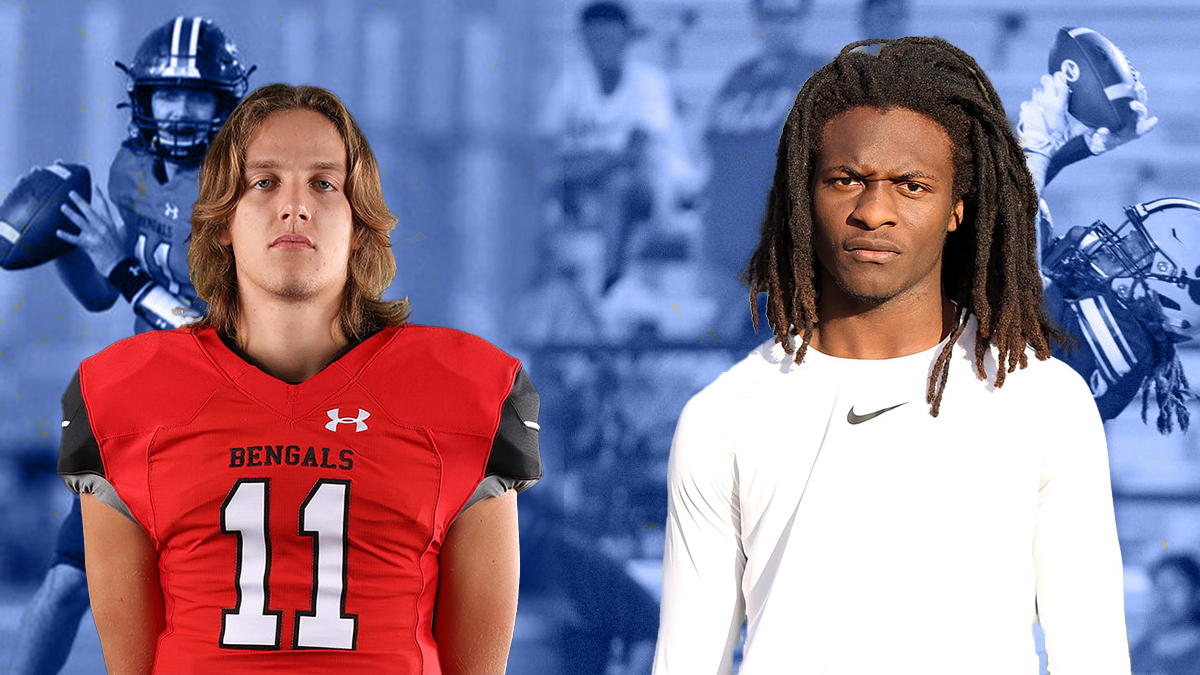 Jackson State had a solid Saturday in recruiting, as two FBS-level talents committed. One of which had several SEC offers.

Deion Sanders has picked up two new commits for Jackson State, one via transfer and the other a solid 2021 prospect.

“After a great talk with Deion Sanders and Coach Jason Phillips, I’m excited to announce I’ll be attending Jackson State University to further my athletic and academic career,” Thompson wrote. “Can’t wait to get to work.”

Thompson spent one season at North Texas, but did not appear in any games. The Denton, Texas native was a star at Braswell High School, where he completed 62.5% of his passes and threw for 3,089 yards and 35 touchdowns to only six interceptions, while also rushing for 109 yards and seven more touchdowns as a senior.

He joins a quarterback room that will already feature Jalon Jones, a former four-star quarterback this spring. And, of course, 2021 quarterback Sheduer Sanders will join the program this fall.

Brown is a 5’10, 180-pound receiver out of Valdosta, Georgia. A three-star recruit according to 247Sports.com, he had more than a dozen FBS offers, many of them from Power Five schools. Ole Miss, Pittsburgh, Vanderbilt, Georgia Tech, Maryland and West Virginia also offered Brown.

“Beyond blessed to be a part of history, and that’s all I have to say,” Brown wrote Saturday afternoon. “Go Tigers.”

JSU has already added a four-star member of the 2021 class in Trevonte Rucker, as well as several former FBS players.

It appears that Deion Sanders hiring long-time college coach (and his former teammate) Jason Phillip is already paying big dividends. Thompson mentioned Phillips — the new wide receiver coach — directly. Brown will be playing with him. Not a bad first month on the job.