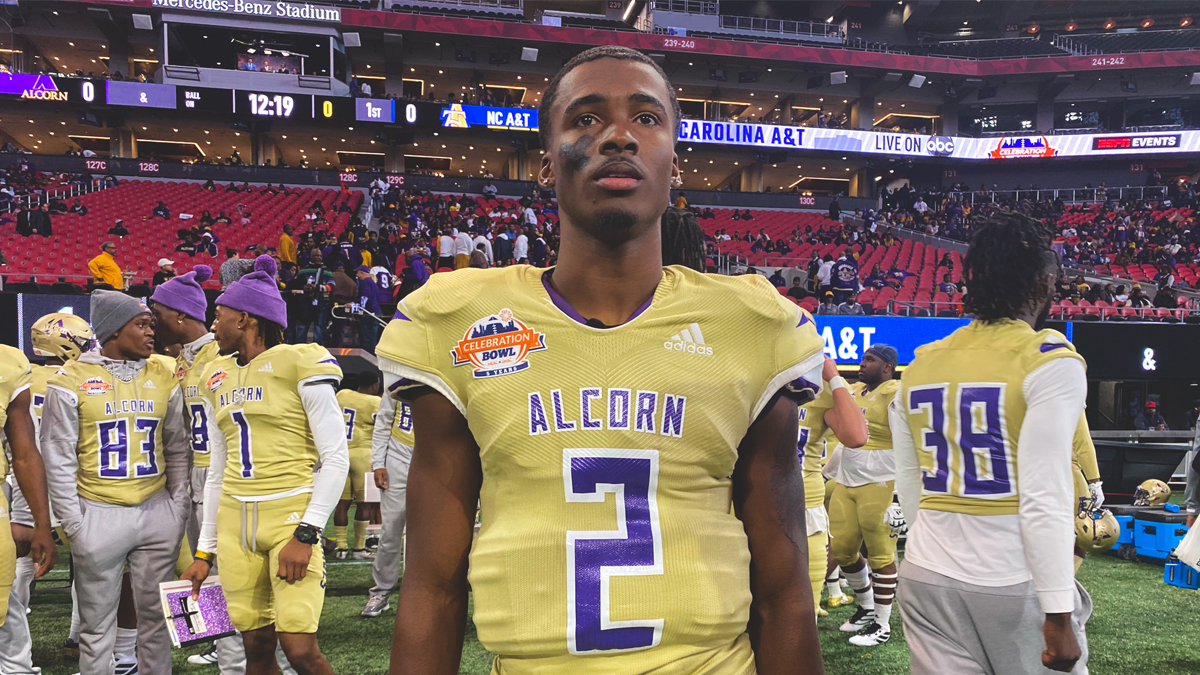 The SWAC has released its preseason All-Conference team as it preps to play in the spring.

BIRMINGHAM, Ala.- The Southwestern Athletic Conference has announced its Spring 2021 Preseason All-SWAC Football team highlighted by Preseason Offensive Player of the Year Felix Harper and Preseason Defensive Player of the Year Keonte Hampton. The preseason team was voted on by the league’s head coaches and sports information directors and was announced during day one of the Cricket Wireless SWAC Football Virtual Media Days.

After helping lead the Braves to an eight-win regular season highlighted by a 6-1 mark in conference play, Alcorn State quarterback Felix Harper was tabbed as the Preseason SWAC Offensive Player of the Year. Harper took the league by storm this past season after taking over as the Braves starter at quarterback. He tallied 29 touchdowns during the regular season to go along with 167 completions, 2,387 passing yards good for a 167.9 efficiency rating.

Jackson State’s Keonte Hampton, a sophomore linebacker from West Point, Miss. was named Preseason SWAC Defensive Player of the Year after racking up 106 tackles, 13 tackles for a loss, 4.5 sacks, and one forced fumble. Hampton concluded the regular season ranked in the top five in the SWAC in total tackles, tackles per game (8.8 tpg), and sacks (4.5).

A complete listing of the Spring 2021 Preseason All-SWAC Team and individual award winners can be found on the next page.