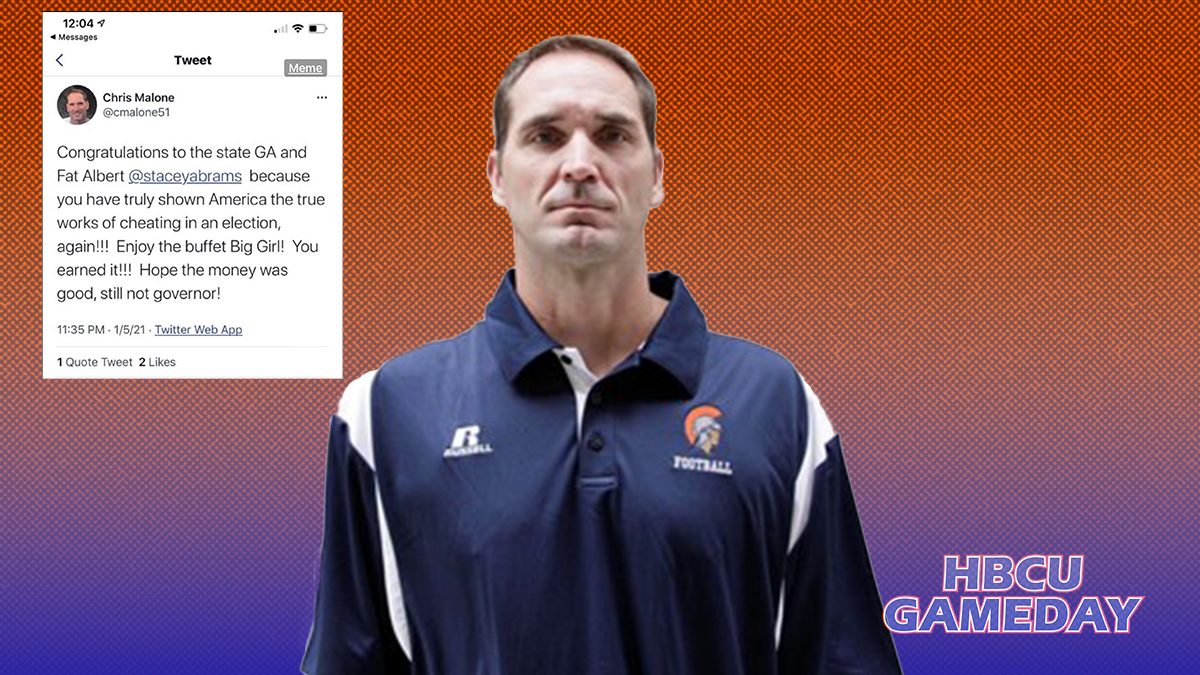 Ex-UTC coach Chris Malone once coached at an HBCU

Chris Malone was fired from the University of Tennessee at Chattanooga after vile tweets at Stacey Abrams. He once coached at an HBCU.

In a matter of hours, Chris Malone went from a respected college coach to an unemployed one.

Malone was fired by UT-Chattanoga on Thursday after posting a tweet disparaging and disrespecting Stacey Abrams. The former UTC offensive line coach accused the Georgia democrat of cheating in an election, and stooped to making derogatory comments about her weight.

Of course, these comments came as Abrams and the Democratic Party won two historic run-off elections, flipping the United States Senate in the process. In short, Malone was so incensed that a black woman impacted change that he took to calling her “Fat Albert” and mocking her weight.

Screenshots from Malone’s tweet went viral in the following hours as the United States’ Capitol Building was stormed by domestic terrorists. He eventually took his tweet down, and his entire Twitter account. But the damage had already been done, and UTC swiftly announced that he had been let go from his job.

Malone has been an assistant coach for the better part of two decades, including a stint at an HBCU. He was an assistant at Virginia State University in 2013, helping VSU to a 9-1 record and a CIAA North division title. He quickly moved on to UTC for a two-year stint before heading to Old Dominion. He has also worked at VMI and James Madison.

Hopefully, Chris Malone won’t be working at any HBCUs, or any school period, ever again.

Ex-UTC coach Chris Malone once coached at an HBCU