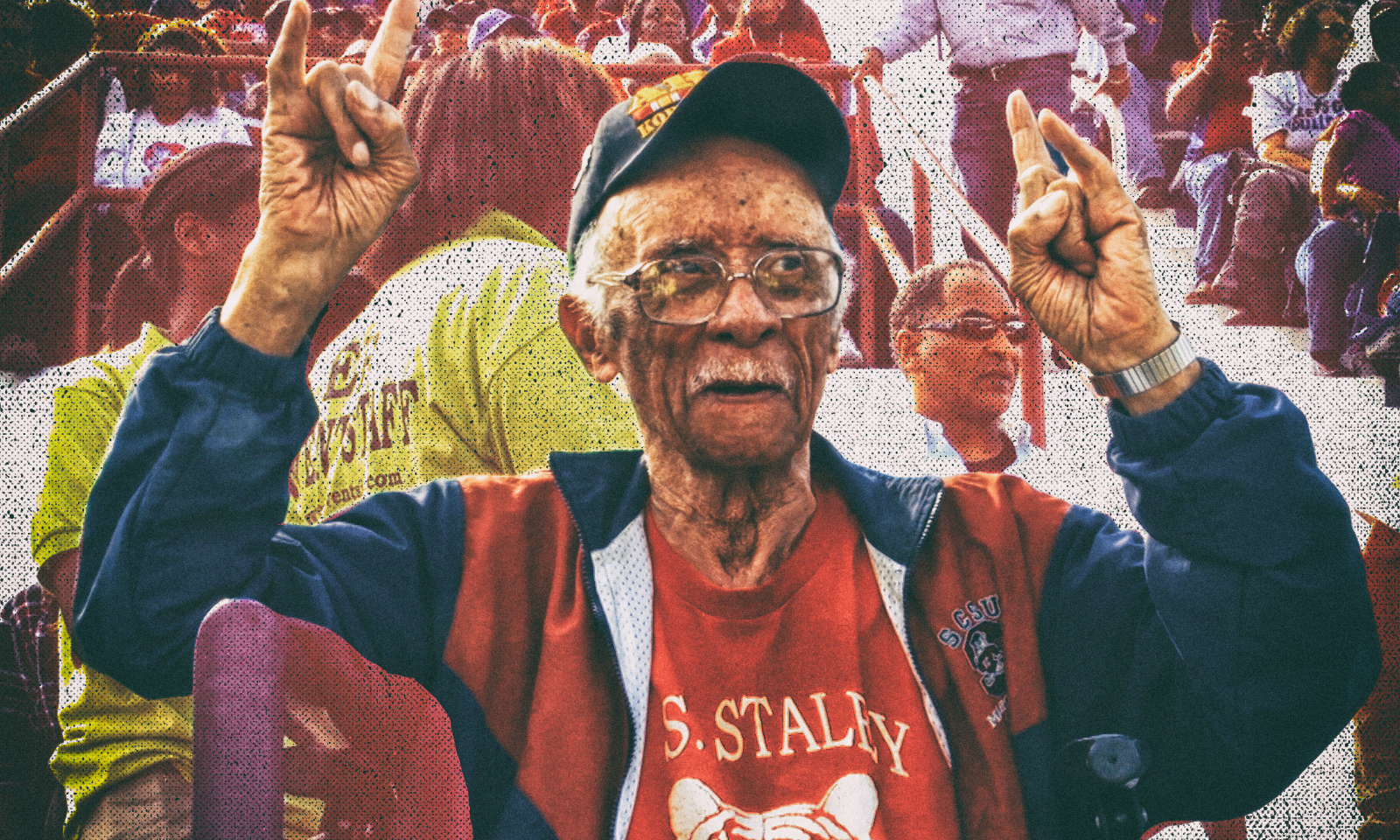 HBCU Gameday cameras were fortunate enough to catch Frank Staley Jr. cheering on the Bulldogs from the sidelines in 2017. Mr. Staley appears at the 8 second mark of the video below.

Services will be streamed live on the Facebook page of Glover’s Funeral Home of Orangeburg, which is charge of arrangements. All those attending must wear a mask and adhere to all COVID-19 rules and regulations. Mr. Staley died Friday, Dec. 25 at home following an extended illness. He was 90.

An Americus, Ga. native and SC State graduate, Mr. Staley, enjoyed a long and productive career as an assistant mathematics professor at SC State, where he also served in a number of other capacities during his tenure, among them football and basketball statistician, clock operator, and football chain crew member. A longtime football and basketball official, Mr. Staley retired after 30 years of service at SC State, where he earned his bachelor’s in 1951. He earned a master’s at Columbia University in New York.

He was also active in the Orangeburg community, serving as Boys Scout Leader for over 60 years and on a number of Boards and Commissions. A Korean War veteran, he was past Commander of American Legion Post 239 and Veterans of Foreign Wars (VFW) Post 8166. He was also a Mason and Shriner.

He received a number of honors during his productive life and was named Citizen of the Year by the Orangeburg Times and Democrat in 2012.