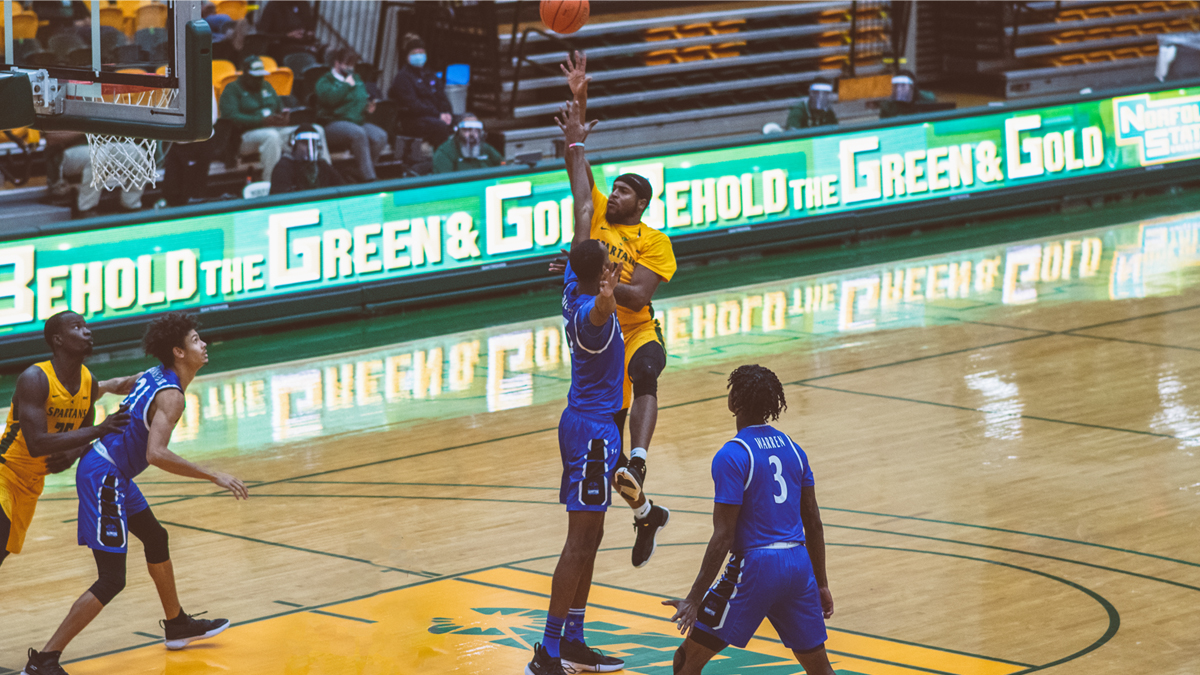 Norfolk State will enter MEAC play with a winning record. Here are three players who could help it keep going.

Norfolk State used an epic second-half comeback to complete its non-conference schedule with a winning record.

NSU erased a double-figure second half deficit against George Mason to come away with a 68-65 on the road. Jaylen Hawkins led the way for NSU with 14 points, including the go-ahead layup on a Devante Carter assist with 28 seconds remaining.

The Spartans held on defense and a pair of free throws by Kashaun Hicks provided the final margin of victory. They came away with the win after trailing 51-34 with 14:06 remaining in the second half.