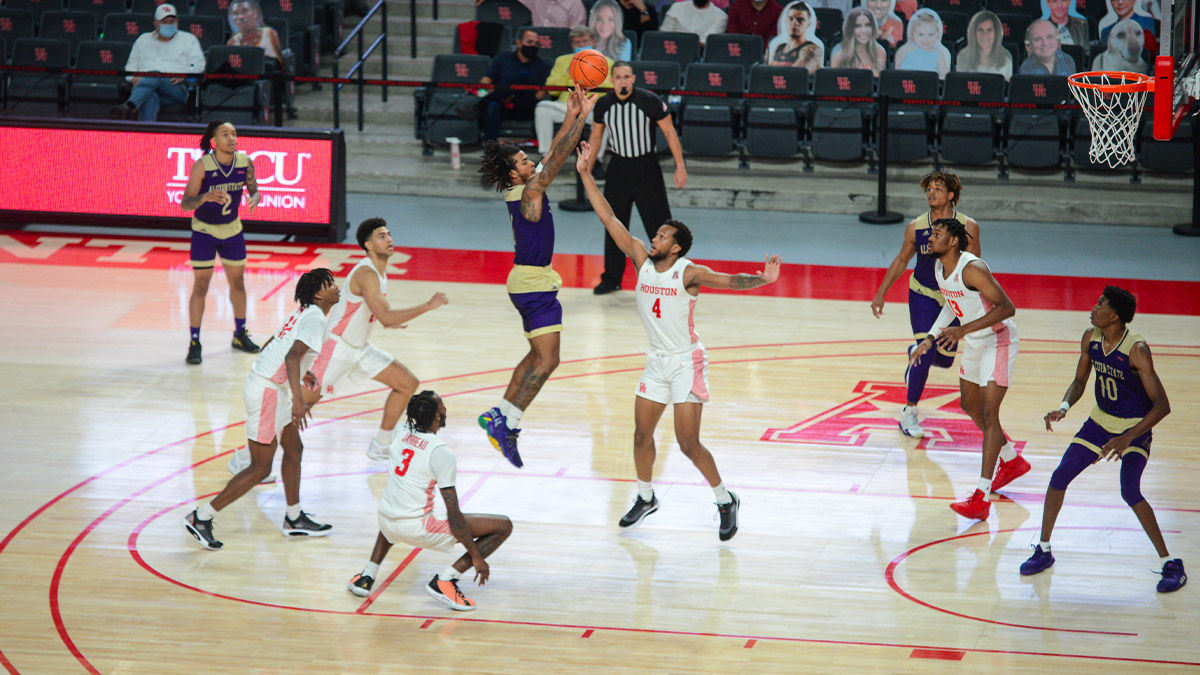 Alcorn State did its best, but the sixth-ranked Houston Cougars were just too much for it to handle.

HOUSTON, Texas – Despite seeing season-high shooting performances from Troymain Crosby and David Pierce III, with the latter totaling a career-high 16 points, No. 6 Houston handed the Alcorn men’s basketball team an 88-55 setback Sunday at the Fertitta Center.

The Cougars enjoyed a strong second-half highlighted by Quentin Grimes tallying 18 of his game-high 27 points and pulling down six rebounds to complete the double-double effort. A Grimes jumper in the closing minutes stretched Houston’s advantage to 36 points, the largest margin of the contest.

After a messy first-half coming from both sides which included 12 Alcorn miscues, the Cougars eventually regained their footing and knocked down 58 percent (21-of-36) of their attempts from the field in the second. After both squads combined for 1-of-19 from three-point range in the first, the Braves matched Houston with five treys coming out of the halftime break, four of those belonging to Pierce.

Despite the 33-point final margin, Alcorn saw contributions from four different scorers to fuel an 11-4 spurt to cut the gap to 10 points, 39-29, at the 14:53 mark in the second. Houston quickly countered with its own 16-3 run to extinguish the Braves’ comeback hopes.

Houston continued to build its lead thanks to another 20-8 stretch, but the duo of Crosby and Pierce impressed for the visiting club with a combined 28 of Alcorn’s 37 second-half points. Crosby’s 23-point effort boosts his career total to 968, only 32 points away from reaching the 1,000-point club.

Alcorn embarks to Virginia for a Tuesday, Dec. 22 meeting at Liberty slated for 12 p.m.