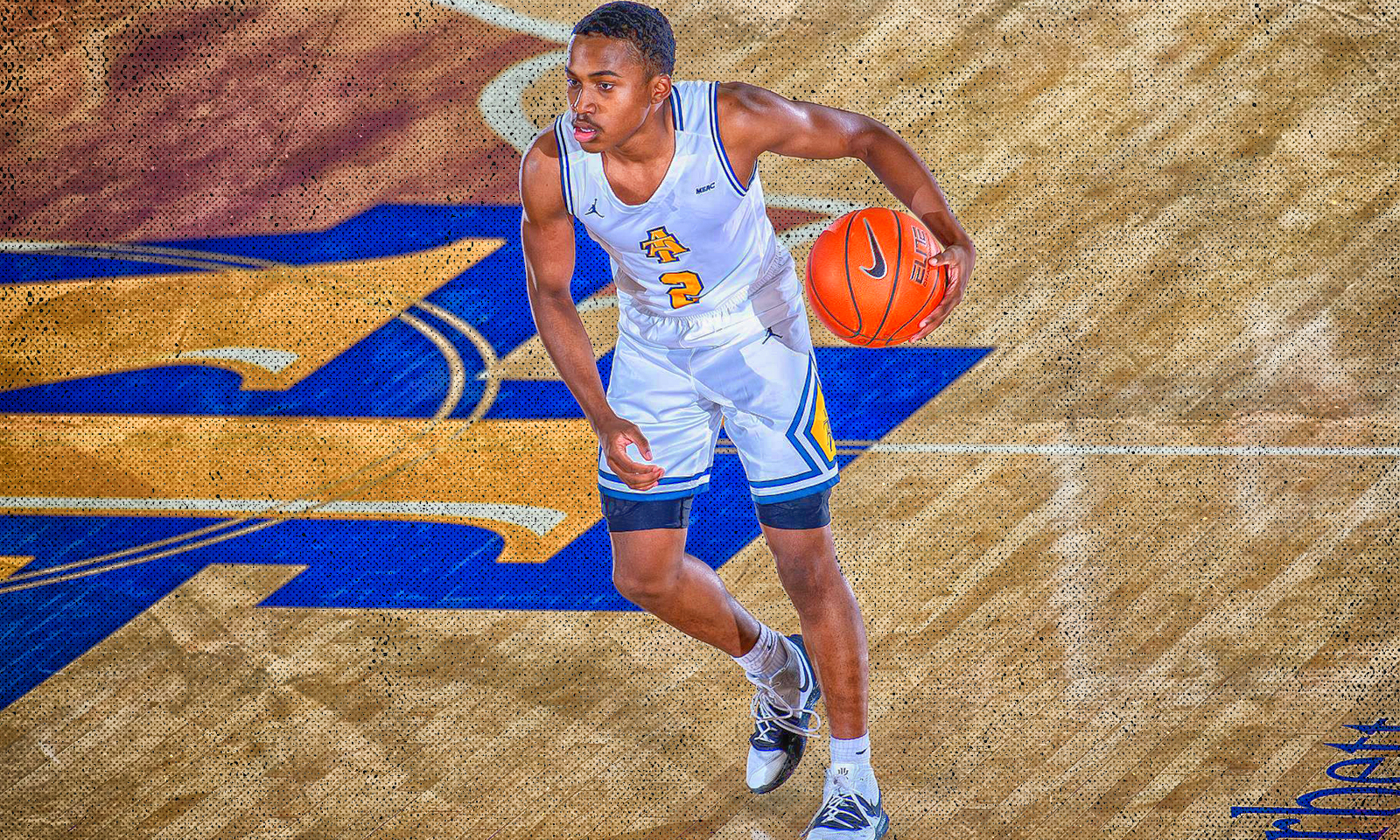 Both teams traded baskets down the stretch.

With under two minutes remaining and clinging to a three-point lead, 62-59, junior forward Tyrone Lyons was fouled on a 3-point attempt. He knocked down all three free throws to extend the advantage to six. Lyons was 4-for-5 from the line in the closing minutes and the Aggies outlasted the late Bucs run.

“We have focused on winning on the road,” said N.C. A&T head coach Will Jones. “I thought we did a good job of making our free throws in the clutch. I’m proud to be 1-0 today.”

The Aggies came out swinging in the second half with a 10-2 run. Five points coming from senior facilitator Kameron Langley as the Aggies took a 41-30 lead three minutes into the half.

Langley had 11 points and six assists coupled with six steals and three rebounds on the night. His six swipes are a career-high and he now has 13 steals through four games. In addition to Langley’s presence, the defensive press from N.C. A&T caused problems for the Bucs. The Aggies forced 22 turnovers that lead to 40 points.

There were not many points over the first several minutes of the game. Through the first 10 minutes of action, CSU led, 12-8.

The Bucs seized an 18-11 advantage, but N.C. A&T took command over the next few minutes. The team rifled off an 18-4 run that featured 7-for-9 (78 percent) shooting from the field and six Bucs turnovers.

At the break, N.C. A&T led by three, 31-28. Cleveland, Jr. had nine first-half points and three steals and finished with a team-high 15 points.

Ja’Quavian Florence led the way for CSU with a team-high 15 points and senior big man Ty Jones posted his first career double-double with 10 points, 10 rebounds and five assists. The Bucs held the advantage on the boards, 41-29.

The Aggies will remain in Charleston, S.C. for a Thursday matchup against The Citadel at 7 p.m.