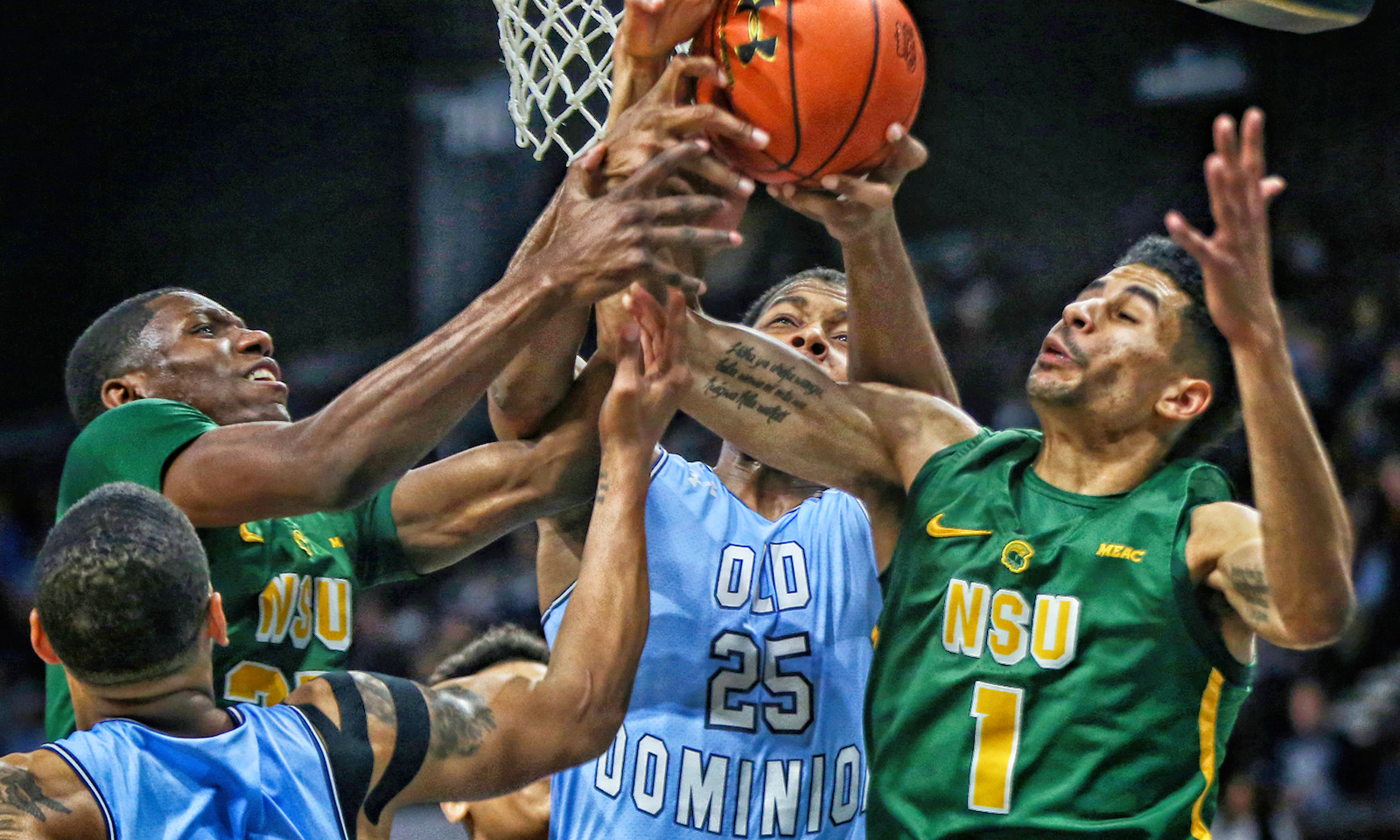 Norfolk State looking to add Old Dominion to the list of in-state rivals they’ve taken down in 2020.

NORFOLK, Va. – For the first time in more than 50 years, the Norfolk State men’s basketball team will host Old Dominion when the Spartans and Monarchs face off on Wednesday at 8 p.m. at Joseph Echols Hall.

It will mark the first of five home games for the Spartans in the month of December.

Media Coverage
The game will be broadcast live on WGNT CW 27, the sister station of WTKR News 3, Norfolk’s CBS-affiliated station. Patrick Johnson and Brian Mull will have the call. WTKR will also stream the game through their website.

Ross Gordon and Woube Gebre will call the game on WNSB Blazin’ Hot 91.1 FM. The audio feed is available through www.TuneIn.com or the TuneIn Radio App (search for “WNSB”).

The game will also be streamed through NSU’s website. Fans can follow along with the live stats.

Scouting the Opponent
Old Dominion started the year with an 85-67 loss at Maryland last Wednesday before topping William & Mary 86-78 at home on Saturday. Malik Curry scored 17 points in the first game and then 24 in the second, while Kalu Ezikpe posted a double-double of 19 points and 13 rebounds against the Terrapins. A.J. Oliver II went for 19 points in the win over the Tribe. The Monarchs are coming off a 13-19 season last year that also saw them finish 9-9 in Conference USA.

Last Time Out
Norfolk State came away with a pair of wins over in-state foes James Madison on Friday (83-73) and Radford (57-54) on Saturday, both games taking place at JMU’s new Atlantic Union Bank Center. The Spartans outscored JMU 19-6 to finish out the game, and they also overcame a one-point deficit versus RU with less than two minutes to go. NSU made a combined 19-of-40 from 3-point range and also shot 49 percent overall against JMU.

Quick Hits
• Only twice in their Division I history have the Spartans started the year 2-0 with wins over D-I opponents: this year and in 1998-99 with victories over McNeese State and Georgia State.
• 1998-99 was also the last year the Spartans last played Radford, part of a home-and-home series against the Highlanders in NSU’s first two years in Division I. NSU defeated James Madison for the second straight game after also defeating the Dukes in overtime in 2014-15.
• This year was the first time NSU defeated two in-state D-I opponents in the same season (not including Hampton) since the Spartans moved to D-I in 1997-98.

Fan Attendance Update
Through non-conference play, NSU will not have fans in the stands. Echols Hall will be restricted to the team travel parties, essential personnel, media and a limited number of family members due to Governor Ralph Northam’s Amendment to the Executive Order 67 that limited attendees at sports venues to 250 people.

The Norfolk State Athletics Department will sell season streaming packages through its website on Spartan Showcase Video Streaming for $50, covering both men’s and women’s home games. Fans can also purchase cutouts through the NSU Ticket Office for $50 that will be displayed throughout the arena.