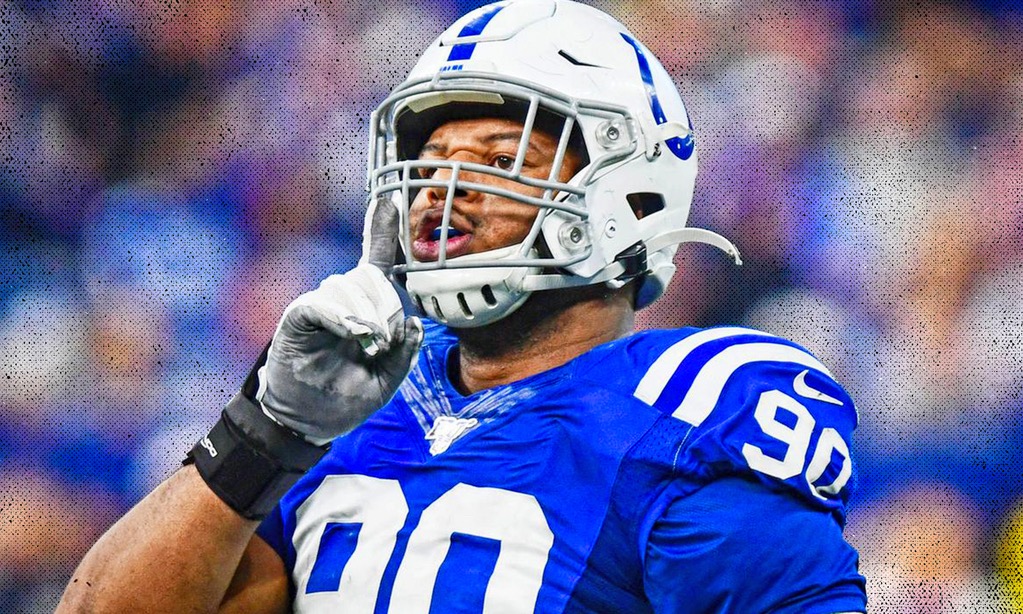 Three years after being pickedy in the NFL Draft, Albany State’s Grover Stewart looks like he’s here to stay.

INDIANAPOLIS — Grover Stewart has turned his career year into a well-earned pay raise.

The Indianapolis Colts today announced that they have signed Stewart to a contract extension; terms of the deal weren’t immediately disclosed.

Stewart, 27, has improved each and every year since he was selected by the Colts in the fourth round of the 2017 NFL Draft out of NCAA Division II Albany State.

Stewart started a combined one game in his first two seasons, but slowly worked his way up the depth chart before taking over as the Colts’ starting nose tackle in Week 4 last year.

Big Grove hasn’t budged since then.

In 2019, Stewart had 30 total tackles (five for a loss) with 3.0 sacks, five quarterback hits and one passes defensed, establishing himself as one of the top up-and-coming interior defenders in the league.

He’s carried that momentum into 2020. Entering Sunday’s Week 12 matchup against the Tennessee Titans, Stewart already has a career best 36 total tackles, to go along with four tackles for loss and a pass defensed; Stewart’s 75.6 run defense grade from Pro Football Focus this season ranks eighth in the league among qualifying interior defensive linemen.

Colts head coach Frank Reich recently described Stewart — who has transformed his body to cut down from 345 pounds at one point to 308 pounds heading into this season — as “special.”

“He’s having a really good year,” Reich said of Stewart. “He’s explosive. He came in in the best shape of his life. He kind of transformed his body – made him quicker and faster. He lost a lot of weight, put on lean mass. Then Grover in a different way is one of the true leaders of this team. This guy, he’s not always the loudest or the most vocal leader, but if you talk about in the locker room who gets the most respect, Grover is in that top tier of guys because of his humble heart. He’s got this humble heart, yet he is a fierce competitor. I love guys like that – guys that are fierce competitors. So, he’s having a monster year.”

Colts defensive coordinator Matt Eberflus said Stewart’s success has been no surprise considering how hard he practices each and every day.

“A lot of the time that position, the nose tackle position, is underappreciated,” Eberflus said. “Not in our building, it’s much appreciated when you have a guy that is able to grind it out every single day and to practice the way he does.”