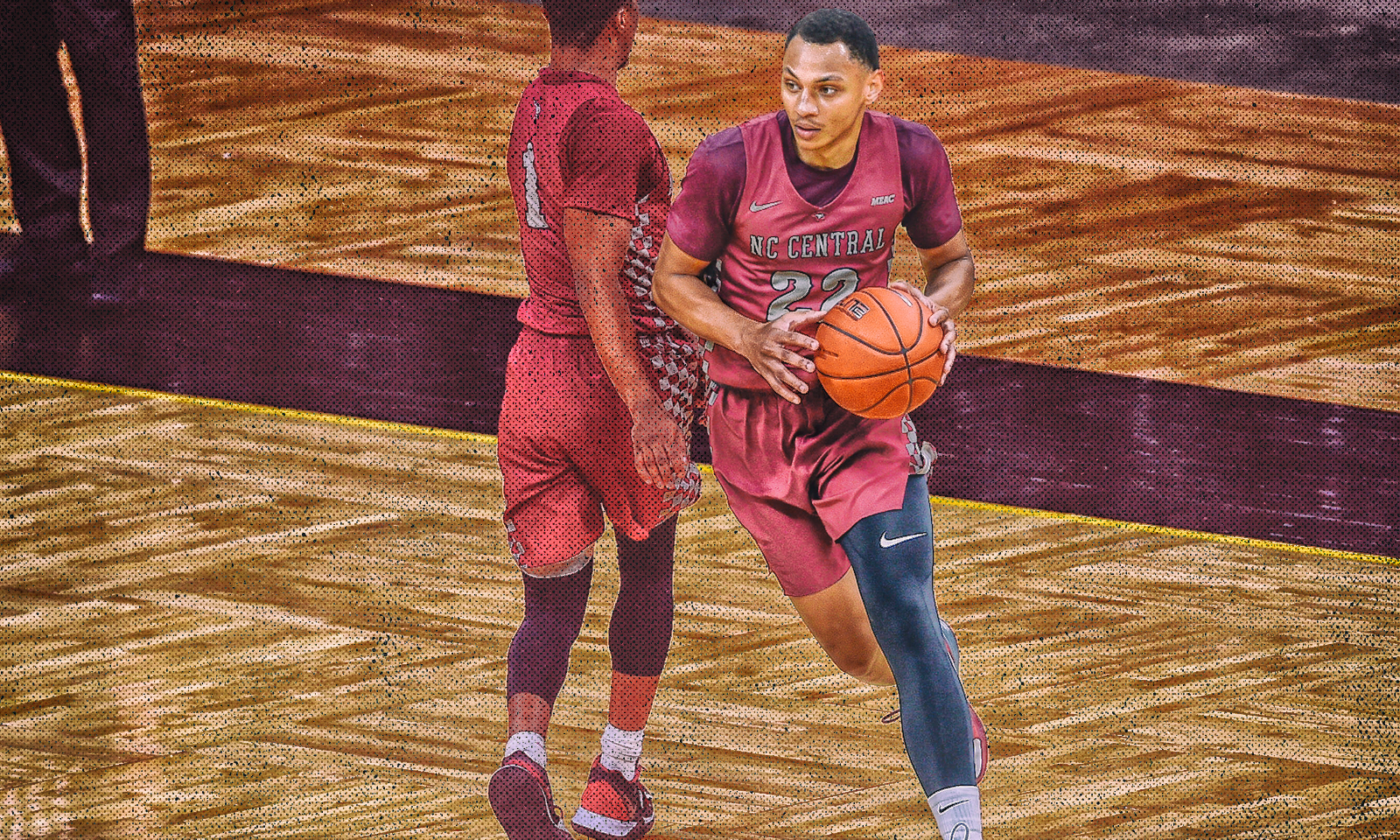 North Carolina Central University and Southern University needed a second-helping of basketball to decide a winner.

The game went into overtime and NCCU helped itself to an 85-78 win on Thanksgiving Day. The Eagles shot over 80 percent in overtime at Carver-Hawkeye Arena in Iowa.

NCCU (1-1) and SU (0-1) were evenly matched in the first half, and both teams took turns going on runs.  The Eagles sprinted ahead with an 11-0 run to lead 22-14 with 9:26 left in the first period, and held the Jaguars without a field goal for four minutes during that stretch.  However, SU had the final attack before the first buzzer as it went on a 7-0 run in the closing minutes to take a 38-36 lead at the intermission.

Deven Palmer (Hyde Park, Mass.) followed Jamir Moultrie’s (Washington, D.C.) opening act from the season-opener against Iowa as he also made his first two three-pointers of the contest, and C.J. Keyser (Baltimore, Md.) supplied an energetic 15 points in the first 20 minutes of play for the Eagles.

The second half was a mixture of hot- and cold-streaks.  NCCU held SU without a made field goal for over eight minutes in the closing stages of the second half, and Moultrie hit a critical three-pointer to send the Eagles ahead, 67-66 with under two minutes to play.  The Jaguars responded with a three-pointer of their own to break the drought from Brendan Brooks (Dallas, Texas) to rocket SU ahead, 69-67 with just 20 seconds left.  Keyser dug deep and hit a buzzer-beating layup for the Eagles to tie the game at 69, and send the game to an extra period.

SU scored first in overtime, but the Eagles fired back quickly with an 8-0 run to sprint ahead, 77-71 with 2:58 left in the added frame.  Keyser tallied seven points in overtime to help NCCU outscore Southern, 16-9, and secure a dramatic 85-78 victory for the first win of the campaign.

NCCU went 5-for-6 (83.3 percent) from the floor and from the free throw line in overtime, and also nailed its only three-pointer attempted in the period.

The Eagles will visit Wofford next on Dec. 3, as the team continues a six-game road trek to open the season.