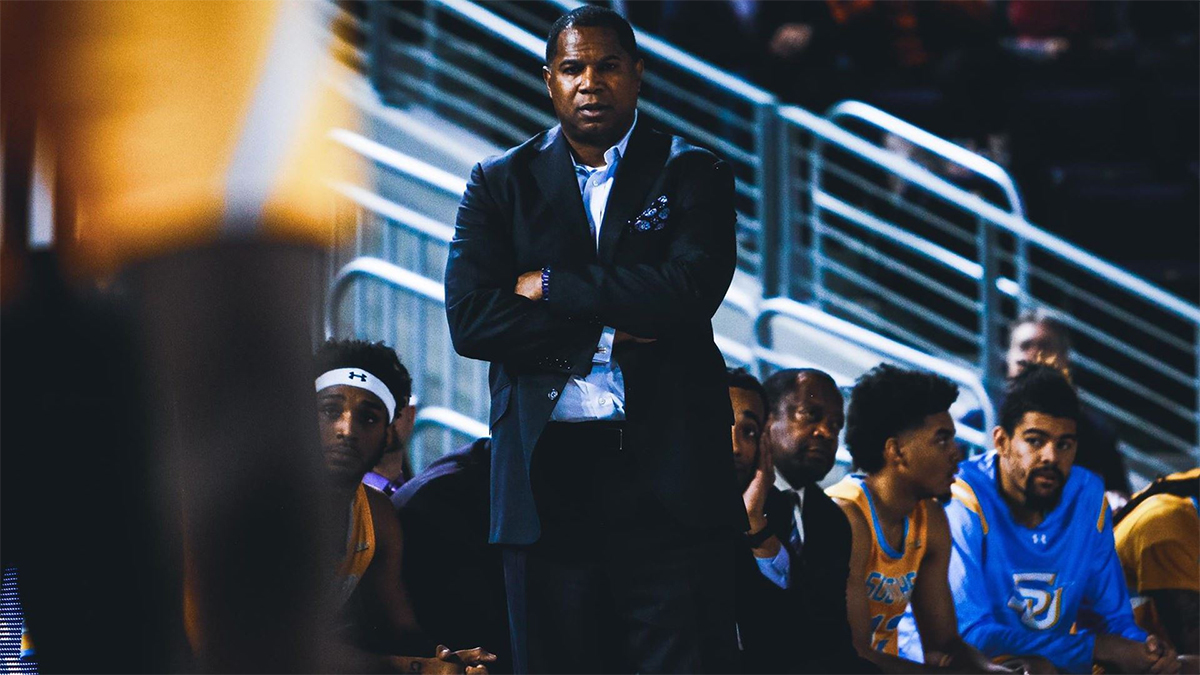 Southern University basketball has a rich history. Sean Woods is hoping to position SU as a destination for top talent seeking the HBCU experience.

Woods played basketball at Kentucky, which is a basketball school in the football-centric SEC. Now he’s headed into this third season at one of the SWAC’s most prestigious basketball programs looking to get it back to prominence.

Southern has nine SWAC Tournament titles and the same number of NCAA Tournament appearances. The Ben Jobe “Runnin’, Gunnin’ Jags Era included future NBAers Avery Johnson and Bobby Phills. They played a high-octane game that was not only fun to watch — it won championships. Their impact lives on in the rafters of the F.G. Clark Activity Center.

Southern hasn’t won the SWAC since 2016, but expectations are still high in North Baton Rouge.

“They see the banners when you walk in here. The expectations,” Woods told HBCU Gameday. “They see the enthusiasm of the crowd, especially this last year or so. And that’s what we’ve been selling. A lot of people have been catching on, and come to find out that Southern University is not a bad place to play basketball.”