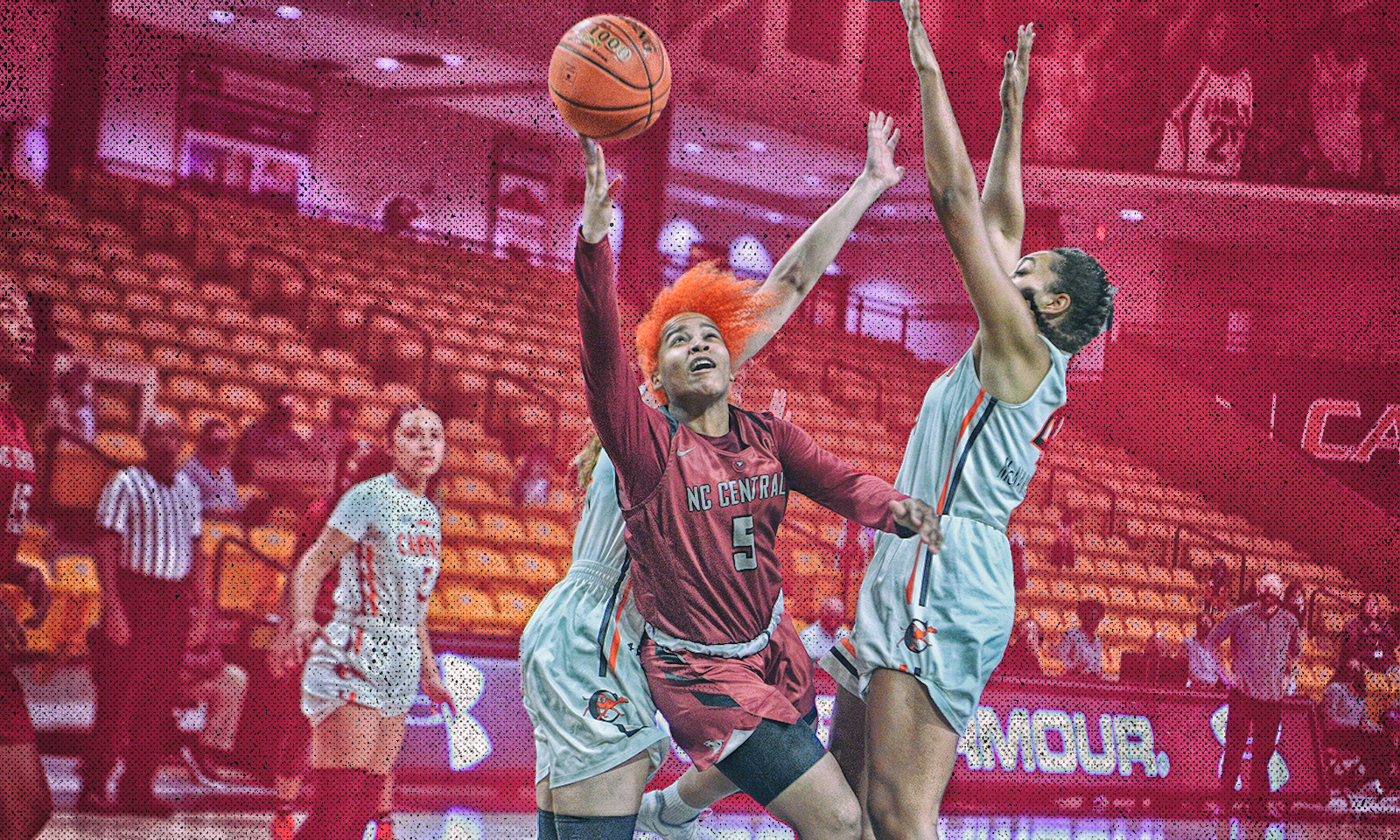 NCCU (1-0) was coming off a win in the quarterfinals of the 2020 MEAC Tournament when the season ended suddenly due to the coronavirus pandemic. The Eagles had to wait 259 days before playing their next game, but they would not let that next chance go wasted by rallying from a 15-point deficit and win their third straight game.

White drilled her final two baskets at the 2:41 and 1:45 marks of the second overtime, providing NCCU with its largest lead of the game at 68-63. The Eagles then held on to win by the same margin.

Both teams struggled from the free throw line late, but White had the best performance from the charity stripe for the visitors by going 7 for 10 (70%).

Sophomore forward Anissa Rivera netted her seventh career double-double by providing the Eagles with 16 points and a game-high 14 rebounds. She swatted away a pair of Campbell shot attempts in the final 20 seconds of double overtime to preserve the NCCU lead. Rivera finished with five blocks.

Rivera swished four early points to provide the Eagles with their only lead of regulation at 4-1. However, she quickly drew two fouls in an 11-second span and missed the final six-plus minutes of the first quarter. The Camels outscored NCCU 14-9 from that point to pull ahead 18-13 after the first period.

Campbell (0-1) – the reigning Big South Conference regular season champions – remained ahead 33-25 at halftime before constructing its largest lead of the contest of 15 points (44-29) midway through the third quarter.

NCCU answered and closed the period on a 12-2 run to pull within five points (46-41), including five points by Washington on a 3-pointer and a reverse layup.

The Eagles kept the momentum, tying the score on three occasions in the fourth quarter. A couple missed free throws prevented NCCU from taking the lead and an inadvertent whistle on what looked to be a breakaway chance for the Eagles with 4.6 seconds left in regulation sent the game into OT. White stole the ball just moments before the horn went off on an expiring Campbell shot clock to eliminate that potential game-winning fast break opportunity.

A putback layup by Hope had the Eagles up in the final minute of the first overtime. However, junior Shyanne Tuelle made a running layup in the final moments to force another five-minute period.

A pair of made free throws by McBride on NCCU’s opening possession of the second overtime gave the Eagles the lead for the last 4:41, which was then aided by the back-to-back jumpers from White.

The Eagles defeated the Camels for a second straight season and are victories in their season opener for the first time in four years when they last knocked off Longwood University to start the 2017-18 season.

An aggressive defense that forced 28 Campbell turnovers helped the maroon and gray steal the win. The Eagles finished with 19 thefts (only had more steals on one occasion last season with 22 against Washington Adventist University) and a 24-13 surplus on points off turnovers.

NC Central will next play at High Point University on Monday, Dec. 7 at 6 p.m.