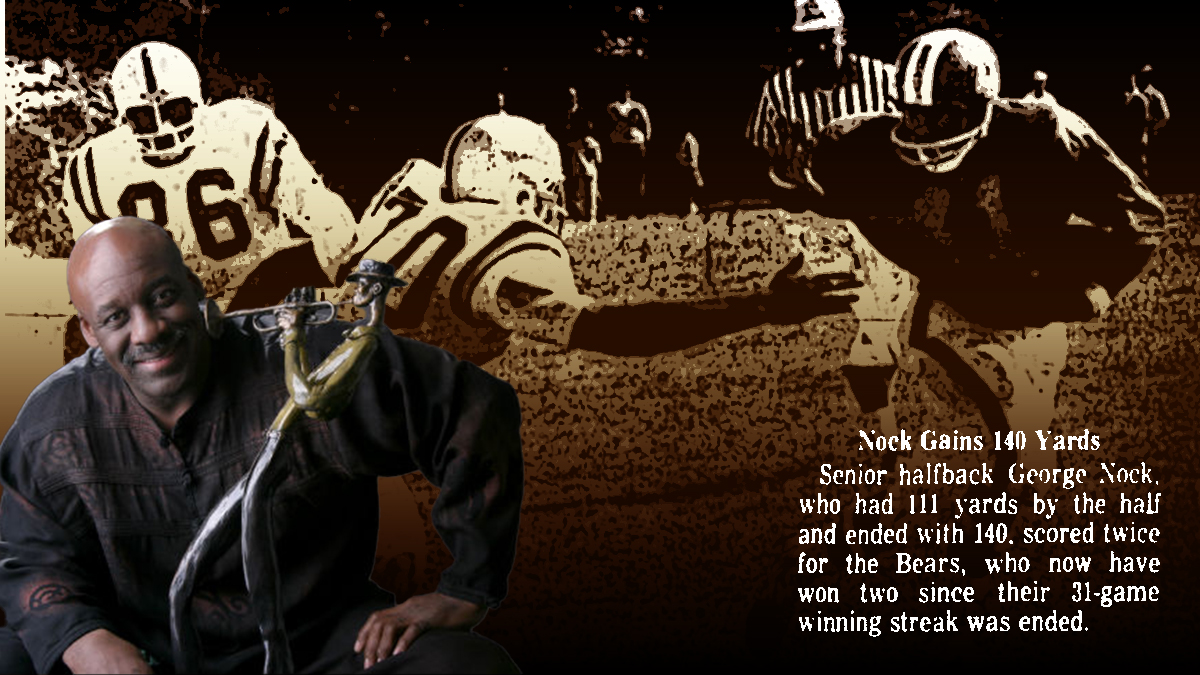 Morgan State’s George Nock was an All-CIAA performer on one of the most dominant teams in HBCU history. He left his mark another way, too.

BALTIMORE, Md. (November 23, 2020) – Morgan State University is saddened to report the death of former Bear running back George Nock who died this past weekend in Emory Hospital in Atlanta, Georgia.

Nock attended Morgan State University from 1964 to 1969 where he received a B.S. in Psychology. Nock was a star running back while at Morgan, he also received All-American honorable mention, All-Central Intercollegiate Athletic Conference (CIAA), All-State, and All American-Black Colleges. He was named captain of the team for two years.

As a freshman, in the 1965 Orange Blossom Classic, Nock returned a punt 45 yards for a touchdown in a victory over Florida A&M for the mythical black college national championship. As a senior, he rushed for 87 yards to help beat Grambling, 9-7, in the first game played at Yankee Stadium between two historically black schools. Twice, he made All-CIAA first team and averaged six yards a carry.

A 16th round draft pick of the New York Jets in 1969, he played three years there and one with the Washington Redskins. In Nock’s best year (1970) he rushed for 402 yards, caught 18 passes and scored six touchdowns. In a 20-10 upset of the Minnesota Vikings, he ran for 117 yards, the only player to gain at least 100 yards that season against the NFL’s No. 1-ranked defense.

In 2017, Morgan State University unveiled its campus memorial to the institution’s athletic greats. The memorial, Legends Plaza, was designed and created by the artistic vision of Nock – a self-taught and celebrated artist.

George Nock said he took on the Legends Plaza project as a way to add to his own artistic legacy as well as inspire current Morgan students to excellence and give a gift to “everyone that has gone to Morgan (and) everyone who has known about Morgan or has heard about Coach Banks, Coach Hurt or the legacy of the Morgan Bears. All of these things are what was on my mind to have these people enshrined in bronze.”

Nock’s work will live on at his alma mater.