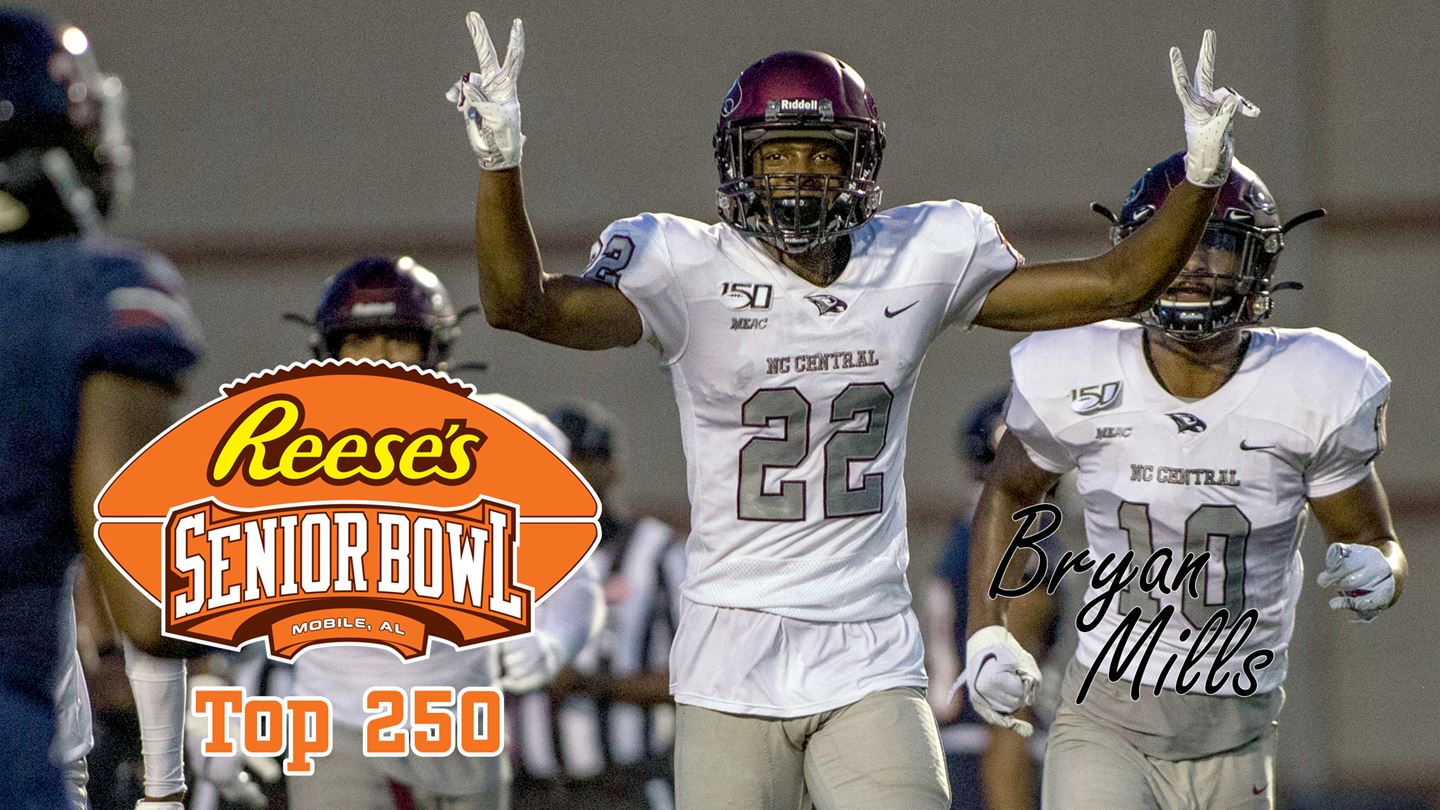 MOBILE, Ala. – When North Carolina Central University senior cornerback Bryan Mills accepted an invitation to participate in the Reese’s Senior Bowl on Wednesday, he became just the third NCCU Eagle in school history to earn an invitation to the nation’s most prestigious college all-star game.

Mills, a native of Palmdale, California, joins former NFL Pro Bowl selections Doug Wilkerson (1970) and Robert Massey (1989) as the only NCCU representatives invited to play in the Senior Bowl.

The Reese’s Senior Bowl is scheduled for Jan. 30, 2021, at the University of South Alabama inside Hancock Whitney Stadium. The annual event showcases the best NFL draft prospects among players who have completed their college eligibility. In the past two years, 93 players from the Reese’s Senior Bowl have been selected in the NFL Draft.

The Reese’s Senior Bowl distinguishes itself from other all-star games by having two full NFL coaching staffs. Last year, the two teams were coached by the Detroit Lions and Cincinnati Bengals, and there were more than 900 credentialed NFL personnel in Mobile, Alabama, for game week.

Bryan Mills was voted as a 2019 First Team All-MEAC honoree and selected to the AFCA Football Championship Subdivision (FCS) Coaches’ All-America Team and BOXTOROW All-America Team in his first season at NCCU after transferring from the College of Canyons. Mills led the conference with five interceptions, and ranked second in the MEAC with 13 passes defended. He also accounted for 22 tackles.

In April, Mills was placed on a list of the top HBCU prospects for the 2021 NFL Draft by Draft Diamonds.

With the support of the NCCU coaching staff, the highly-touted cornerback has opted to forgo his senior season in order to pursue his NFL aspirations.