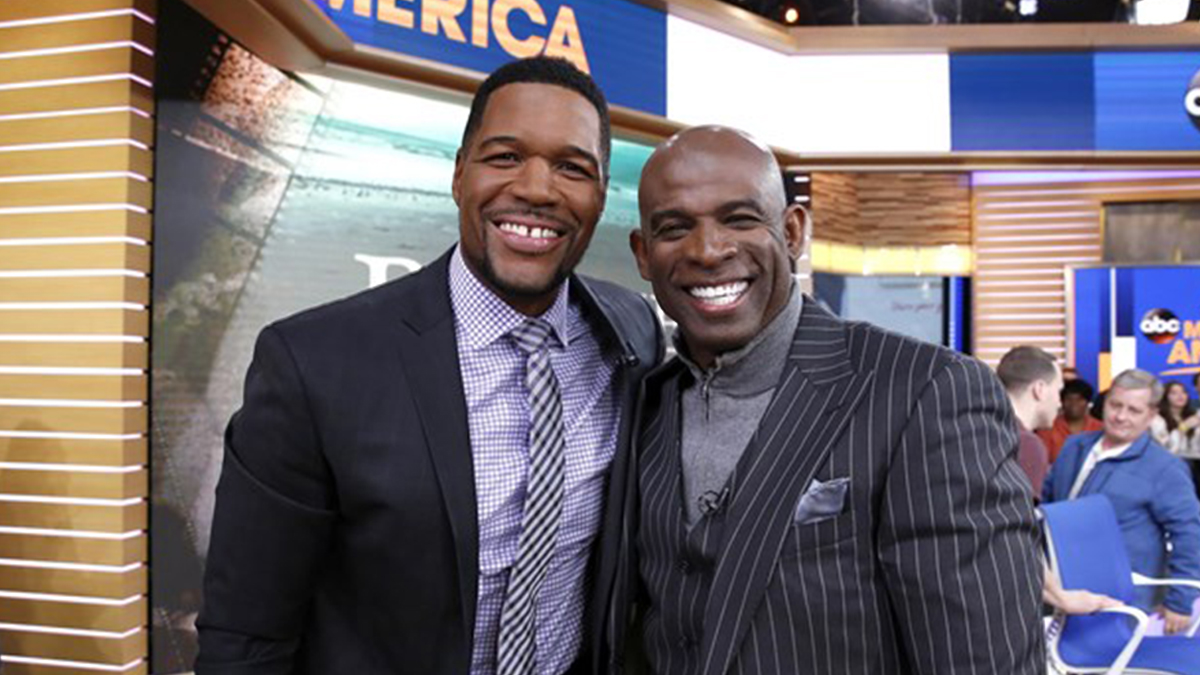 After starting the process to alter Jackson State’s on-the-field look, Deion Sanders is teaming up with Michael Strahan to make his team look good off it.

Deion Sanders and Michael Strahan have hooked up once again, this time to hook up Jackson State football.

“On Gameday the Jackson State Tigers don’t expect to just win on the field— but off the field. We will look good and feel good, which constitutes us to play good,” Sanders said. “Coach Prime and Collection By Michael Strahan are a winning team.”

Collection by Michael Strahan is an exclusive brand of men’s tailored clothing—suit separates and sport coats—, dress shirts, neckwear, belts and accessories for less than $200.

Strahan’s Collection was previously available only at JC Pennys, but it is now available at Men’s Wearhouse.

“Michael Strahan is highly regarded for his impeccable style, which is reflected in every aspect of his personal and professional life. He’s the kind of dresser that always looks put together without a lot of effort,” said John Tighe, senior Vice President of men’s apparel for JCPenney. “Collection by Michael Strahan is designed for the active, style-conscious man – qualities exemplified by Michael himself, making him the perfect brand partner for this line.”

Strahan is not only a football legend and media personality— he’s also a product of an HBCU. He played his college ball at Texas Southern, harassing SWAC football quarterbacks in the late 1980s and early 90s. He was drafted in the third round by the New York Giants and the rest is history. He’s also given back to his alma mater many times over.

Deion Sanders has already switched Jackson State’s on-the-field look. Now he’s getting them ready off the field as well.