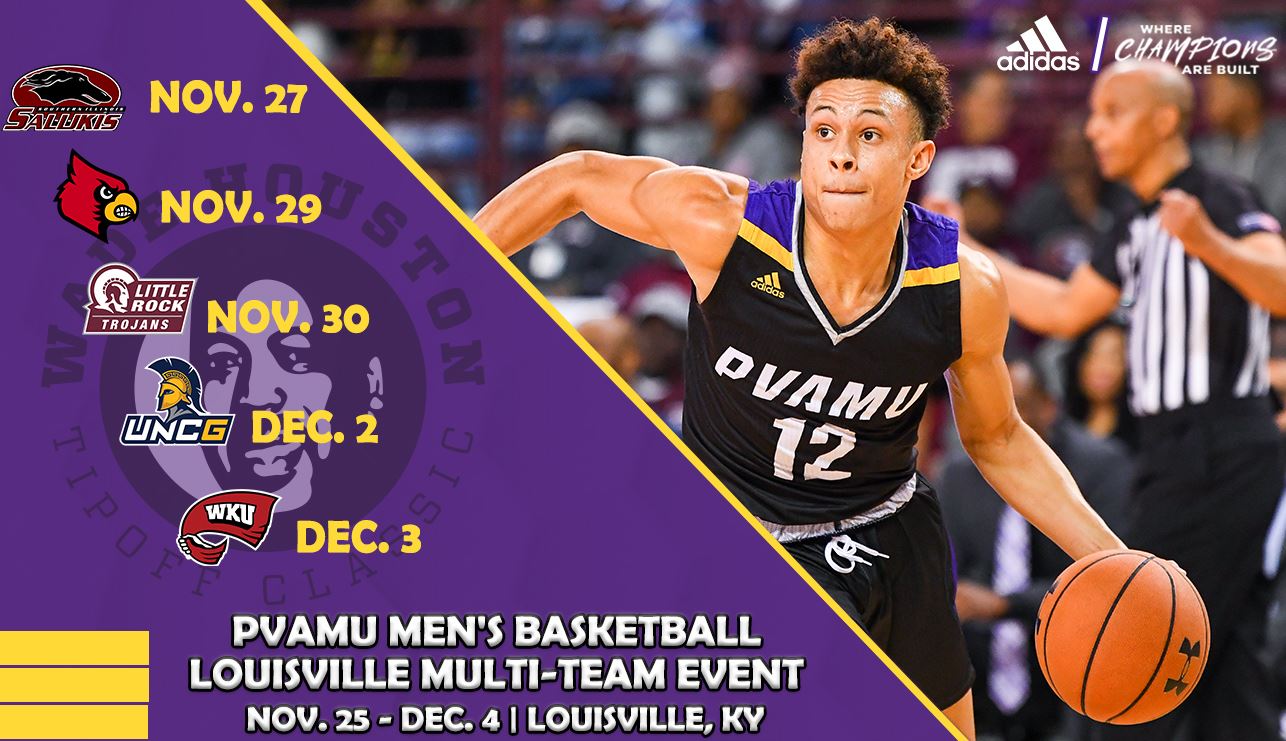 Some fun matchups slated for the Louisville based tip-off classic.

Prairie View A&M is one of five teams that will play five games during the Wade Houston Tip-Off Classic. Two of the Panthers’ games will be considered part of the event, while three will be noted as standard non-conference contests. Over the course of the event, PVAMU will face Southern Illinois, Louisville, Little Rock, UNC-Greensboro and Western Kentucky.

The Panthers enter the 2020-21 season in search of its third-straight conference championship following a 19-13 record in the prior campaign. Led by key returnees such as guard Faite Williams and forward Lenell Henry as well as a talented recruiting class, pundits have tabbed the Panthers to finish third within the SWAC.

The namesake for the event was the first African American to earn a scholarship to play at UofL. Houston went on to a successful coaching career where he served on a Louisville staff that guided the Cardinals to a quartet of Final Four appearances and two national championships in the 1980s. He later became the first African American head coach in the history of the Southeastern Conference when Tennessee hired him in 1989.

Game times and television assignments for the games will be determined later. Below is a full breakdown of PVAMU’s schedule within the event. All games will be played at KFC Yum! Center in Louisville. Teams will stay at the adjoining Galt House Hotel.