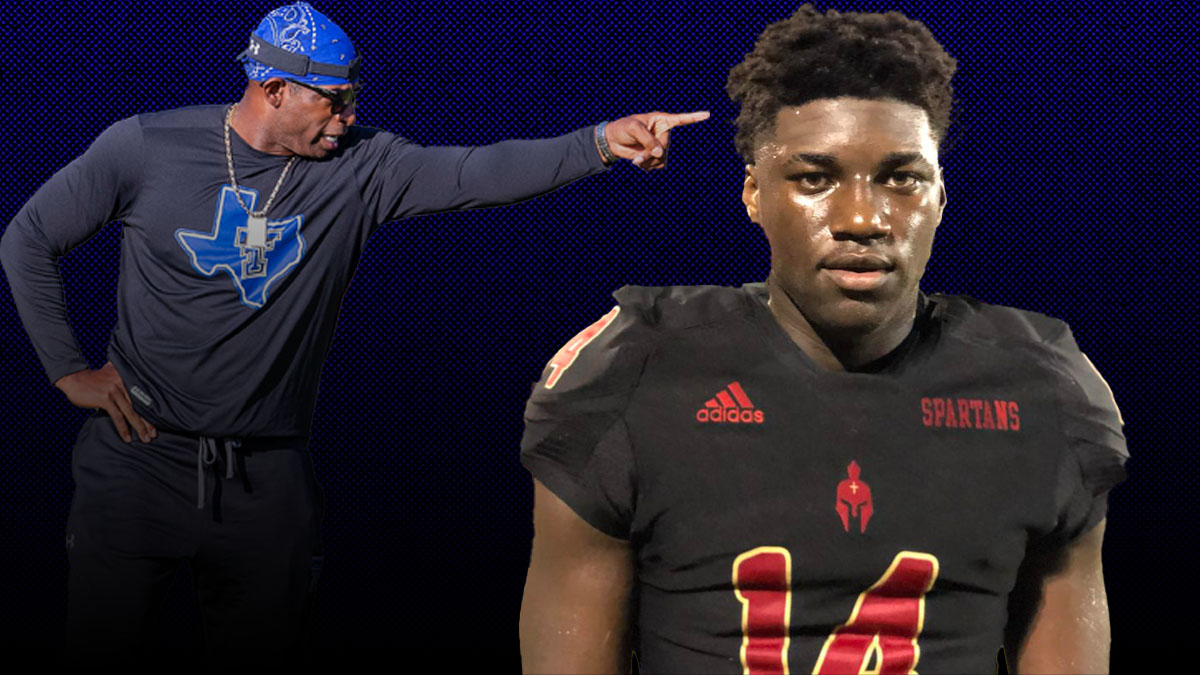 Deion Sanders said he wanted “dogs” and he’s going looking for them. Shemar Stewart, a top prospect in the 2022 class, fits that bill.

Deion Sanders said he would after the best prospects, and Shemar Stewart fits the bill.

The 6’6, 240 pounder from Miami is the top defensive lineman in the nation in the class of 2022. He has offers from Alabama, Florida, Georgia, LSU, Miami and Penn State. And now he has one from Sanders and Jackson State.

Here’s what Sports Illustrated’s Brian Smith had to say about Stewart.

Sanders has said from Day One that he wanted the best talent he could get.

Stewart definitely fits that bill, as does Sanders’ son Shedur. The younger Sanders has committed to Florida Atlantic, but he has an invitation to join his father.

There is still two more years before Stewart will suit up for college ball. However, Deion Sanders and Jackson State are once again attacking the narrative that HBCUs don’t make an attempt to reach top prospects.