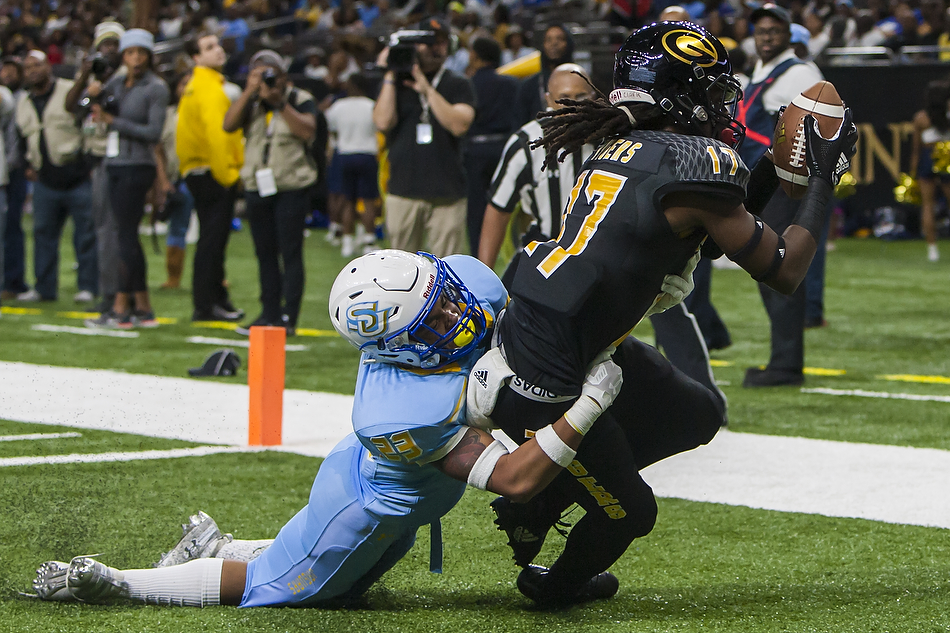 Bayou Classic will be held in Shreveport next spring

The Bayou Classic will be taking its talents to Shreveport, Louisiana. The game will take place this spring as the Mercedes-Benz Superdome undergoes renovations.

The Bayou Classic is headed to North Louisiana.

The 2021 spring game between Southern University and Grambling State University will take place in Shreveport, Louisiana at Independence Stadium. Shreveport officials, along with representatives from both universities, announced the move on Monday.

The game is set for April 17 per the schedule issued by the SWAC.

“We plan on coming to Shreveport, enjoying ourselves and taking in the warmness of this community,” Southern University President Ray Belton said. “But certainly, we’re coming here with a purpose. And that is to represent Southern University, to maintain our rightful place as competitors in the SWAC.”

The speculation about the next Bayou Classic began almost as quickly as COVID-19 began to shut down the country. New Orleans Mayor Kim Cantrell pushed for large-scale events to plan on not coming to the city in 2020. Two months later, Southern University Director of Athletics Roman Banks listed three possible locations for the classic. Both home stadiums of Grambling and Southern were listed among the possibilities, as well as Shreveport.

The Mercedes-Benz Superdome is slated to undergo renovations work next spring.

This will mark the first time since 2005 that the Bayou Classic has been played outside of New Orleans. That year damage to the Superdome from Hurricane Katrina and the displacement of large segments of the population forced the game to be played in Houston.

Both coaches expressed excitement in keeping the game in Louisiana.

While this will be the first Bayou Classic held in Shreveport, it isn’t the first time two teams have played there. GSU and Southern met in Shreveport on Nov. 17, 1973 in a game Grambling won 19-14.

Southern University has won the last two Bayou Classics to claim the SWAC West title. The series is tied 23-23 in the Bayou Classic Era.

Bayou Classic will be held in Shreveport next spring