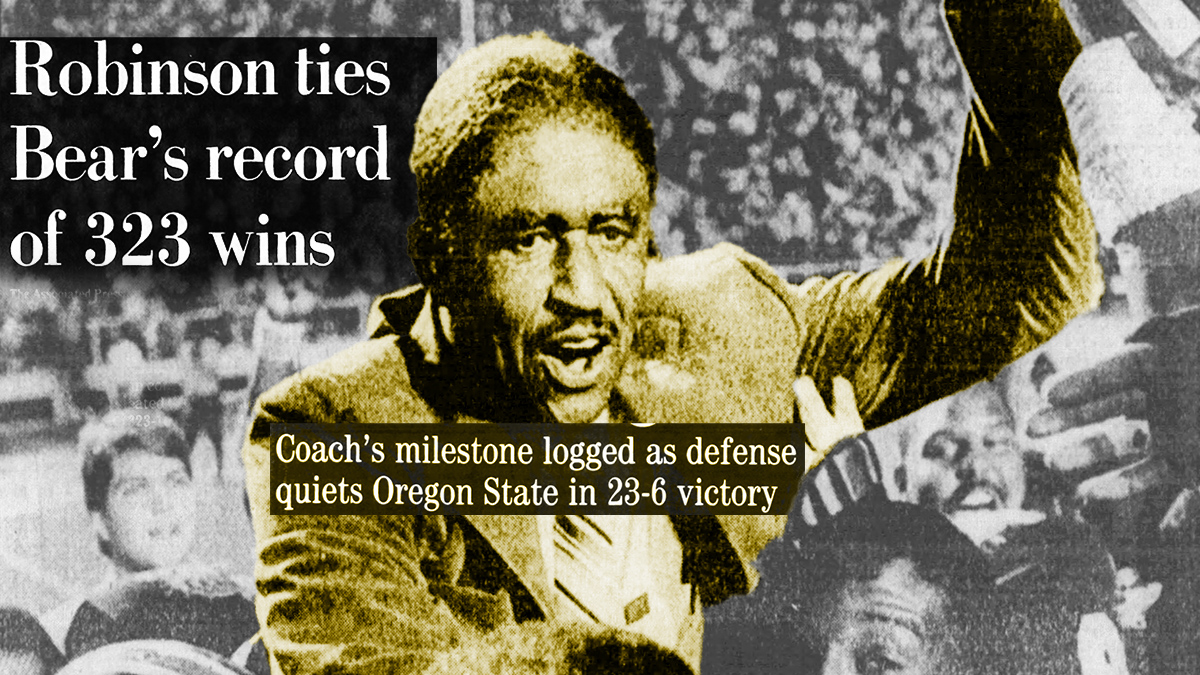 Eddie Robinson was hired as head coach at Grambling in 1941, at the age of 21. He was paid $68 a month, not only to coach the school’s young football team, but also to mow the field as well as paint it.

Grambling faced off against Oregon State, a Division I-A (now FBS) opponent. A win would give Robinson win number 323, tying him with the immortal Paul “Bear” Bryant of Alabama.

The game was played in front of 13,000 fans at Independent Stadium in Shreveport. Quarterback Terrell Landry threw four interceptions but also threw two touchdown passes. Grambling’s defense flexed its muscle and when the dust cleared, GSU picked up a 23-6 win.

“It’s really not the 323,” Robinson told The Shreveport Times after being carried off the field. “It’s the win.”

The path to Robinson’s record-breaking career started with a win against Huston-Tollison on Nov. 15, 1941. The school was known as Louisiana Negro Normal College at the time. He had quit his jobs at a feed mill and working on ice-wagon to take control of the fledgling program.