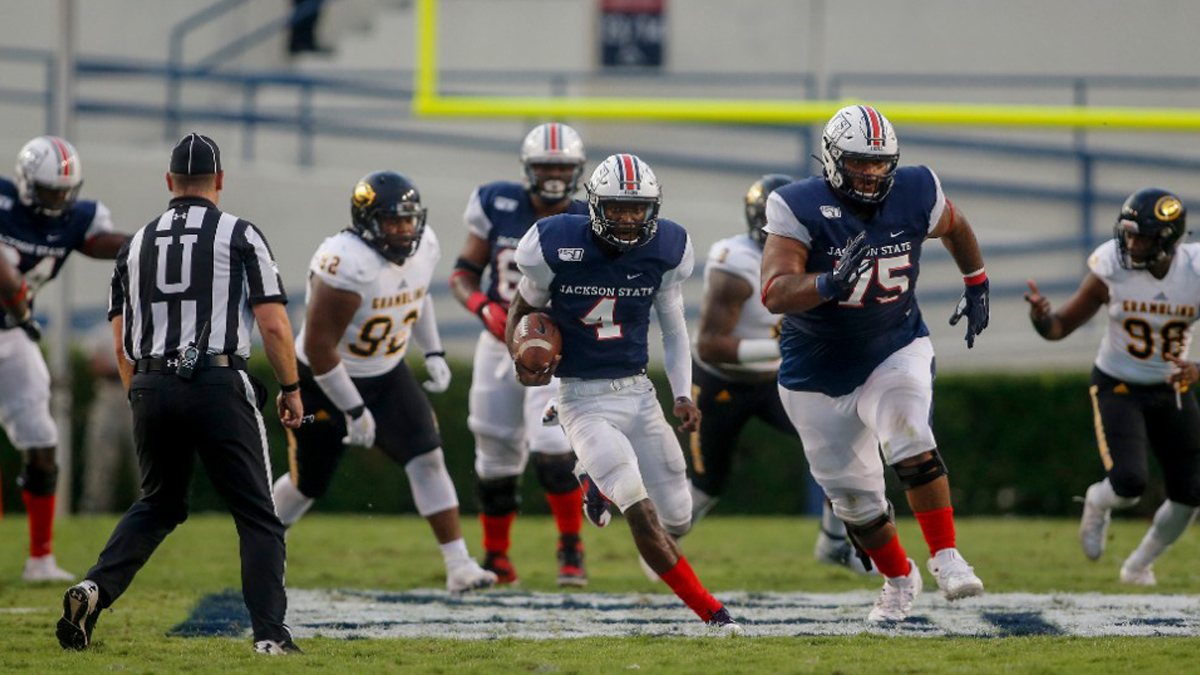 Jackson State to open the season with Edward Waters

Courtesy: Jackson State Athletics
JACKSON, Miss. — The Jackson State Division of Athletics is pleased to announce it reached an agreement with Edward Waters College and the two programs will meet either February 19 or 20 at Mississippi Veterans Memorial Stadium.

JSU will now play eight games, five of them at home, and potentially nine games if the Tigers win the SWAC East Division and play in the SWAC Championship Game.

This comes one week after JSU added Southern in a non-conference matchup.

“We are very happy to add an eighth game and fifth home game to our spring 2021 football schedule,” said Jackson State Vice President and Director of Athletics Ashley Robinson. “I’m very excited for our student-athletes and our fans. We have a great spring 2021 schedule.”

Season ticket packages will be released at a later date.

Fall 2020 season tickets that were purchased can be used for the Spring 2021 schedule.

Jackson State to open the season with Edward Waters