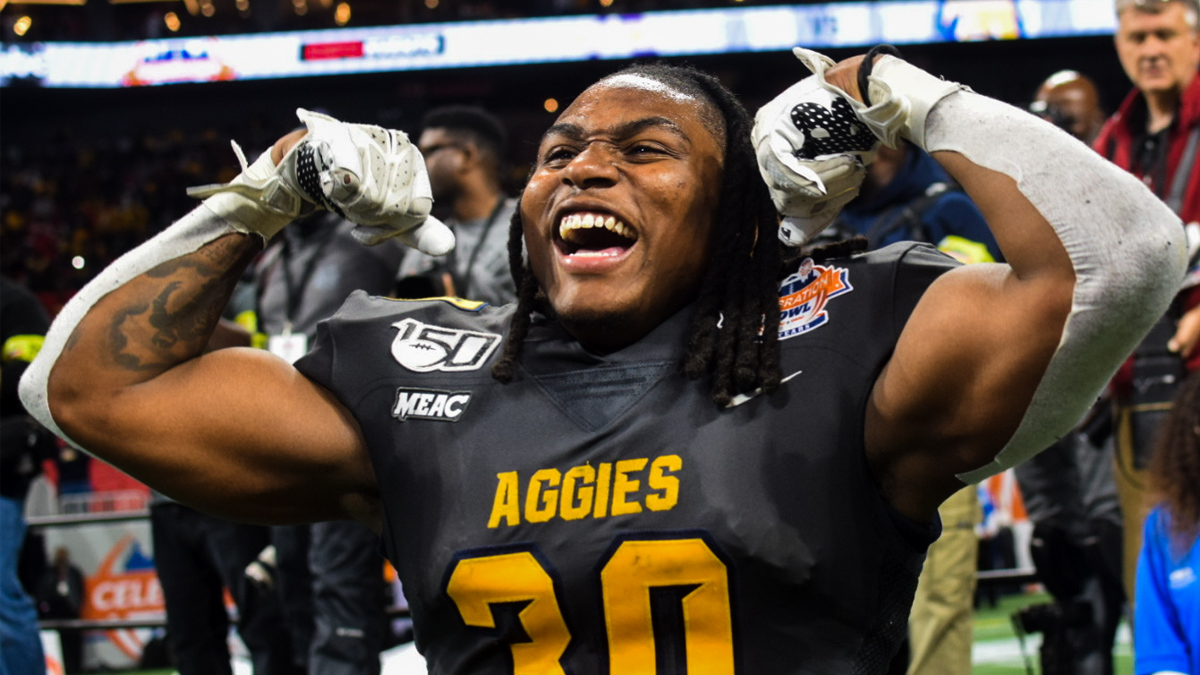 The 2020 preseason MEAC All-Conference team is out. Defending HBCU Gameday/Protect Your Skull Player of The Year headlines the list.

All awards, presented by TowneBank, were voted on by the MEAC’s head football coaches and sports information directors.

After earning First Team All-MEAC honors last season, Martin ended his second year with the Aggies ranked among the top running backs in the country. Martin finished 2019 ranked first in the nation in rushing yards per carry (7.73) and rushing touchdowns with 23. He also ranked second in total touchdowns (23), second in scoring (11.5), fourth in rushing yards per game (120.5) and fourth in total rushing yards (1,446). He had seven games where he rushed for over 100 yards last season, including a 299-yard performance against Charleston Southern on Sept. 14 (which included touchdown rushes of 84 and 76 yards).

The Conway, S.C. native was named to the 2019 Walter Payton Award Watch List after being named MEAC Offensive Player of the Week five times, and he was a finalist for the Black College Football Player of the Year Award. He won the HBCU Gameday/Protect Your Skull National Player of the Year.

Howard was the leader of the Aggies defense in 2019. He led the team in tackles with 79 (43 unassisted) and recorded 8.5 tackles for loss with two pass breakups, two forced fumbles and he recorded a safety at South Carolina State that proved to be the difference in the game. Howard earned Second Team All-MEAC honors in 2019 and led a defense that was fourth in the nation in rush defense and sixth in total defense. He had double-digit tackles three times during the season, including 15 (seven unassisted) at Norfolk State to go along with 4.5 tackles for loss.