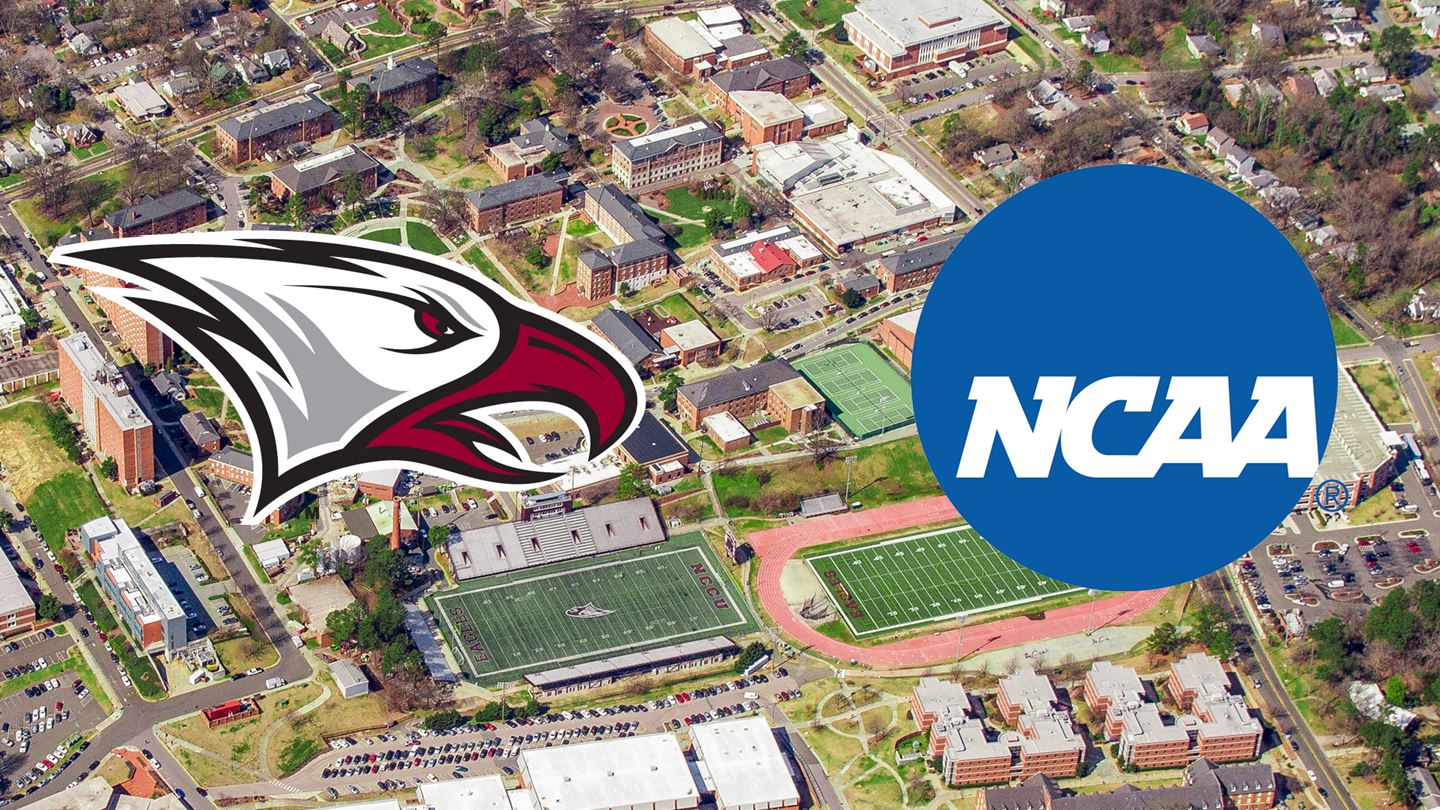 Eight years after exploring a move to Division I, North Carolina Central got the letter that made it official in August 2011.

INDIANAPOLIS, Ind. – At 12:31 p.m. on Thursday, Aug. 11, 2011, North Carolina Central University received a letter from the NCAA confirming the university’s active membership in Division I athletics.

The five-year reclassification process moving from Division II athletics competition to Division I (Football Championship Subdivision) was over, and NCCU became eligible to participate in post-season championships.

“Gaining full membership to NCAA Division I has been our goal for several years now and I am excited and delighted to see it come to pass,” said NCCU Chancellor Charlie Nelms at the time of the announcement.  “I appreciate what a tremendous effort this was for Athletics Director Ingrid Wicker-McCree and her entire team, and I thank and congratulate them for the superb job they did.  The Eagles have arrived!”

In the letter to Nelms, Stephen Mallonee, the NCAA’s Managing Director of Academic and Membership Affairs/Division I Governance Liaison, wrote, “It is my pleasure to inform you that the NCAA Division I Board of Directors approved the recommendation from the NCAA Division I Administration Cabinet to elect North Carolina Central University to Division I active membership effective September 1 (or the beginning of the 2011-12 academic year if earlier than September 1).”

“I am thrilled about the NCAA’s final decision,” said NCCU Athletics Director Dr. Ingrid Wicker-McCree.  “We worked diligently towards meeting all of the requirements set forth by the NCAA and with the continued support from Dr. Nelms and our Board of Trustees, we accomplished a magnificent task.  We will strive to continue meeting all NCAA Division I and MEAC requirements.  Our continued goals are to graduate our student-athletes, win championships and maintain institutional control.”

In 2003, the NCCU Board of Trustees approved the establishment of a Reclassification Task Force, looking into the potential transition from Division II to Division I athletics.

The journey to NCAA Division I ranks officially began on Nov. 16, 2005, when the NCCU Board of Trustees voted unanimously approving the university to move forward with making an application to the NCAA to reclassify its athletics program to Division I.

The Eagles captured eight conference team titles in their final two seasons (2005-06 & 2006-07) as a Division II member in the CIAA (Central Intercollegiate Athletic Association) before competing as an independent without conference affiliation starting in the fall of 2007.

On Sept. 10, 2009, the MEAC (Mid-Eastern Athletic Conference) announced that NCCU as its 13th member institution effective July 1, 2010. The Eagles spent the 2010-11 campaign as provisional members of the MEAC, meaning they were not eligible to compete for a conference championship or earn conference accolades.

On Aug. 26, 2011, the NCCU volleyball team participated the first athletic competition as an active Division I member when the Eagles hosted Campbell inside McDougald-McLendon Arena.

Ironically, it was the volleyball team that opened NCCU’s Division I era back on Aug. 24, 2007. Although just one year removed from Division II status and playing as a reclassifying program without a conference to call home, the Eagles captured wins over MEAC foe Norfolk State and ACC opposition North Carolina State on that historic Friday.