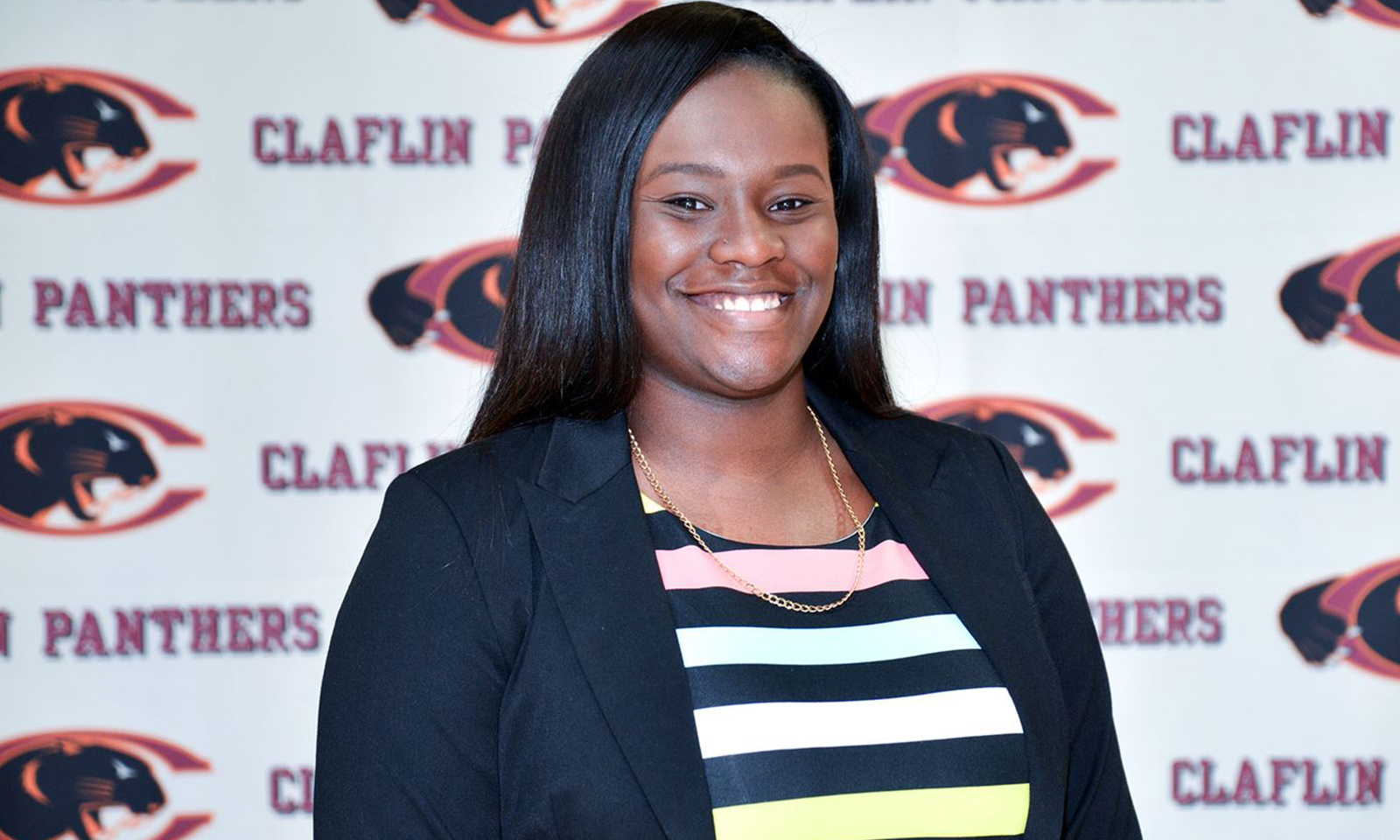 She’s been an assistant, an interim, and now after four seasons she’s leading the Panther volleyball team.

Orangeburg, S.C. – Athletics Director Tony O’Neal announces that Chymaine Guinyard has been elevated to head volleyball coach at Claflin University.  Guinyard, who served as the interim head coach last season, has been a member of the coaching staff for four seasons, including  serving the 2017 and 2018 seasons as the assistant coach.

“Chymaine has proven that she is more than ready to handle the role as head coach,” O’Neal said.  “She has a lot of enthusiasm and is a hard worker. As an alum of the program, Chymaine believes in the Claflin brand and has been working hard over the last few months to ensure that her team is ready to compete once play resumes.”

Prior to joining the Lady Panthers coaching staff, Guinyard was the head volleyball coach at Calhoun County High School in St. Matthews, SC.  In her only season at Calhoun County, Guinyard guided her team to the Class 2A playoffs.  One of the players that played for her ended up being featured as the WLTX Player of the Week while another was named to the Class 2A All-Region Team.

Guinyard is a Charter Member of the Timothy J. Autry Theta Chapter of Chi Alpha Sigma National College Athlete Honor Society, and a member of Delta Sigma Theta Sorority, Inc. She also serves as the University lead for the APPLE Training Institute/NCAA Sport Science Collaborative and is IMPACT certified through the Palmetto Volleyball Association as well as a member of USA Volleyball.

Guinyard received her Bachelor of Science in Sociology from Claflin in 2016.