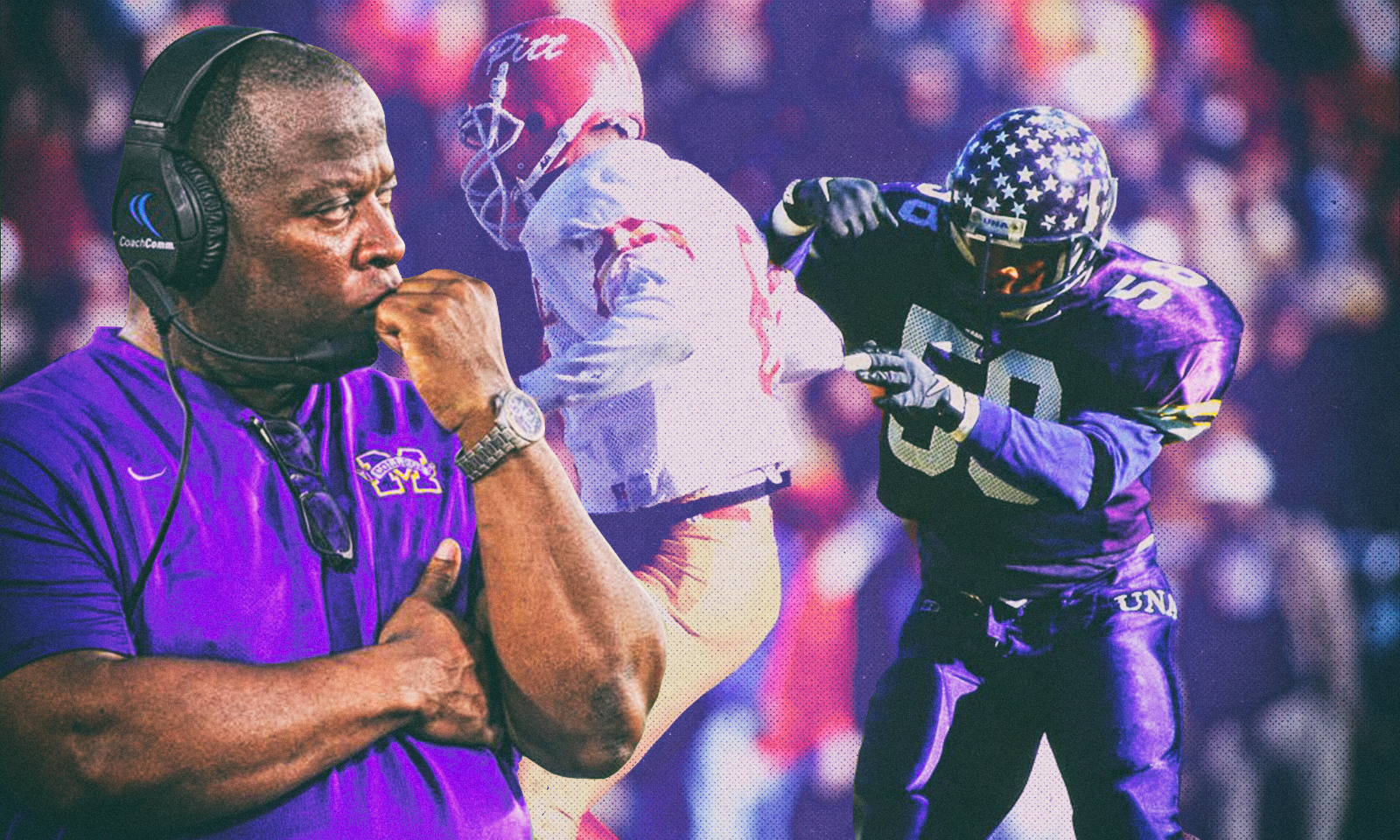 The current athletic director and head football coach at Miles College in Birmingham, Ala., Reginald Ruffin, has been added to the University of North Alabama Athletic Hall of Fame Class of 2020, and will be inducted on October 31 with Lance Ancar, James Barksdale, Troy Nelson and Amber Rutherford.Ruffin was a four-year starter and three-time All-American on football teams at UNA from 1994-97.

He previously received the necessary votes to be inducted but would have been unable to take part in the ceremony due to his coaching and administrative duties. With the recent announcement that the Southern Intercollegiate Athletic Conference (SIAC) will not participate in fall sports, Ruffin is available to attend and was added to the hall of fame class.

A native of Butler, Ala., Ruffin is just the second player in UNA football history to be a three-time All-American, along with former teammate Ronald McKinnon, and is the only Lion to be named All-American at two different positions.

He earned All-American recognition at defensive end in 1995 and 1996 and was an All-American linebacker in 1997.He set school records for most career sacks with 34 and most sacks in a season with 11 as a freshman in 1994.

His career sacks and tackles for loss total 431 yards in losses. Ruffin played on UNA teams with a combined 43-9 record that included Gulf South Conference and NCAA Division II National Championships in 1994 and 1995.In 1994, Ruffin was selected Gulf South Conference Freshman of the Year and helped lead UNA to a 13-1 record that included the Lions’ second straight NCAA Division II National Championship.

He was also selected Gulf South Conference Defensive Player of the Week vs Albany State on Sept. 2. The Lions defense led Division II in rushing and scoring defense in 1995, was second in total defense and 13th in passing efficiency defense. UNA went 14-0 in 1995 to claim its third straight GSC and Division II National Championships.

In 1996, Reginald Ruffin was selected second-team All-American by the Associated Press, CoSIDA and the Football Gazette. He was also named first-team All-Gulf South Conference and first-team CoSIDA All-South Region. He made 51 tackles with 14 quarterback pressures, nine tackles for loss of 41 yards, 9.5 sacks for 91 yards and recovered two fumbles.

Following his playing days, he was named to the 50th Anniversary UNA Football Team for 1949-98, the UNA Team of the Decade for 1989-98 and the Gulf South Conference Team of the Decade for the 1990s.He is a 1998 graduate of UNA and also holds a Master’s degree in Education Administration from Nova Southeastern University in Fort Lauderdale, Florida.

Following college, Reginald Ruffin served as athletic director and head football coach at Choctaw County High School in his hometown and had other stops at West Georgia, UNA and Jackson High School in Jackson, Ala., before being hired as an assistant coach at Tuskegee University in 2002. After an initial two seasons at Tuskegee, he later returned to Tuskegee for another five year stint where he served five seasons with the Golden Tigers as defensive coordinator and linebackers coach. During that time, Tuskegee led the Southern Intercollegiate Athletic Conference (SIAC) in scoring defense, pass defense and rushing defense in 2007.

His team’s defense finished second in scoring defense and among the leaders in most defensive categories in 2008 and posted the league’s top defense again in 2009. He has a 59-39 record in nine seasons as head coach at Miles, with four Southern Intercollegiate Athletic Conference championships as well as an additional SIAC Championship game appearance.On June 8, 2018, Ruffin added the title of athletic director at Miles. Ruffin is the father of one son, Gabriel.