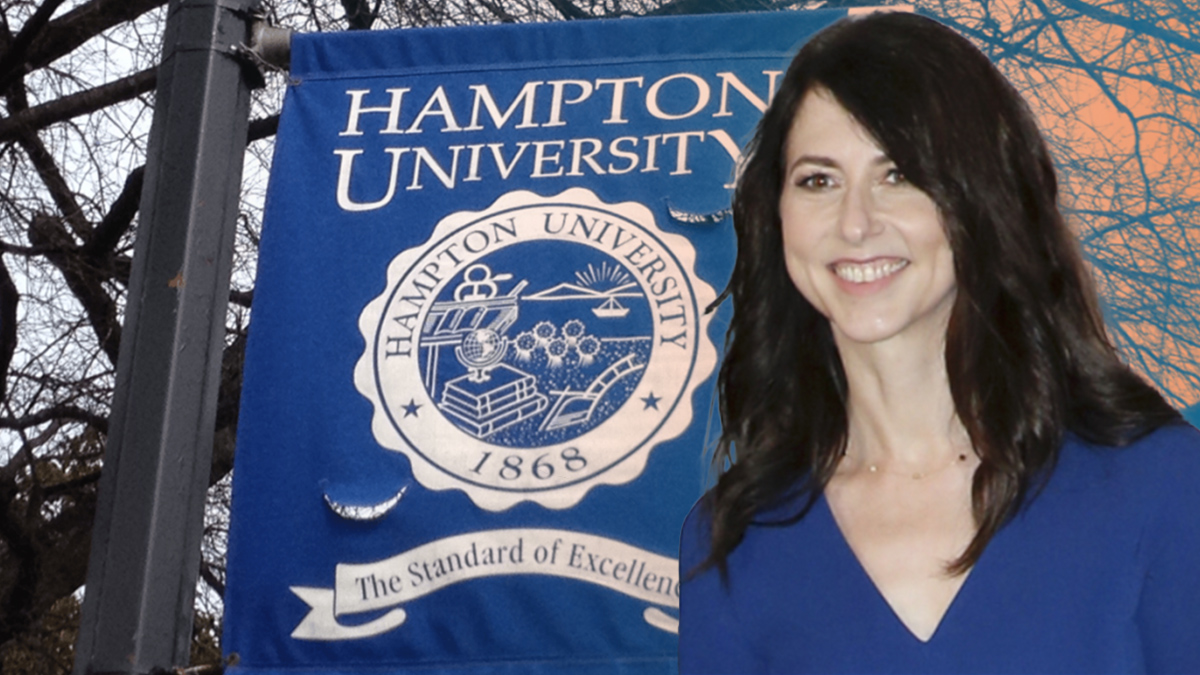 Hampton University received the largest single donation in its history from the billionaire author Mackenzie Scott.

HAMPTON, Va. (July 28, 2020) – Hampton University President Dr. William R. Harvey is pleased to announce that the University has received the largest, single gift in the school’s history of $30,000,000 from Ms. Mackenzie Scott. Ms. Scott made the announcement public on Tuesday.

“I pledged to give the majority of my wealth back to the society that helped generate it, [and] to do it thoughtfully.”

Hampton is one of six HBCUs that Mackenzie Scott donated to this week. The author and ex-wife of Amazon’s Jeff Bezos donated a combined $160 million to those HBCUs.

Dr. Harvey, who has successfully led Hampton University for more than four decades, met the measure that Ms. Scott set. She noted that she wanted to call attention to “organizations and leaders driving change.” She chose Dr. William R. Harvey and Hampton University as one of the institutions because as she explained, the recipients had to “have a track record of effective management and significant impact in their fields.”

“This pure act of benevolence is clearly a game changer and it could not have come at a better time,” said Dr. Harvey. “I speak for the entire Hampton University community when I say we are grateful to Ms. MacKenzie Scott, who has chosen to support us during this unprecedented period of uncertainty.”

Dr. Harvey has sole discretion on how the funding will be used. He has consulted with members of the Board of Trustees, deans, and administrators to review plans for allocating the generous donation. Among the options for funding are the Hampton University Proton Therapy Institute, where lives are saved daily from the devastating effects of cancer. There are also new student scholarships geared to assist high school students who have demonstrated strong character and a yearning for higher education. Further support of the University’s technological advances and upgrades to scientific laboratories campus-wide and more options are available.

Scott deepened the meaning behind her pledge saying, “I watched the first half of 2020 with a mixture of heartbreak and horror. Life will never stop finding fresh ways to expose inequities in our systems; or waking us up to the fact that a civilization this imbalanced is not only unjust, but also unstable,” Scott said. She went on to say, “What fills me with hope is the thought of what will come if each of us reflects on what we can offer.”

Other HBCUs and nonprofits are also receiving donations from Scott who sought guidance from a “team of non-profit advisors with key representation from historically marginalized race, gender, and sexual identity groups.” She also indicated that her work is ongoing and will last for years. This gift will ensure that Hampton University persists in educating the best and the brightest students in the nation and continues its legacy as THE Standard of Excellence.